Lawsuit
'This could have happened to anyone,' says CNN

"While the suit is specific to CNN and Acosta, this could have happened to anyone," CNN stated. "If left unchallenged, the actions of the White House would create a dangerous chilling effect for any journalist who covers our elected officials," it added. The leading global news network's suit seeks restoration of Acosta's access to the White House with immediate effect.

Details
Six, including Trump, named for their role in suspending Acosta

The case is being filed in the US District Court in Washington, DC, a CNN spokesperson confirmed. CNN and Acosta are the plaintiffs. The six defendants include Trump, WH Chief of Staff John Kelly, Press Secretary Sarah Sanders, Deputy Chief of Staff for Communications Bill Shine, Secret Service Director Joseph Clancy, and a Secret Service officer who took Acosta's press pass last Wednesday.

Unprecedented Step
In a letter to WH, CNN warned of possible lawsuit

A statement by CNN said, "It (lawsuit) demands the return of the White House credentials of CNN's Chief White House correspondent, Jim Acosta. We have asked this court for an immediate restraining order requiring the pass be returned to Jim, and will seek permanent relief."

White House officials had accused Acosta of "placing his hands" on a WH intern at a press conference when she tried to take away a microphone from him. Sanders had also shared a video of the incident on social media as evidence. Interestingly, on the WH's rationale, Trump himself said, "I don't hold him (Acosta) for that because it wasn't overly, you know, horrible."

The incident
What exactly happened during the press conference? 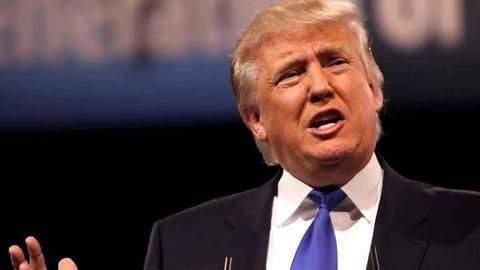 At the news conference, Acosta had gotten into a heated argument with Trump while questioning his views on the Central American migrants' caravan approaching the US border. A video-clip shows Trump saying, "That's enough!" after which the intern unsuccessfully tries to take Acosta's microphone. Trump later says, "CNN should be ashamed of itself having you (Acosta) working for them. You're a rude, terrible person."