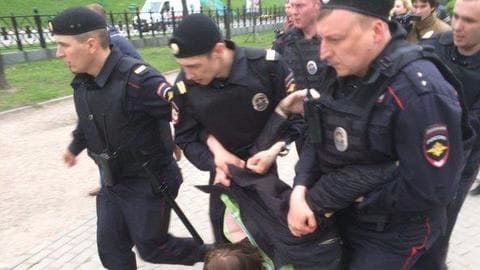 At least eight persons have been wounded by a man armed with knife in the central Russian city of Surgut. Russia's Investigative Committee claimed the assailant "carried out attacks on passers-by" before being shot dead by the police; no deaths of victims have been reported. Police are trying to identify the stabber and verify whether he suffered from any mental illness.

Motive?
No motive established yet

Authorities are trying to find out the motive behind the unidentified attacker's stabbing spree. Several images and a video clip surfaced on social media that showed the scenes of the knife attack. Two of the victims are in a critical condition, while the others are stable. Authorities have called for "calm" over the incident "in the interests of public calm and also of the investigation."

Surgut is the largest city and the provincial capital of Russia's Khanty-Mansi Autonomous Area. It is over 2,500km away from Moscow and has a population of more than 360,000. It is a major Russian oil and gas production center.