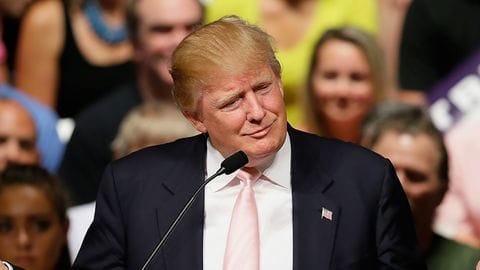 US President Donald Trump gave his inaugural speech to the UN General Assembly in which he vowed that America would destroy North Korea if forced to defend itself or its allies. He mocked the North's leader Kim Jong-un, saying: "Rocket man is on a suicide mission." Trump also criticized Iran, calling it a "corrupt dictatorship" resolved to destabilize the Middle East.

Trump started his speech by saying: "The scourge of our planet today are a small group of rogue regimes. If the righteous many do not confront the wicked few, then evil will triumph." He identified these "rogue regimes" as North Korea, Iran, and Venezuela.

"If [the US] is forced to defend itself or its allies, we will have no choice but to totally destroy North Korea," Trump said. Trump's statement comes days after the North launched a ballistic missile over Japan and conducted its sixth and most powerful nuclear weapons test. Trump's rhetoric to "destroy" North Korea seems implausible, given the huge potential loss of life from war.

On Iran
Trump calls Iran nuclear deal 'embarrassment to US'

Trump criticized the 2015 nuclear deal between Iran, the US, and other world powers as "an embarrassment to the United States." He said the deal is "one of the worst and most one-sided transactions the United States has ever entered into." He said the Iranian government is intent on "death and destruction," while its citizens want change, robbing its great people of their destiny.

Trump vowed to help the people of Venezuela "regain their freedom, recover their country and restore their democracy." Trump said the US has already imposed sanctions on the President Nicolas Maduro-led Venezuelan government and said America would take "further action" if the regime "persists on its path to impose authoritarian rule." Trump denounced socialism, saying it's responsible for creating "anguish and devastation and failure."

Quote
Trump highlighted his "America First" stance at the UN

"As president of the United States," Trump said, "I will put America first, just as you as leaders of your countries will always put your countries first."