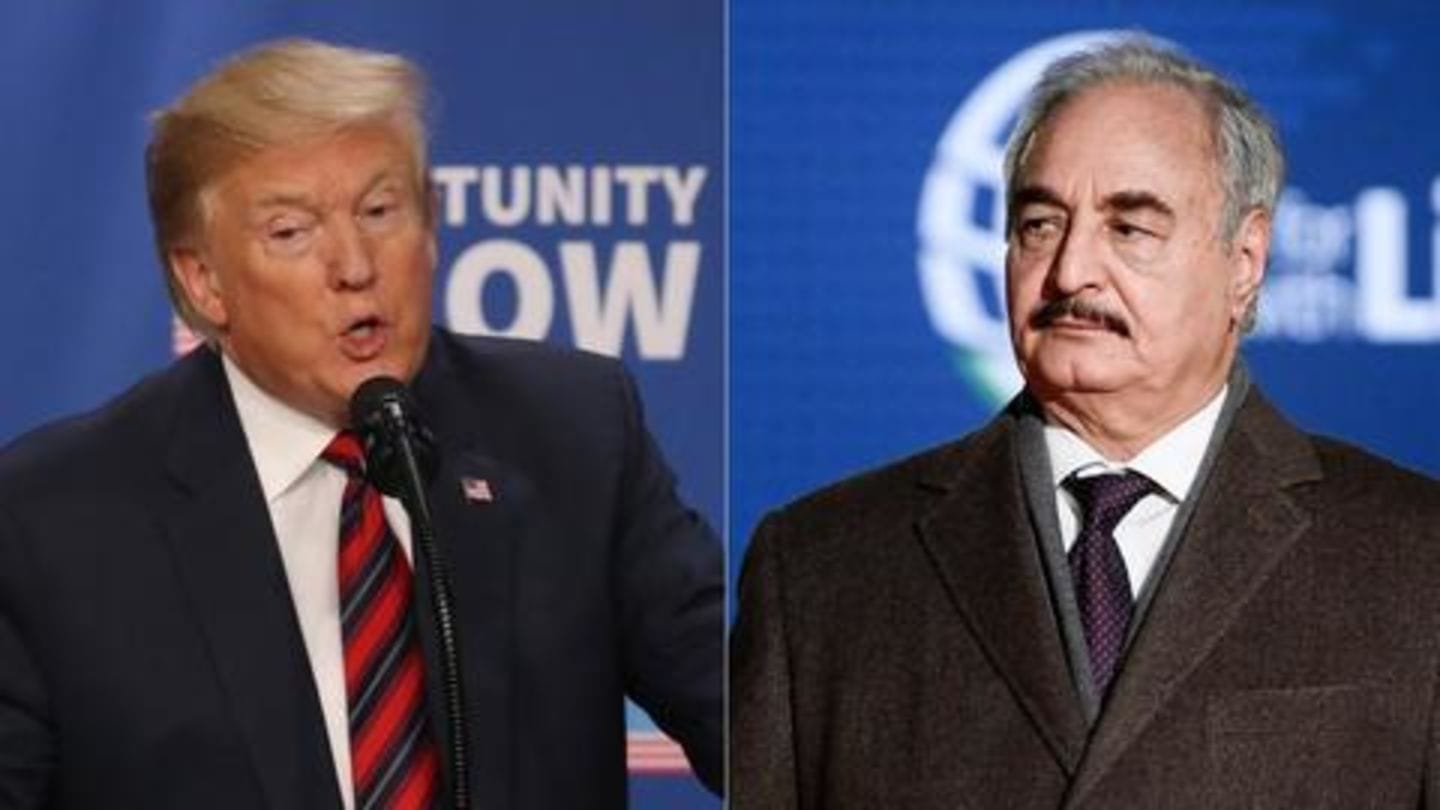 US President Donald Trump spoke this week with Khalifa Haftar, the Libyan warlord fighting to capture the capital Tripoli, the White House said yesterday. Trump and Haftar spoke on phone Monday "to discuss ongoing counter-terrorism efforts and the need to achieve peace and stability in Libya," stated White House press office. However, it didn't say why it delayed giving news of the phone call.

Haftar launched an offensive on April 4 to seize Tripoli 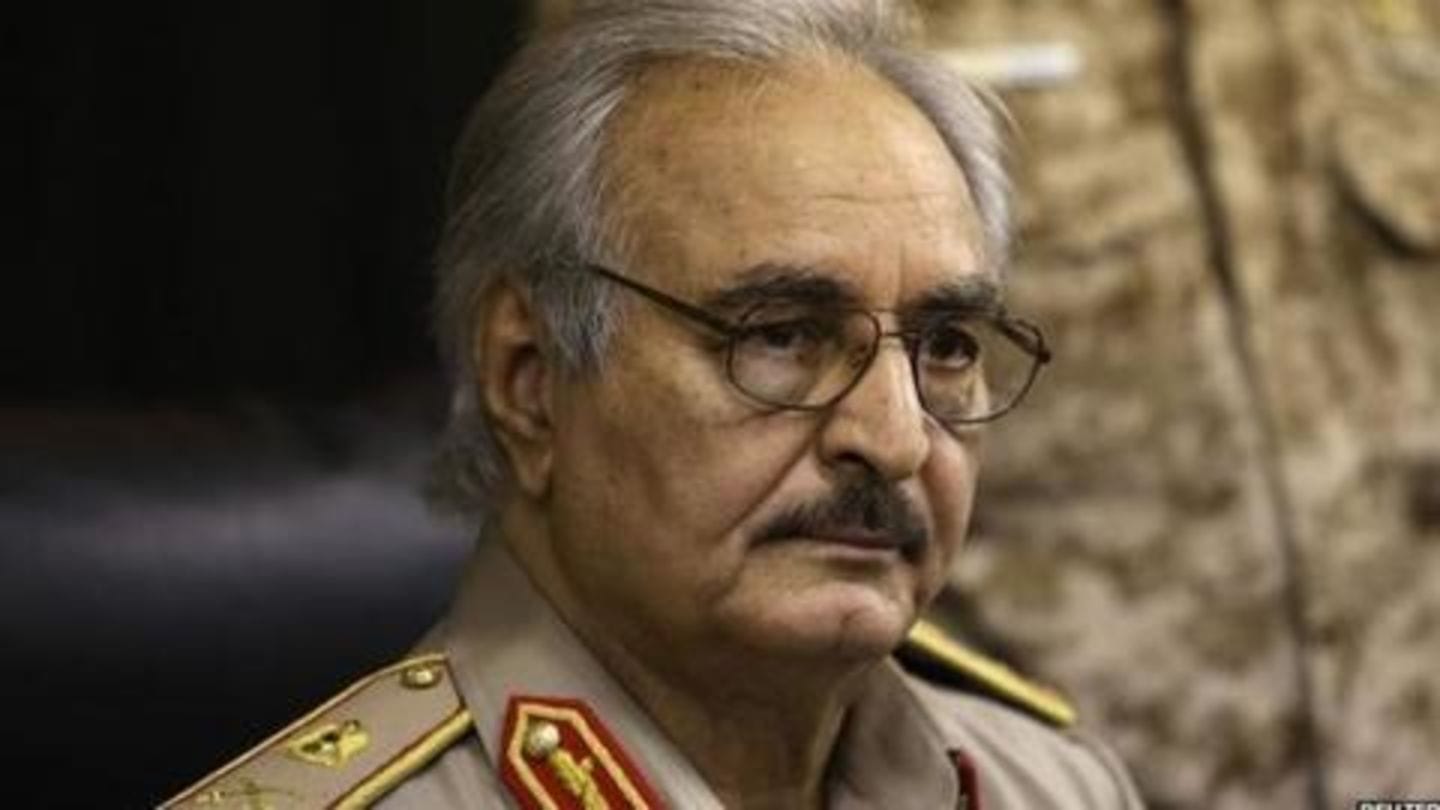 The statement said that Trump "recognized Field Marshal Haftar's significant role in fighting terrorism and securing Libya's oil resources". In their phone call, "the two discussed a shared vision for Libya's transition to a stable, democratic political system." Haftar launched an offensive on April 4 to seize Tripoli, a move that threatened to plunge the north African country into even deeper turmoil.

Haftar is seen as a bulwark against the Islamists 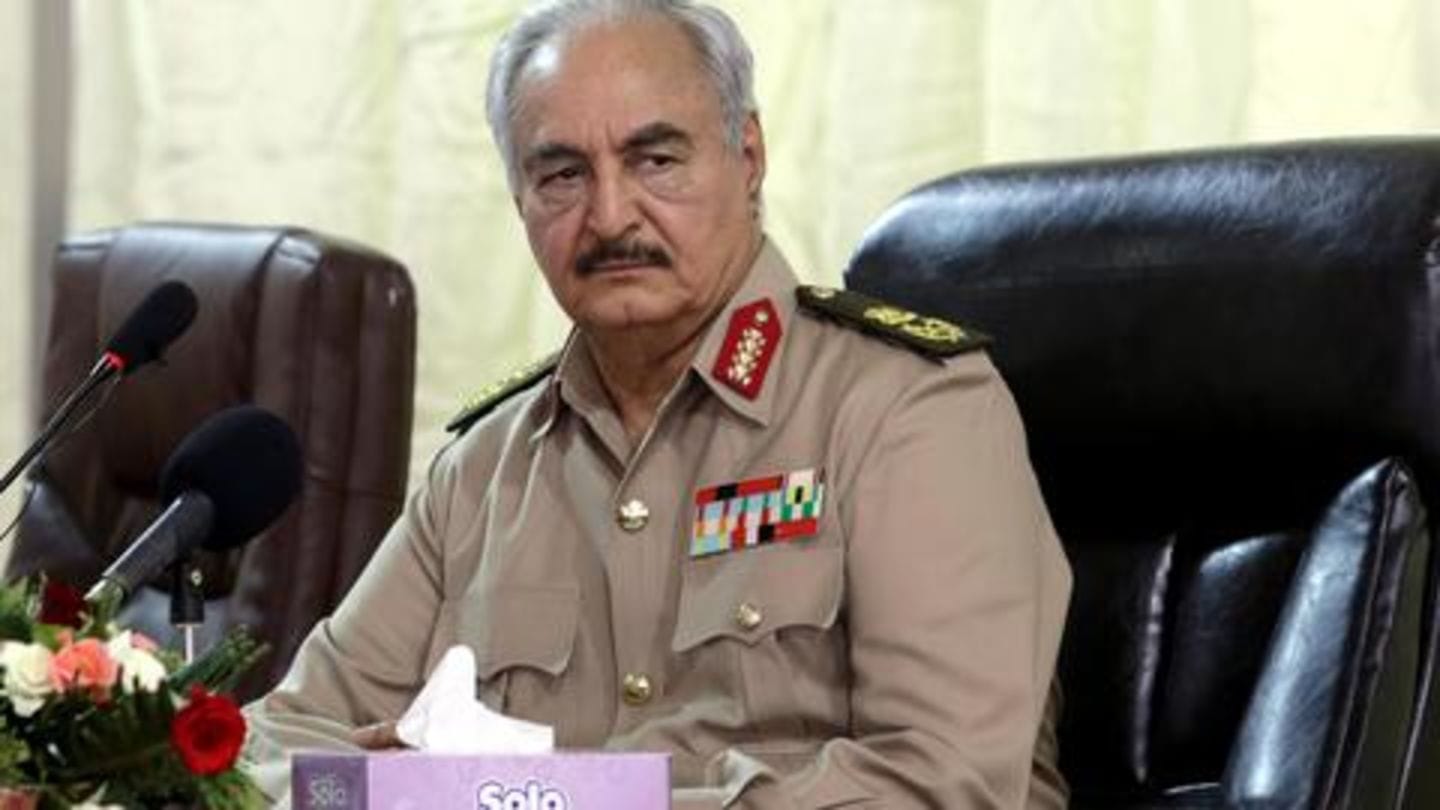 Haftar, seen by his allies, Egypt and the United Arab Emirates, as a bulwark against the Islamists, has declared that he wants to seize the capital, now controlled by a UN-recognized government and an array of militias. The military commander backs a rival administration based in eastern Libya that is refusing to recognize the authority of the Tripoli government.

UNSC proposal demanding ceasefire in Libya opposed by US, Russia

A British bid at UNSC to demand a ceasefire in Libya was opposed Thursday by Russia and the US. Russia insisted on having no criticism of Haftar in the proposed resolution while the US said it wanted more time to consider the situation, diplomats said.