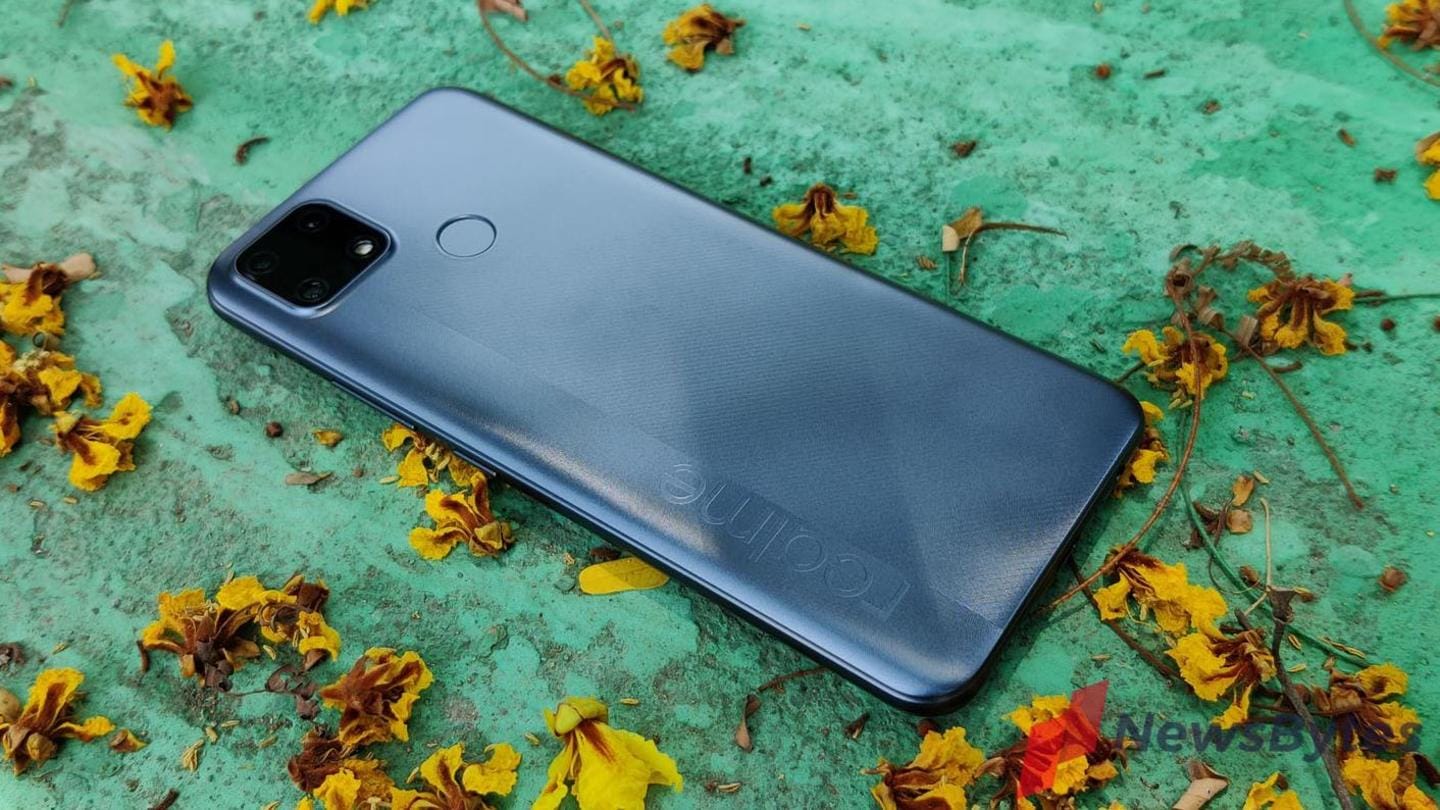 The budget smartphone segment not only pushes the most sales volumes, but it is also hotly contested to the point that the margins are razor thin. Xiaomi had long dominated this space, but BBK Electronics, the parent company of brands such as OPPO and OnePlus, leapt into the fray with Realme.

That has since resulted in a budget smartphone arms race, where Xiaomi and Realme have been trying to outdo each other by cramming the most amount of value and features for not a lot of money.

The Realme C25 is the spiritual successor to the Realme C15, albeit with better processing hardware and Android 11.

But, should you buy it? Let's find out.

In this article
What works, what doesn't
Realme C25: At a glance
Our Rating 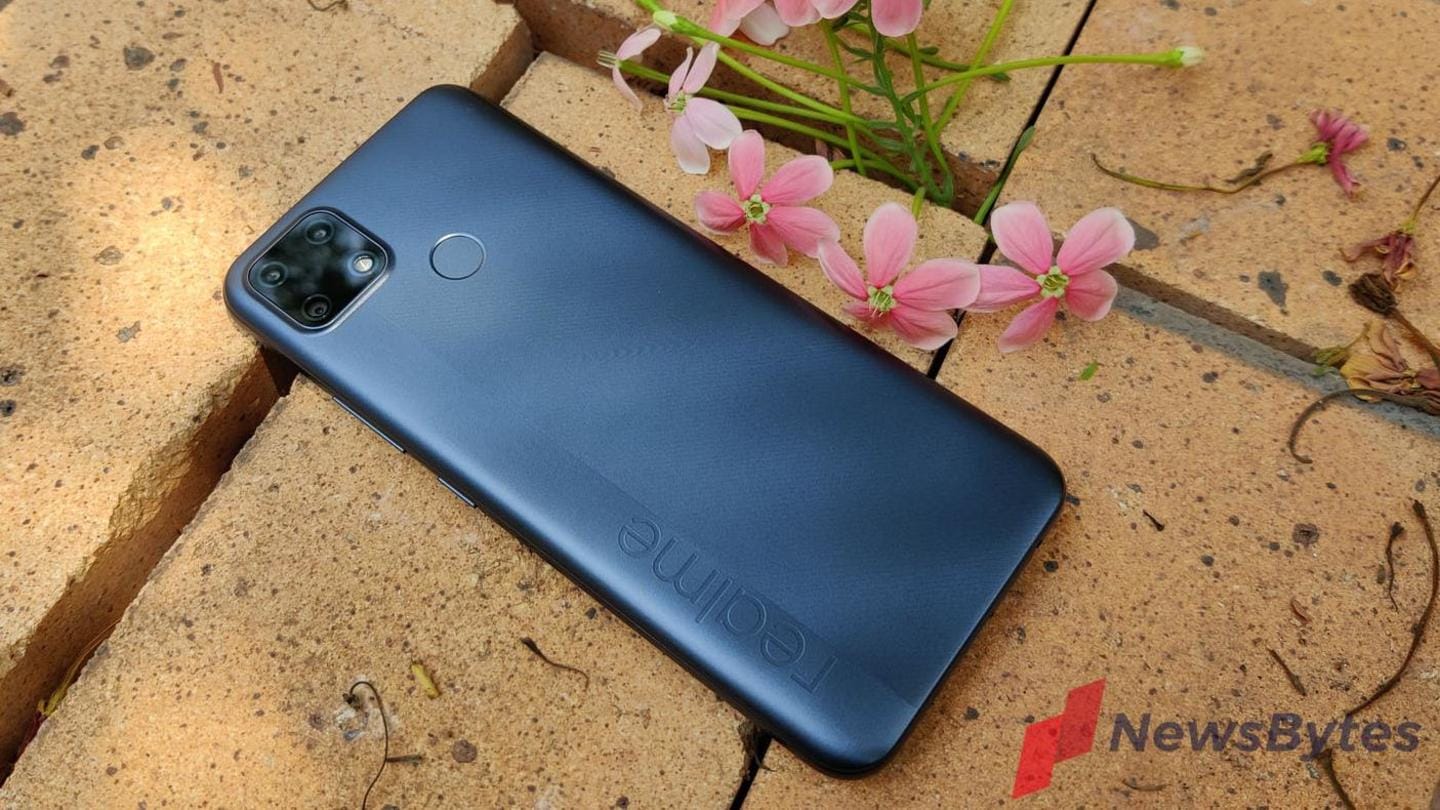 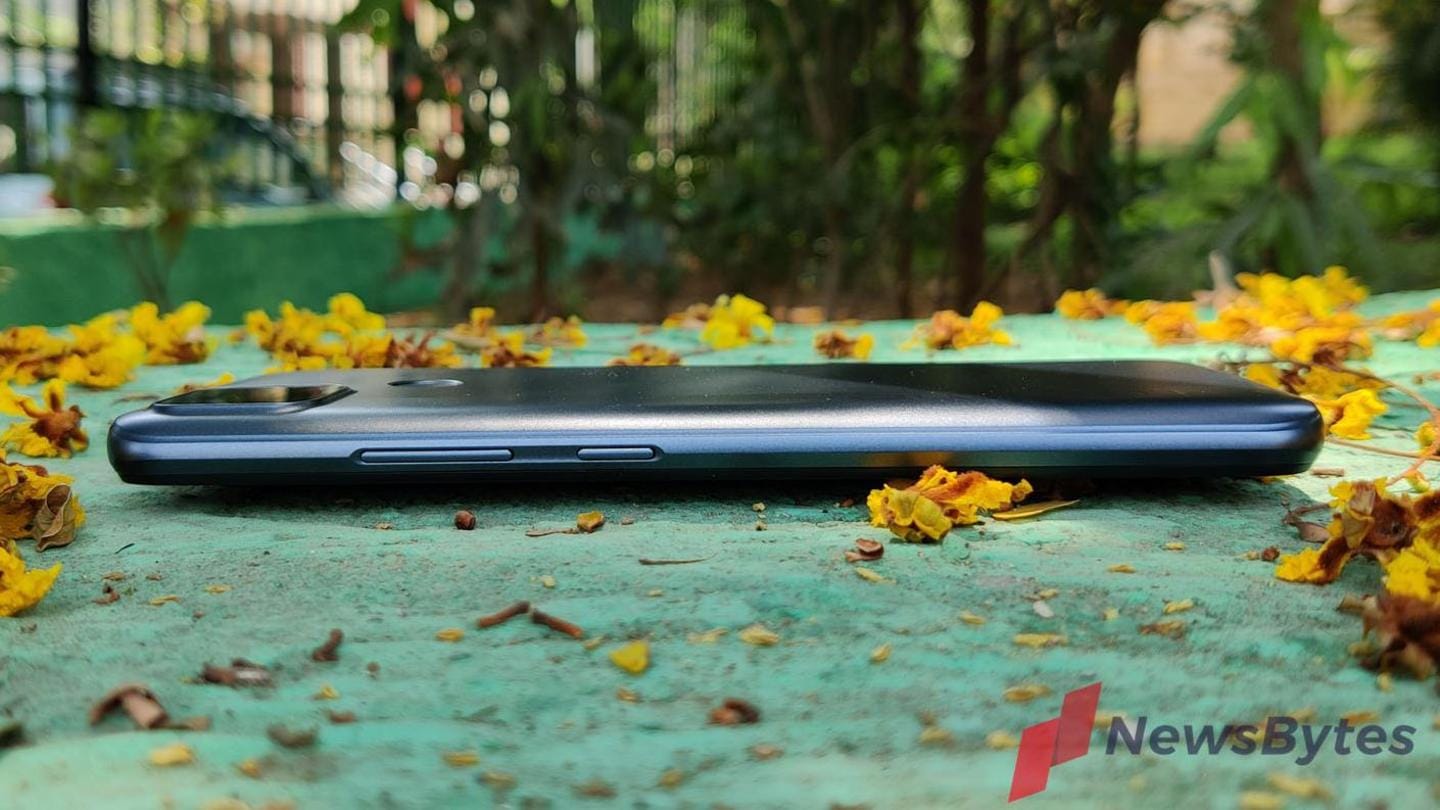 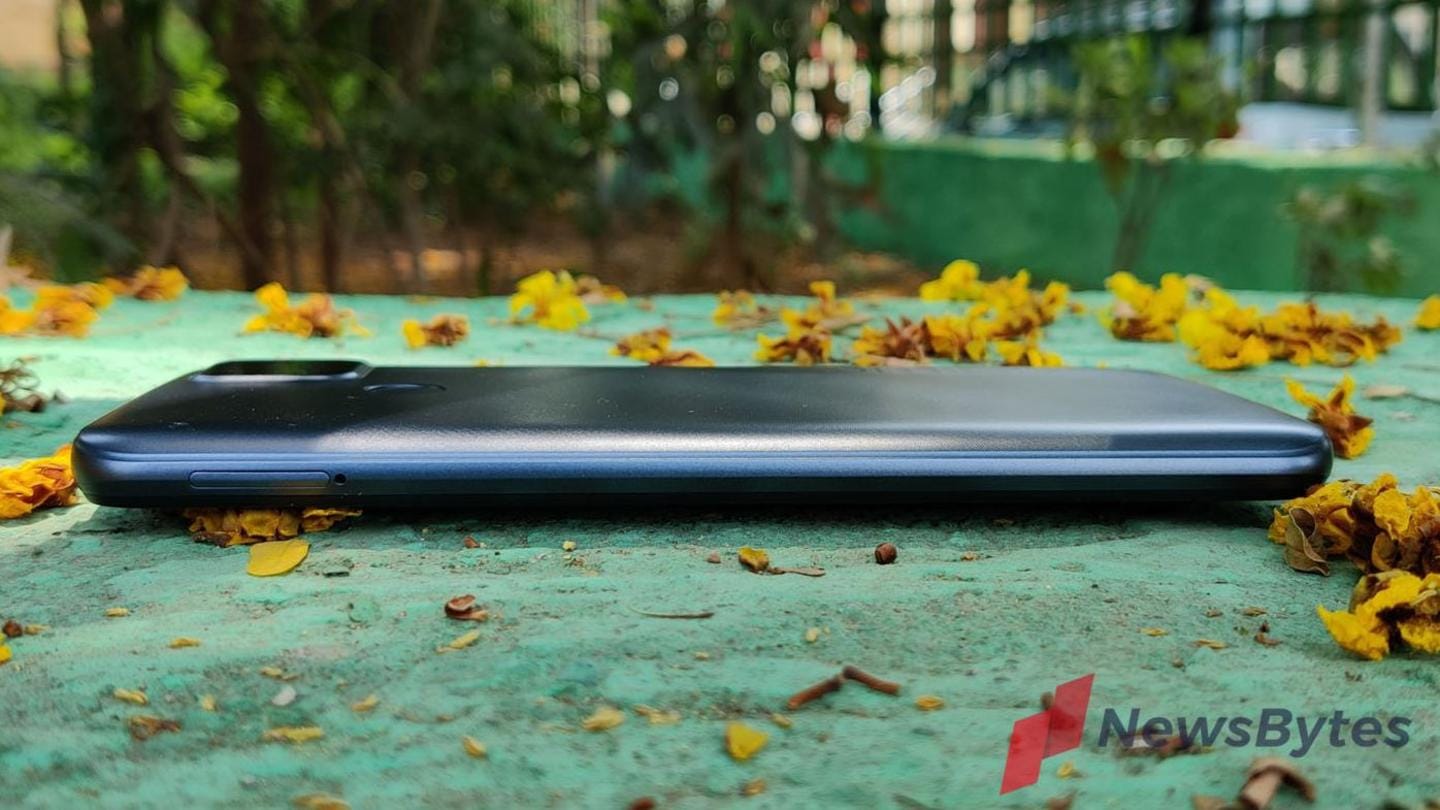 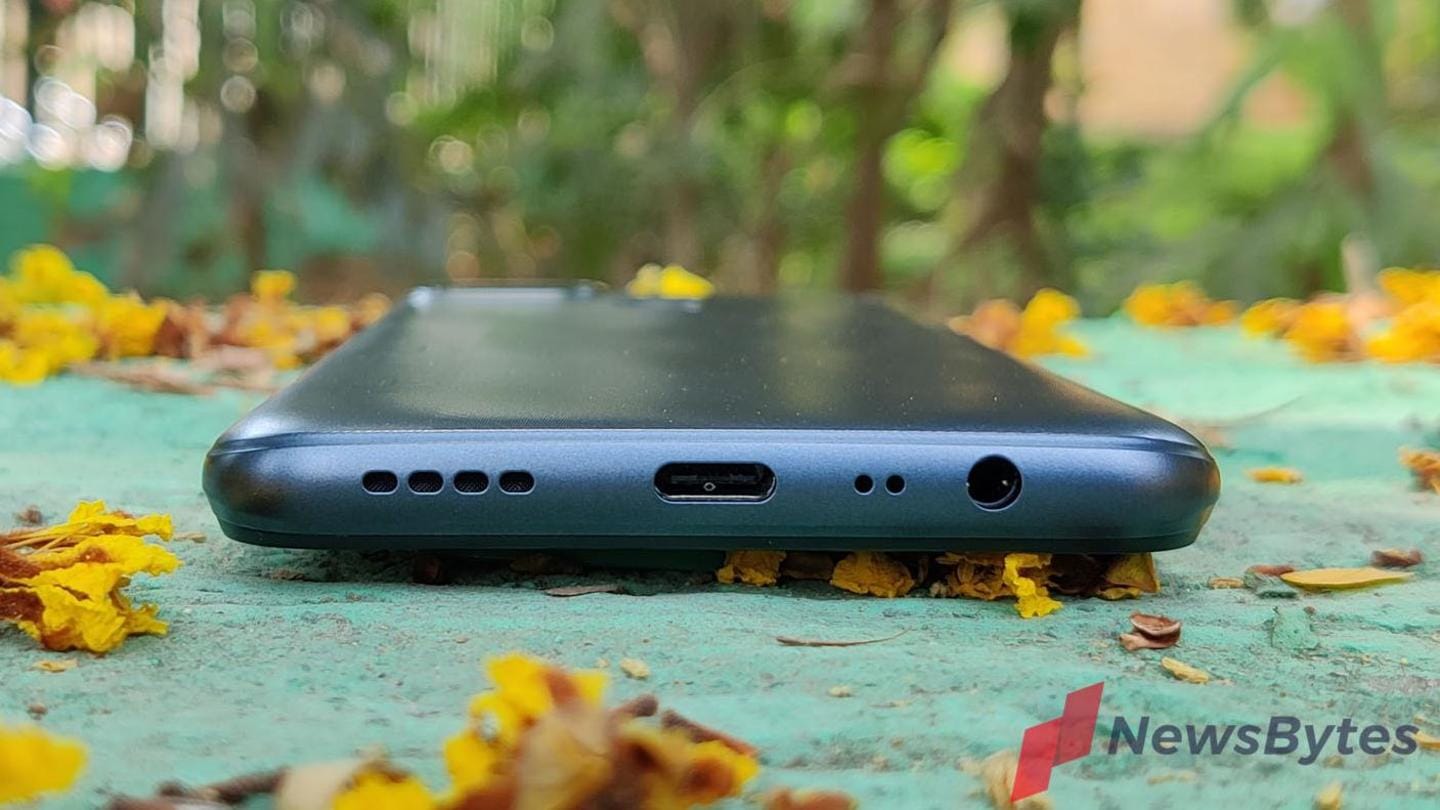 The build quality and manufacturing standards of the Realme C25 far belie its budget pricing. It might only have a plastic chassis, but I have a good reason to believe the company's claim that each unit undergoes five hours of 5-axis CNC machining. It is evident that the Realme C25's micro-textured surface cannot be achieved with traditional injection molding.

The expensive manufacturing process gives the plastic chassis a non-slippery, fingerprint-free finish that looks and feels premium. That is one way to blow your manufacturing budget, because the rest of the phone stays true to its budget underpinnings. The C25 has a decent screen-to-body ratio of 88.7 percent with its teardrop camera notch, while still retaining a prominent chin that's missing in more expensive phones.

You also lose the secondary mic, which is used for noise cancellation and reducing interference in the speaker mode, but Realme has somehow managed to make call quality sound great despite this. Also missing is the gyroscope, which is preferred by mobile FPS gamers for precise aiming. However, these features are generally missing at this price range.

On the bright side, the Realme C25 is equipped with dedicated microSD card slot in addition to discrete dual-SIM support. Budget-conscious buyers can then opt for the 64GB variant and slot in a memory card later. Also present is the headphone jack, which is a necessity for this segment.

The rear-mounted fingerprint sensor is surprisingly quick, while Realme's face recognition works fast enough to be viable as a primary screen lock option. The button quality and placement are spot on and the single speaker setup alongside a USB Type-C port is also par for the course.

Display: When low resolution is a blessing in disguise 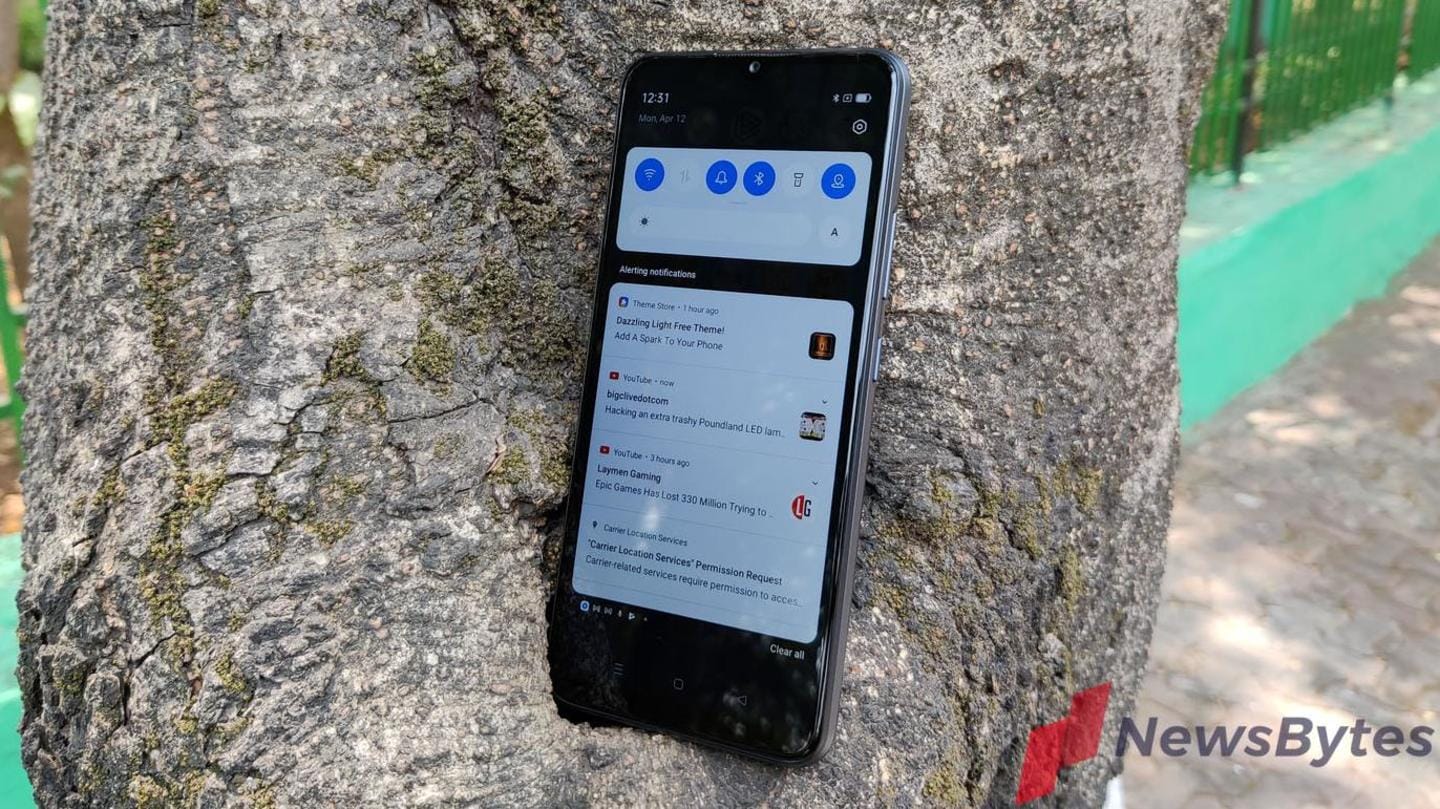 The IPS LCD display doesn't leave much room for complaint, apart from the default color temperature being set too cold. However, you will get purer whites and better color fidelity if you set the white balance to around the 70 percent mark in display settings.

The ultrawide 720x1600 pixel display might not have the best pixel density when stretched to 6.5-inches, but it does wonders to battery life and gaming performance. When set up right, the color saturation and outdoor legibility is brilliant considering the display's ample 480-nit sustained brightness specification. The automatic brightness adjustment is fortunately accurate for a change.

Performance: Optimized to the hilt 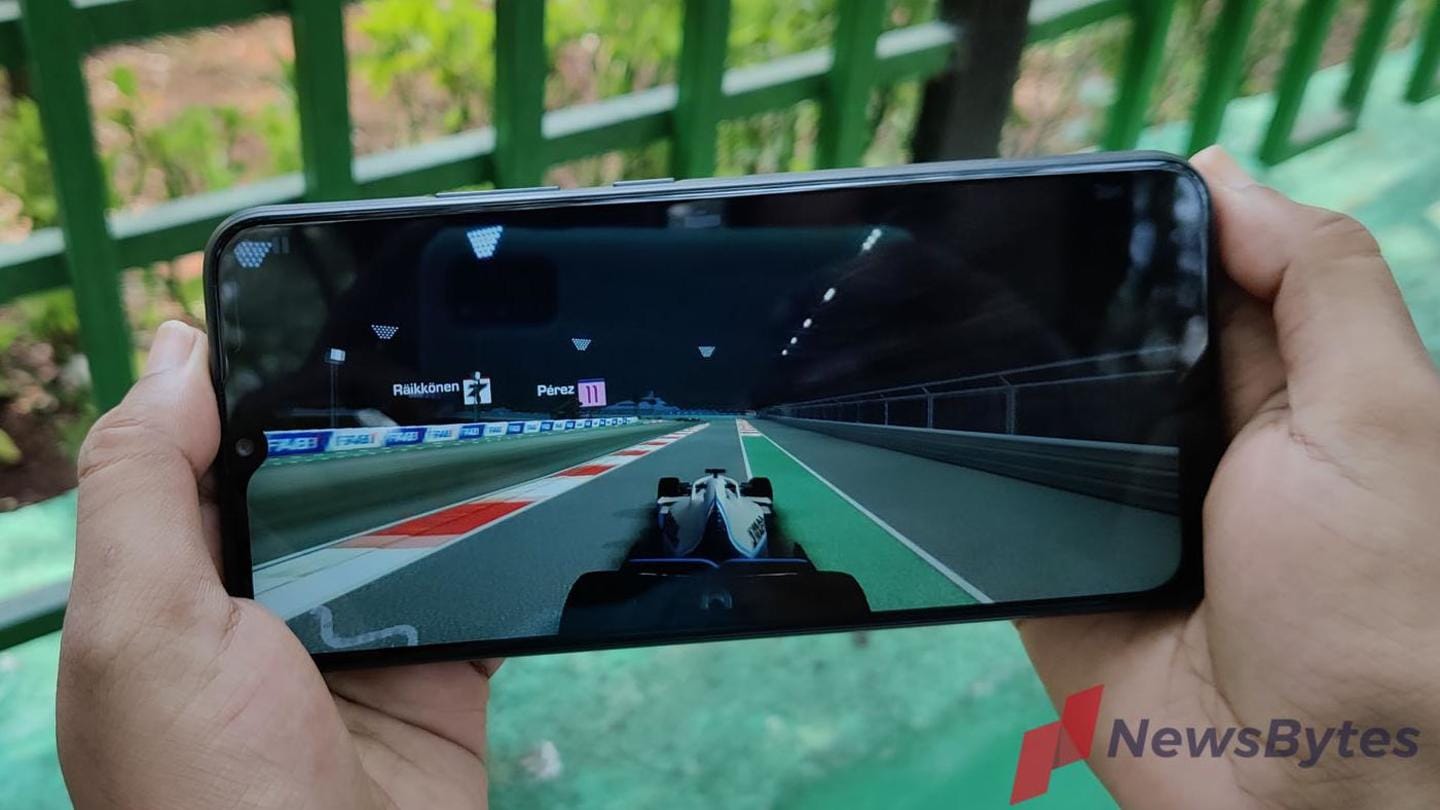 Both Realme C25 variants are equipped with 4GB of RAM, with the difference being 64GB and 128GB of storage. The presence of a dedicated microSD card slot makes it possible to expand the storage space later, but the paltry Rs. 1,000 extra Realme asks for additional 64GB makes it a viable option, even if the flash storage subsystem uses older eMMC 5.1 standard.

The real crowning glory of this phone is the capable Mediatek Helio G70 SoC, which is a major upgrade over the last generation C-series phones. The octa-core chipset is more or less in the same performance pedigree as the Redmi 9 Prime's Helios G80 and Realme Narzo 30A's Helios G85 variants. The 4GB RAM didn't feel like a limiting factor during our testing.

While its 1,300-point Geekbench 5 multi-core score might not sound impressive, the phone works as a package due to the adequate oomph of the two 2.0 GHz Cortex-A75 performance cores combined with the optimization of the Realme UI 2.0 operating system. The overall UI and app experience was smooth, with games running fairly well in the default settings.

The plastic construction makes it difficult for the phone to transmit heat to your palms, but I didn't notice any performance degradation despite long gaming sessions. The monaural speaker could have been louder, though. The dual-SIM phone supports VoLTE over both networks and delivers good call quality.

Par for the course 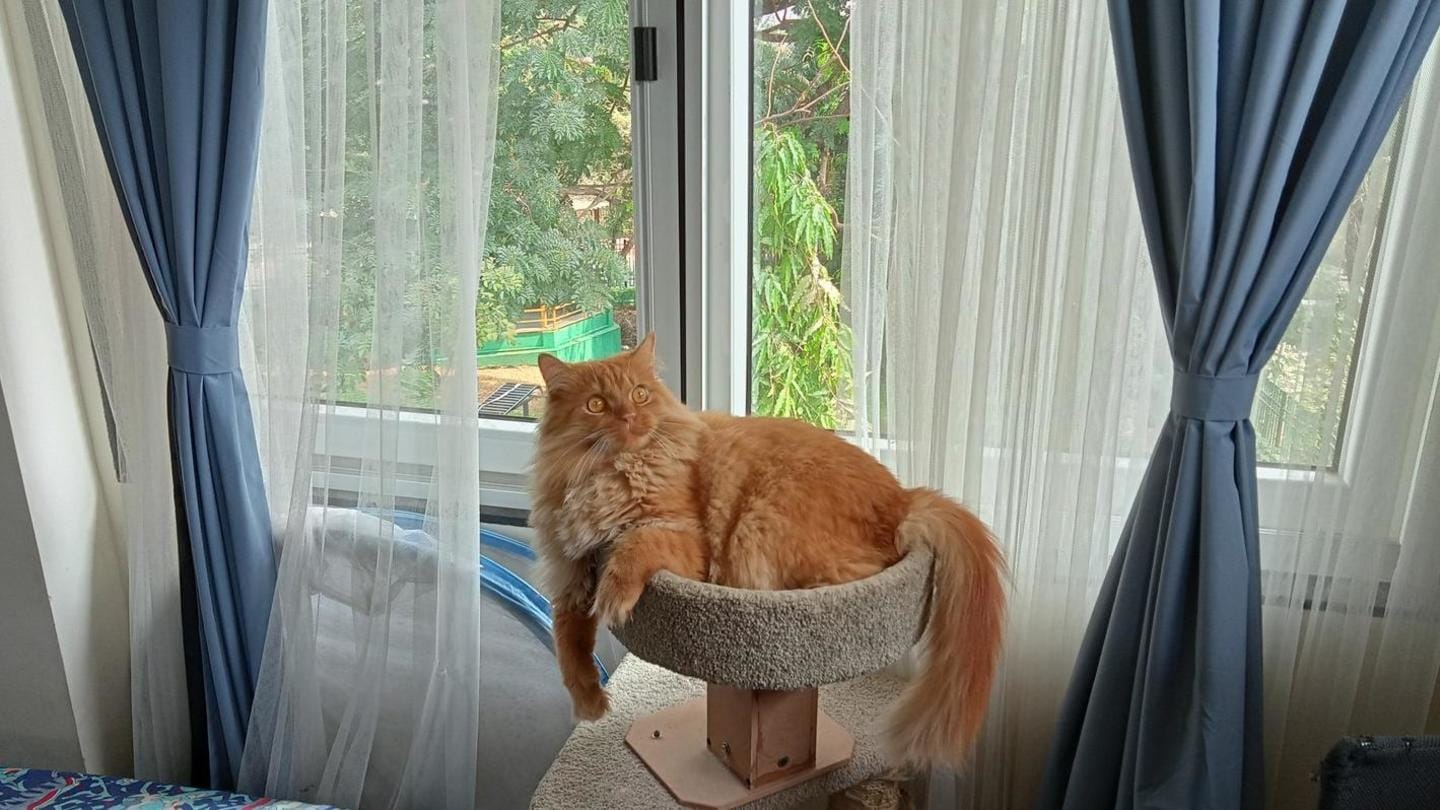 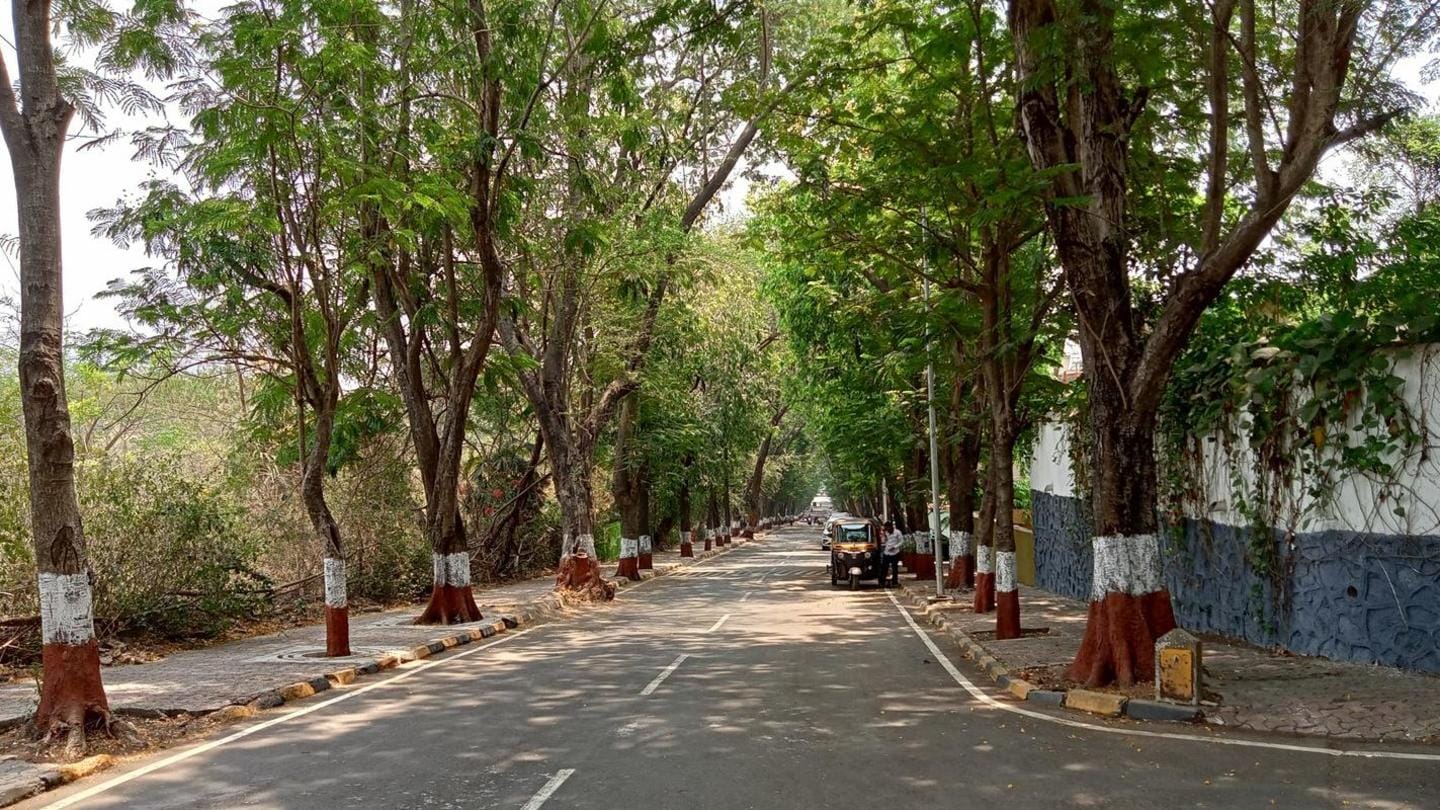 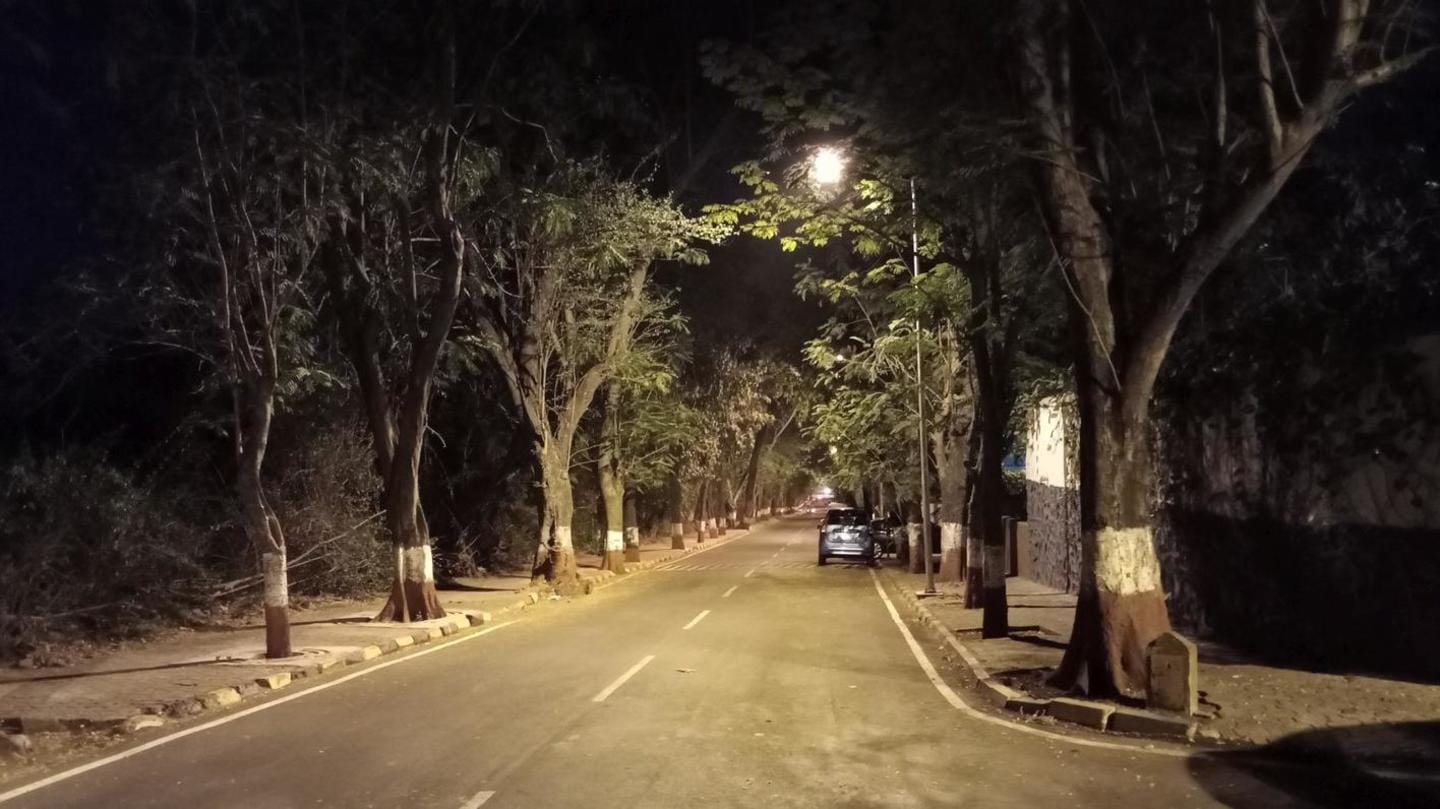 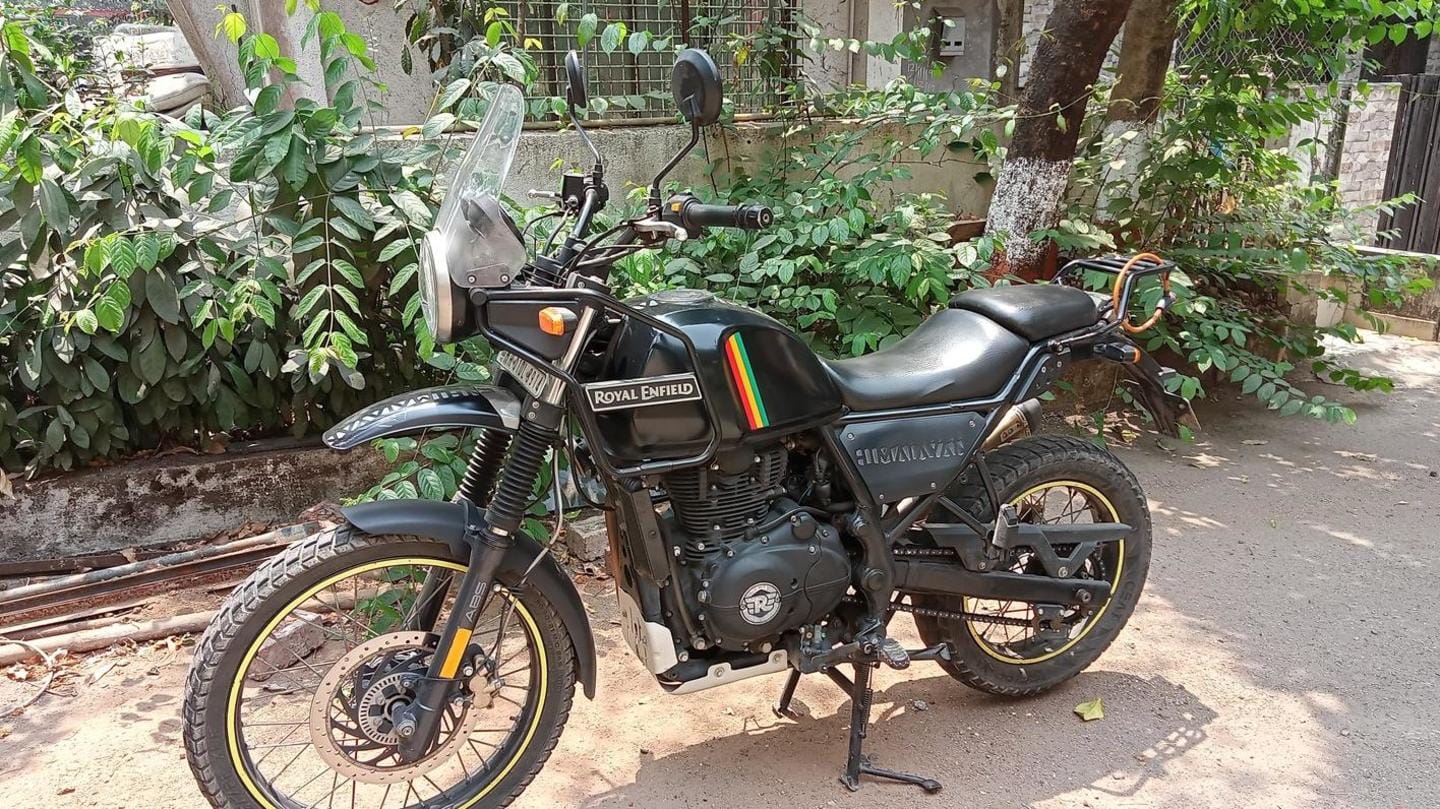 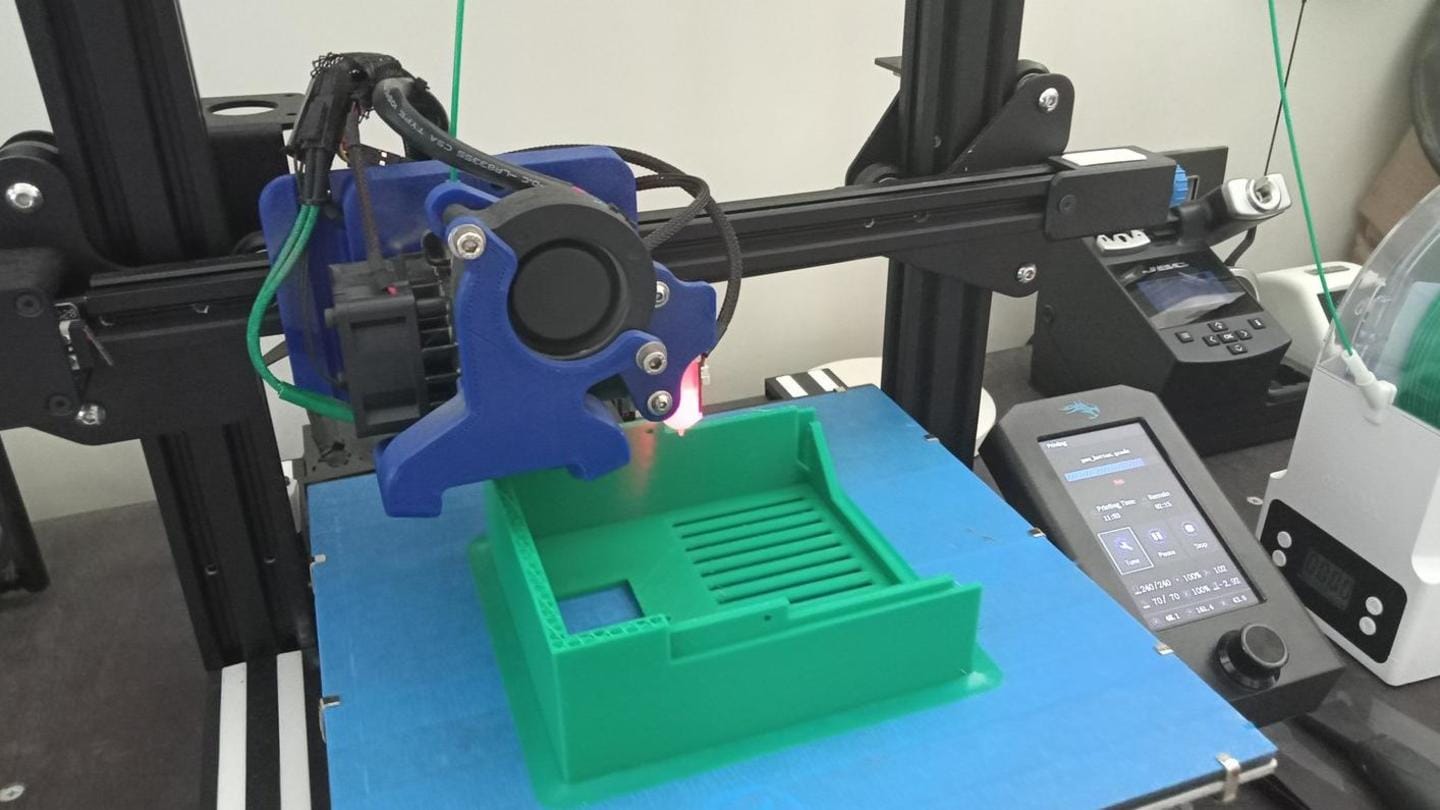 The Realme C25's triple-camera setup drops the ultrawide lens from the C15, and that's a missed opportunity even if it didn't perform well in the predecessor. The C25 still retains the 13-megapixel primary, 2-megapixel macro, and another 2-megapixel depth sensor. The performance is adequate, with images coming out well in outdoor daylight setting and the colors being fairly close to real life. The AI scene detection did a good job identifying scenes and optimizing the shots accordingly.

However, indoor shots tend to be soft, with lowlight conditions stretching the 13-megapixel sensor to its limit. Expect noise, loss of fidelity, and difficulty focusing in low-light environments. But even during the day, I found the phase-detection auto-focus system a hit-and-miss affair, with HDR also being largely ineffective. The Night Mode, however, is especially useless.

Post processing works well in the portrait mode, with the selfie camera and 1080p video recording also being fairly decent. Just don't expect razor sharp results and 4K video and you won't be disappointed. There is nothing seriously wrong with the camera, but it still happens to be the weakest link. This is more a reflection of how good the rest of the phone is, with the camera being the classic case of you get what you pay for. 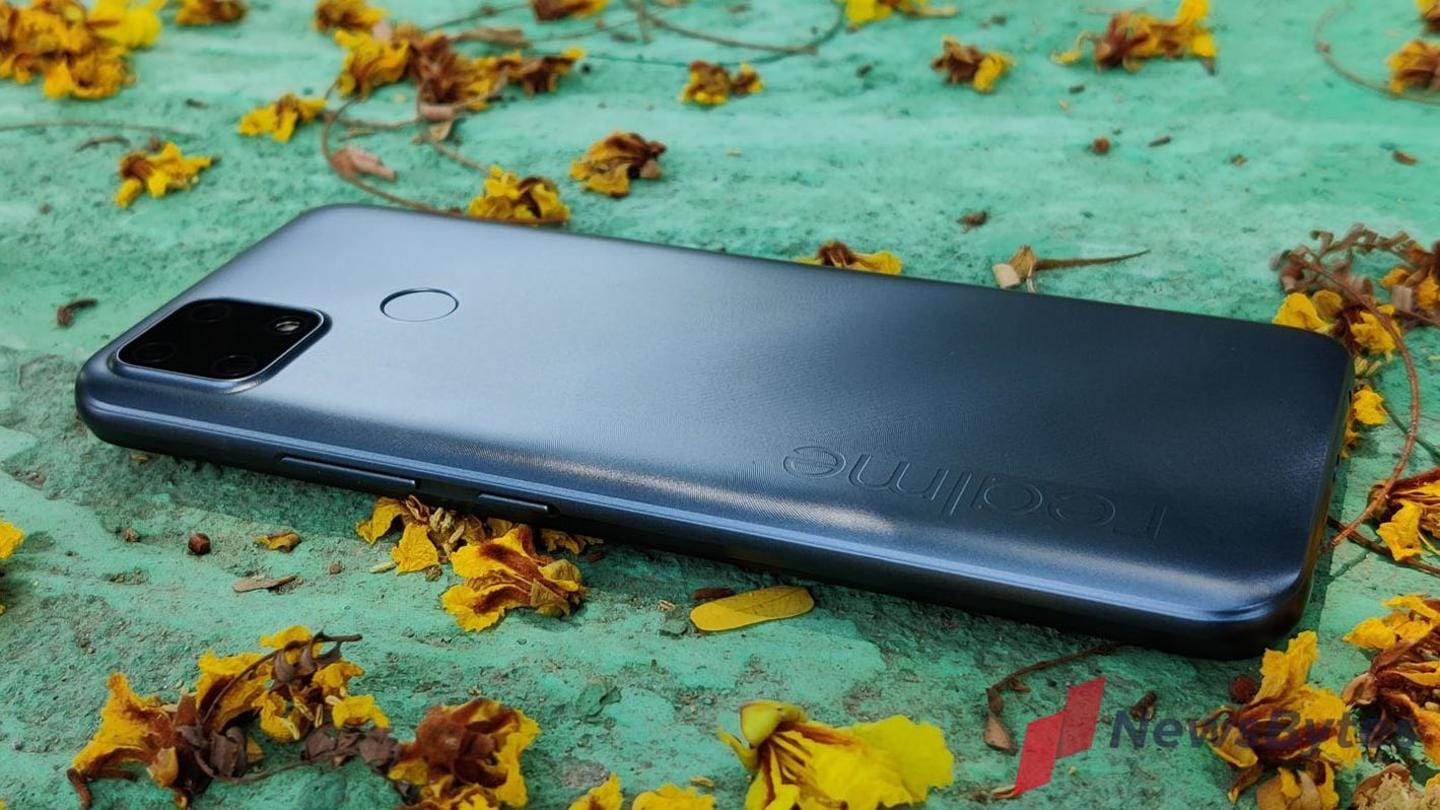 The 6,000mAh battery makes the phone heavier than 200 grams, but it also powers the phone up to two days when operating on a single SIM. The sustained power delivery is also impressive as I clocked more than five hours with pure gaming load. Our battery loop test also clocked in an impressive 20 hours. The bundled 18-watt charger, however, takes almost four hours for a full charge.

The C25 is among the first Realme budget phones to ship with the Realme UI 2.0. The Android 11 implementation is slick and quite well optimized. It does come with some bloatware, but the UI has plenty of useful tools and apps baked into it.

The AI features go beyond mere gimmicks and works at practical tasks such as optimizing battery charging rate during the night to prolong battery integrity. Also new is an interestingly granular approach to system-wide dark mode with three different intensities.

The experimental smooth scrolling feature might not be a replacement to a high refresh rate display, but it comes a close second. We also particularly liked the dual mode audio, which allows two people to simultaneously use two headphones using the headphone jack and Bluetooth/USB connectivity options.

Conclusion: Well worth your consideration 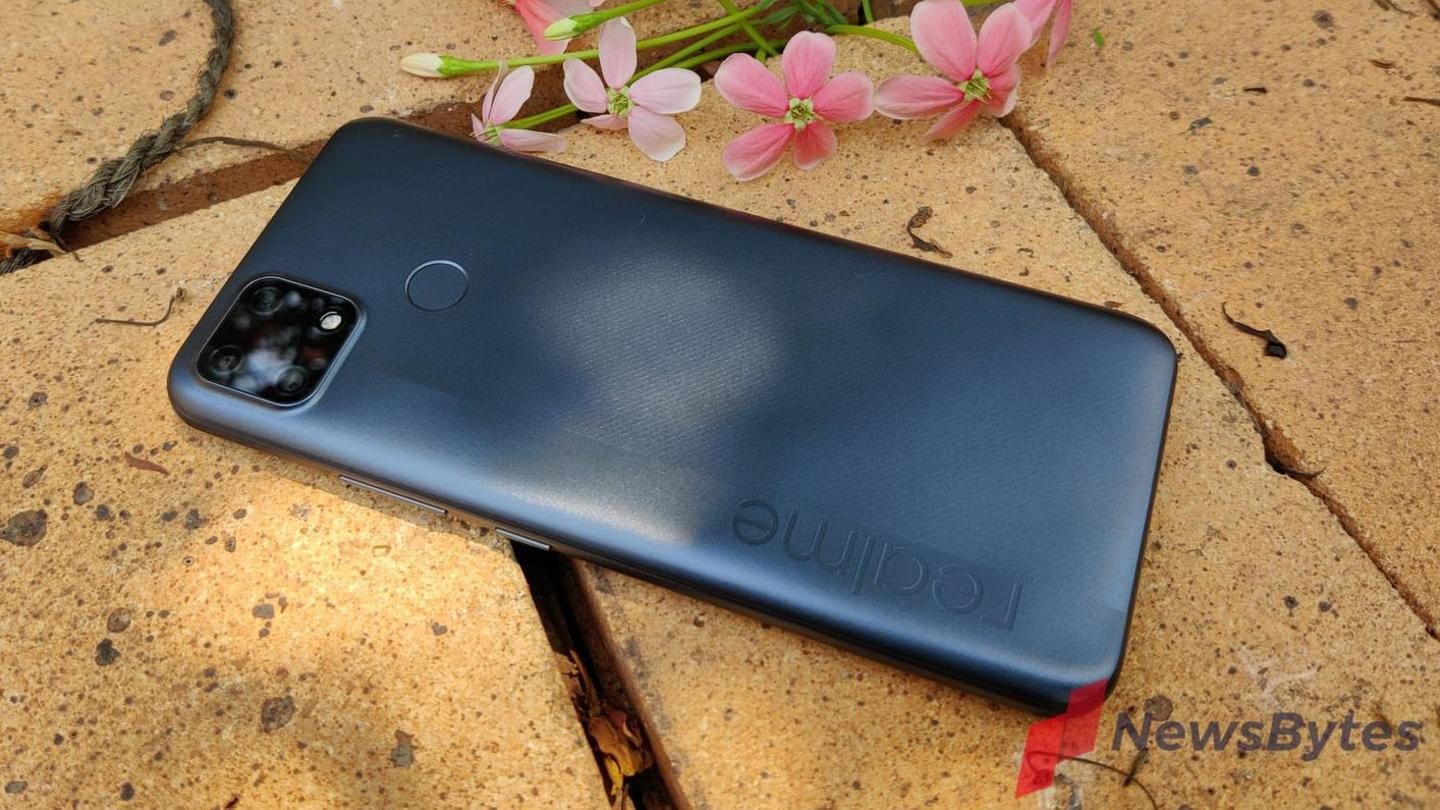 The Realme C25 has a lot going on for it. The battery life is terrific, build quality is impressive, and performance feels snappier due to the well-optimized OS. Apart from the middling camera, which is expected at this price, you'd be hard pressed to find a better phone for Rs. 10,000.

There is the Xiaomi Redmi 9 at the same price, which offers a higher resolution screen but smaller battery and older version of Android. For a grand more, you can buy Xiaomi's Poco M3, but it feels relatively less snappy despite sporting the Qualcomm Snapdragon 662 SoC.

In conclusion, the refinement of the Realme UI 2.0 combined with the solid specifications of the C25 make it a hard one to beat at the asking price of Rs 10,000. 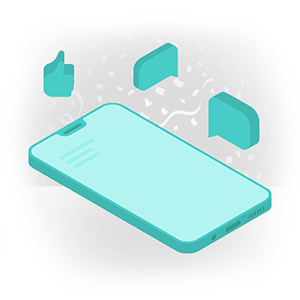