5 actors who will portray politicians this year

The Indian entertainment industry has often refrained from making films and shows on the lives of politicians in order to avoid controversies. However, in 2018, the scenario seems to be changing. There are multiple projects coming up which will be showcasing the journey of some prominent politicians. Here, we have made a list of five actors who will be portraying them on screen. 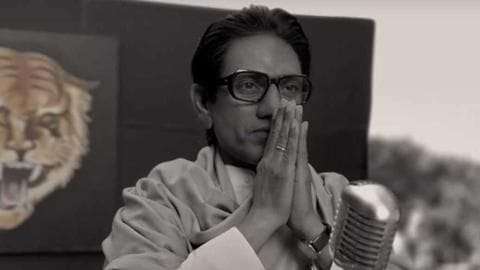 The much talked about biopic on the life of late Shiv Sena founder-president Bal Thackeray stunned one and all with its teaser as Nawazuddin Siddiqui looked strikingly similar to the leader. To be directed by Abhijit Panse, 'Thackeray' will be shot in Marathi and Hindi. The film will hit the screens next year.

Another film that has managed to pique the interest of movie buffs is 'The Accidental Prime Minister: The Making and Unmaking of Manmohan Singh'. Anupam Kher will be seen in the titular role in the film based on a book by Sanjaya Baru. It will have a massive starcast of over 140 actors including Akshaye Khanna, Arjun Mathur and German actress Suzanne Bernett.

The very talented Vidya Balan will step into the shoes of India's first and only female Prime Minister, Indira Gandhi. The film will be an adaptation of a book titled 'Indira: India's Most Powerful Prime Minister' by journalist Sagarika Ghose. The actress has acquired the rights of the book and will soon start working on the project.

Daas Dev
Richa Chadha will play a politician in her next

After enthralling us all as Bholi Punjaban in 'Fukrey Returns', Richa Chadha will return to the silver screen as a politician in her next titled 'Daas Dev'. The Sudhir Mishra directorial is a modern day adaptation of Devdas and will have Richa as an aspiring politician. Starring Rahul Bhat in the titular role, 'Daas Dev' will release on March 23.

The Ministry
Irrfan Khan as a politician in a web-series

Irrfan Khan will begin a new inning with Amazon Prime Video original series called 'The Ministry'. The actor will be seen as a narcissistic Bollywood actor turned politician in the show. The filming of the web-series is currently underway and will soon be released globally by Amazon.