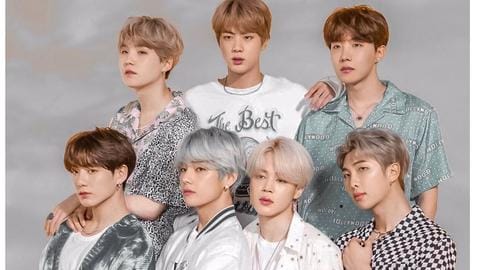 BTS Army, get ready! K-pop stars-- J-Hope, Jungkook, Jin, Suga, V, Jimin, and RM-- are back to enthrall fans with their second English single. The upcoming track Butter is set for release on May 21, and it's coming sooner than we thought. The BTS Army is for sure eagerly looking forward to Butter, following the incredible success of Dynamite, which released last year.

Details
Nearly 800,000 fans were hooked to the 'Butter' announcement video

Butter is a "dance-pop track brimming with the smooth yet charismatic charm of BTS," as per a press release. The announcement of Butter took everyone by surprise, even as over 8L fans keenly followed a YouTube countdown. The surprise video showed a small animated cube of butter slowly melting into a heart. Once the clock ran out, fans learned exactly what they were getting.

Reactions
'My May is already on fire since the announcement'

BTS fans are, understandably, all excited! One Twitter user said, "I can't sleep anymore. I'm very excited for the English comeback to break all the records. Butter will fix us. My May is already on fire since the announcement." Meanwhile, another added, "Never thought I could be more excited over butter before." Butter hits at 1 PM KST (9:30 AM IST).

In another BTS related news, the ARMY raised over Rs. 20L in just 24 hours to assist India in its fight against the contagious COVID-19 virus. BTS Fanclub had shared a donation link on Twitter and urged fans to help those suffering due to the pandemic. The appeal highlighted that Maharashtra and Delhi, the current worst-affected areas, will be given priority for now.

Apart from this, the septet was officially made the global ambassadors of Louis Vuitton last week. All the seven band members of "one of the most renowned and influential groups in the world" will collaborate with the French company on multiple projects. They also wore Louis Vuitton suits from the French brand's F/W 2021 menswear collection to the 2021 Grammy Awards this year.