Chadwick Boseman: A glorious journey from stage to filmic eternity 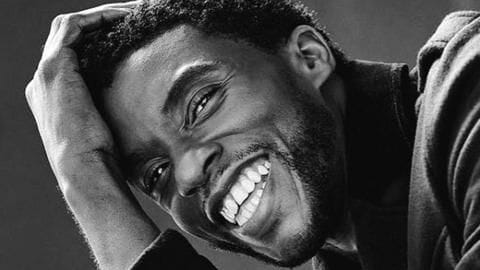 Everyone knows by now that Chadwick Boseman is no more. Condolences have been pouring in through various ways, starting from heartfelt tweets by countless celebrities to viral memes about the firebrand performer whom our hearts ache to address in the past tense. While we cope with this shocker, let's take a while to celebrate Boseman's contribution to the world, on and off-the-screen.

Early life
The journey started with Chadwick's passion for plays

Born to an African-American couple, Chadwick developed a knack for narrating stories and eventually got into writing plays in his junior year. Notably, his first major play, Crossroads was more of a reality check than a figment of his imagination. The play told the story of a basketball teammate who was shot dead, and was deeply personal for Chadwick.

His penchant for poignancy led Chadwick to write Deep Azure, which narrates the aftermath of a black policeman shooting dead a black student out of prejudiced panic. The play went on to become a regular in the line-up of the Congo Square Theater Company, Chicago because of its infectious arrangement of hip-hop, coupled with black-on-black violence that raises issues of self-hatred in the community.

Gradually, he became more mainstream. Apart from his stellar performances in Da 5 Bloods, 42, and Marshall, Chadwick prayed for one role that he had auditioned for: Black Panther. Marvel outdid its fantastical storytelling as it elevated Black Panther to the status of cinematic revolution on racial injustice. Interestingly, ESPN host Jemele Hill had urged stars to help kids watch Black Panther for free.

Many hip-hop and pop celebrities supported Hill's cause and hosted advance screening of Black Panther in various parts of Detroit. Artistes such as Travis Scott and Kendrick Lamar gave away free tickets to hundreds of Detroit kids eager to experience the Black superhero. In fact, Big Sean and Eminem paid for 900 tickets, thus entirely filling Emagine Royal Oak Theater with children.

The movie, without doubt, connected on unparalleled realms of freedom and pride for the community. In an interview, Chadwick shared how two kids with terminal cancer were holding on to the release of Black Panther, just the way he would, as a kid, wait for his Christmas presents. He said how that made him work his hardest.

Do you know?
Unbelievably painful demise

While he kept outdoing himself, the world didn't have an idea that their role model was battling Stage-4 colon cancer. Chadwick's story is like a nasty meme where we dream of his recovery while T'Challa remarks, "We don't do that here."