'Chandigarh Kare Aashiqui' trailer: Ayushmann Khurrana is back and how! 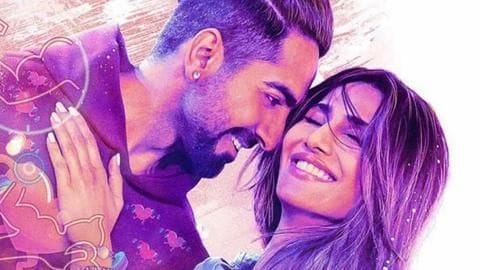 The trailer for the Ayushmann Khurrana and Vaani Kapoor starrer, Chandigarh Kare Aashiqui, is finally here. Spinning a love story with a "mind bending" twist, the trailer closely followed the release of the film's poster. This will mark the actors' first collaboration. It has been produced by T-Series in collaboration with Guy in the Sky Pictures. Here's a trailer breakdown.

Context
Why does it matter?
Trailer
Manu falls in love with Maanvi but there's a problem

The trailer opens with Chandigarh's "certified fitness provider," Manu, who operates a gym and has high aspirations in his life. While his family tugs at him to get married, he is reluctant. That is until he meets Maanvi (Kapoor), a Zumba teacher. Sparks fly and the duo falls in love quickly. But, a truth about Maanvi's identity serves as a barrier between the two.

While the cause of the problem is never explicitly mentioned, we can draw from previous reports the conflict will circle around Maanvi being a transgender woman. Khurrana, who is the unofficial flagbearer of making socially aware movies in Bollywood, does justice to his role in the trailer. But the Andhadhun actor gets little support from Kapoor, who is awkward whenever she has to emote.

Release
'Chandigarh Kare Aashiqui' is coming to theaters on December 10

The over three-minute clip suggests Manu will struggle with choosing his love for Maanvi over the stigma and misconception around transgender persons. Given the premise, we hope the Hindi film will create more awareness about transgender people and their lives. Mark your calendars! Chandigarh Kare Aashiqui is coming to the theaters on December 10. Stay tuned for our review!

Quote
This is what the director had to say

Speaking about his film, director Kapoor said, "Nothing gives me more joy than to see our film heading for a theatrical release soon." He added, "It's not just any love story but one that's uniquely mind-bending and yet universal in its appeal."