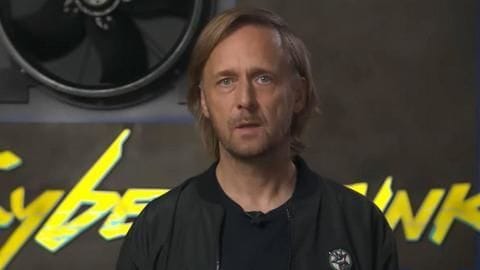 Gamers are foul mouthing Cyberpunk 2077 out of the sheer frustration they have been facing as bug-riddled gameplay on consoles left their joysticks a bit too clean since the game's release on December 10, 2020. The media has been bashing game development brand CD Projekt Red for the appalling experience. Now, co-founder Marcin Iwiński has released an apology video guiding gamers toward solutions here on.

Video
'Please don't fault any of our teams for what happened'

Owning up publicly, Iwiński said he and the entire leadership team are deeply sorry for what happened. Citing that "honest and direct communication" with gamers is a founding principle of the company, the CD Projekt co-founder said, "Please don't fault any of our teams for what happened." He added that he was part of the final decision-makers to release the game.

The apology video, spanning over 5 minutes, was also supported by a text document uploaded on the site that reiterated Iwiński's explanation about what went wrong. He put the blame on the limited bandwidth of old-generation consoles, which proved to be the biggest challenge for developers trying to feed the consoles with the high-bandwidth Night City game mechanics, which had a relatively "loading-free environment".

He added that the game had a flawless run on PC and that they didn't find any major crash while testing the old-gen consoles. In fact, he supported the claim by stating that their testing experiences improved as the game release date approached. But gamers experienced otherwise. Media reports disputed Iwiński's claim over bandwidth, stating that they tested their Witcher games similarly without glitches.

Development
Bug-fixing patch in 10 days, with a bigger patch following

Announcing the completion of the first round of reimbursements, Iwiński stated that the team will release a bug-fixing patch in 10 days, with a bigger patch following. The team reiterated their plan to release DLCs, but have deferred it for the time being as their priority is to fix bugs now. Last December, the company had tweeted about fixing "bugs and crashes."

Information
Even Tesla-SpaceX CEO Musk asked, 'Does anyone else feel empty?'

Replying to the tweet, tech-billionaire Elon Musk posted an image, headlining it, "Does anyone else feel empty? I've been crying for the last few days." Then, the explanation read, "I end up crying whenever I think about the game...I don't even want to touch my PS4."