Five best Netflix movies and shows to watch this February

Netflix is one of the premiere content streaming sites and they plan to cement their position by continuously adding new movies and shows. With increasing competition among existing and upcoming streaming platforms, Netflix strives to stay ahead of the game by providing their consumers with a variety of content to choose from. Want to know their top five February releases? Read on.

Velvet Buzzsaw is coming to Netflix on February 1. Starring Jake Gyllenhaal, Rene Russo, the film focuses on a supernatural force haunting a series of artworks by an unknown artist. This force punishes those who let greed interfere in art, making a great commentary on money dictating aesthetics in modern art market. We are most excited about this film due to cast and plot. 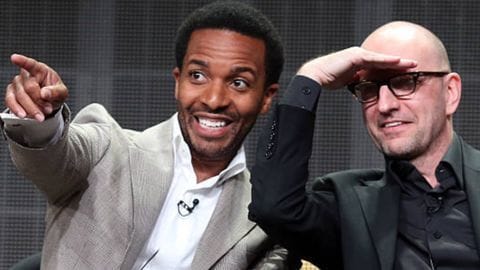 High Flying Bird is scheduled to arrive on Netflix on February 8. The film stars Andre Holland of Moonlight fame. Holland plays a high powered sports agent who pitches a controversial idea to a rookie basketball player. We are most excited about this film since it is being helmed by notable director Steven Soderbergh, who has shot the entire movie on an iPhone.

Content 3
'Dating Around': February is the month to celebrate love

Dating Around is coming to Netflix on February 14. It is Netflix's first original dating show. The story revolves around a real-life single individual who will be navigating 5 blind dates to see if anyone is worthy of a second date. The show about flirtations and fails comes on Valentine's day and is going to be a wonderfully fun way to celebrate love.

Content 4
'The Umbrella Academy': A superpowered family but normal too

The Umbrella Academy is an upcoming show arriving on Netflix on February 15. It is based on the comics of the same name. Starring Ellen Page, the show revolves around a family of superheroes who reunite after their father's death, trying to prevent a global apocalypse. We are excited about the show which promises a grounded look at heroes, balancing family quarrels and superpowers.

Content 5
'Get Out': A new direction where horror questions social issues

Get Out by Jordan Peele came out in 2017 and received critical acclaim from fans. The story expertly interweaves horror and pertinent questions about race and racial discrimination that manifests itself in monstrous ways. Starring Daniel Kaluuya, the Oscar-winning film will come to Netflix on February 24. Watch it for the ingenious and extremely tense storytelling that will have you on the edge.