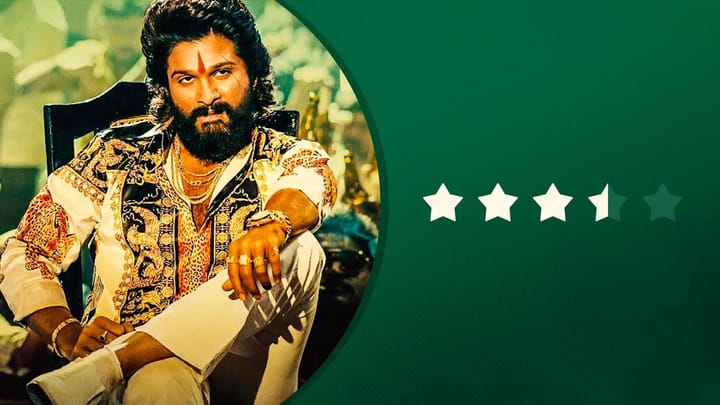 The makers of Allu Arjun's Pushpa recently dropped a foot-tapping number titled Eyy Bidda ahead of the film's release on December 17. The new song is an electrifying number and would undoubtedly swoon over the masses. Composed by Devi Sri Prasad, the latest song gives us a gist of the massy elements of the iconic star in the film. Here is our verdict.

After getting postponed a number of times due to the pandemic, Tollywood is gearing up for Pushpa, one of the biggest projects of the Telugu entertainment industry. Apart from Arjun, it also stars Rashmika Mandanna and Malayalam star Fahadh Faasil in his Telugu debut. So, given this pan-India appeal, dubbed version of Pushpa will be released in languages including Tamil, Kannada, Malayalam, and Hindi.

Coming back to the song, like the film, it was also released in all the aforementioned languages, as promised by the makers. The original Telugu version takes the cake though. But we have reviewed the Tamil version for a better understanding of the lyrics.

If one were to write words for an almost four-minute-long song based on the popular saying, "If you are bad, I'm your dad," it would be Eyy Bidda. The whole song is about how Pushpa Raju has his own rules and would not spare anything that gets in his way. Chandrabose has penned the lyrics of the song's Telugu version.

Arjun flaunts his massy swag throughout the song

Talking about the visuals, Arjun gave me heart palpitations with his badass swag and attitude. His elaborate costumes and accessories have gone well with the song's theme. A few shots show him sitting on a pile of red sandalwood set up as a throne, giving cues on what to expect from the film. The visuals also give us glimpses of the song's making.

All you need to know about 'Pushpa' for now

Verdict: Song bags 3.5 stars. Directed by Sukumar, Pushpa will be released in two parts. The first installment titled Pushpa: The Rise will have Faasil as the main antagonist, while Mandanna's Srivalli is Arjun's romantic interest. Naveen Yerneni and Y Ravi Shankar have bankrolled the project. The film will also have Samantha Ruth Prabhu making a special appearance for the fifth song of Pushpa.