Irrfan Khan's son Babil was seen attending the 66th Filmfare Awards in Mumbai on Saturday evening to accept two awards on behalf of his late father.

He shared a video of him getting ready for the event the next day, revealing he wore his father's clothes. His mother Sutapa Sikdar was seen helping him get dressed in the clip.

He took inspiration from Khan while entering 'uncomfortable new spaces'

Taking to social media, Babil revealed the story behind the clothes he wore.

He wrote: "My father hated participating in fashion shows and ramp walks but he did it in these same clothes in order to continuously break out of his comfort zone."

He said it was "exactly what" he was doing at the event, i.e., tearing through "into new spaces" he's "uncomfortable with."

Sikdar revealed why she didn't attend the show 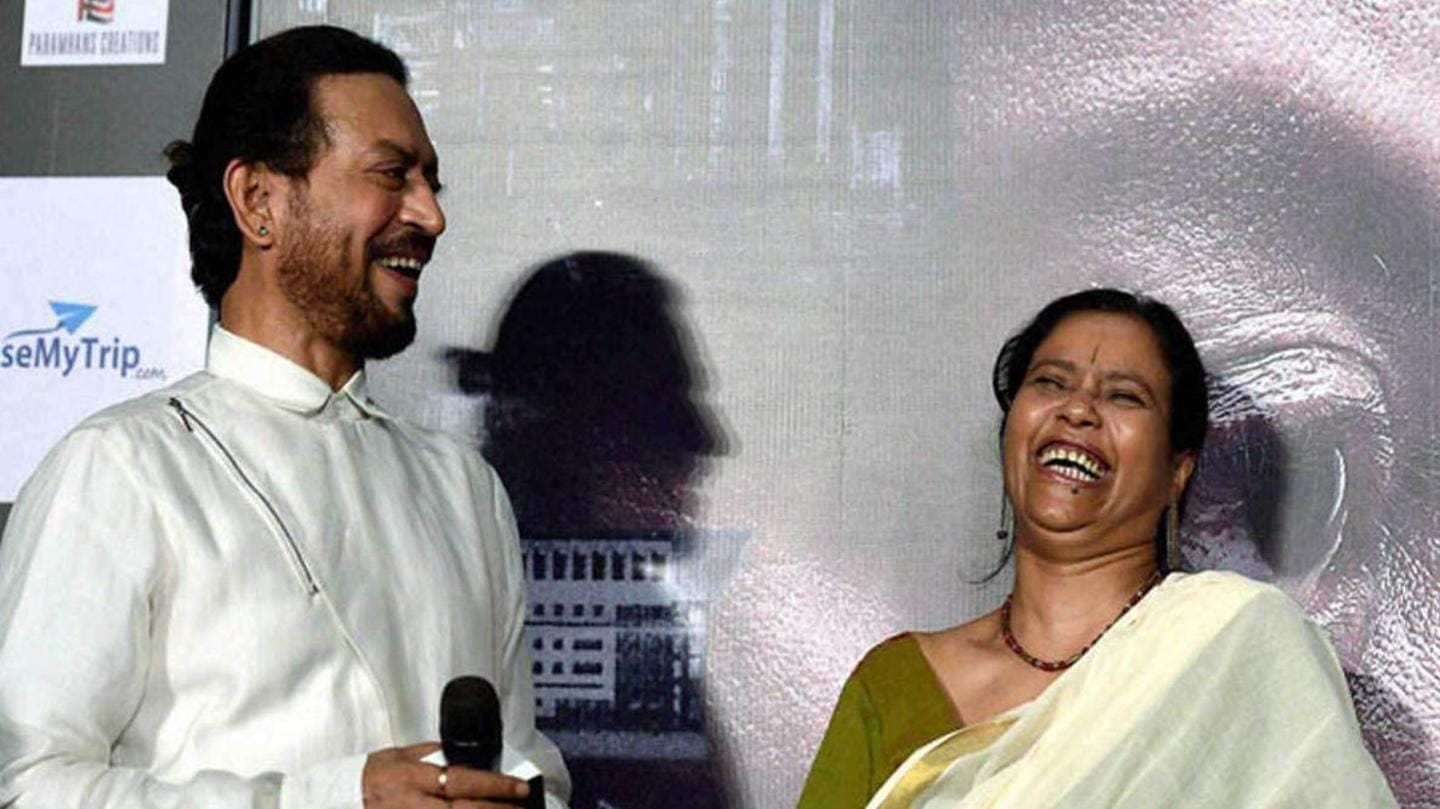 While dressing up Babil, Sikdar was also seen muttering encouraging words like, "Everything will be fine," in the video.

She also says at one point: "I wish I could go with you, I can't." To this, Babil asks what was the reason behind her not going to the event.

"I can't face people," she replies, as the duo embrace each other in a hug.

'Mamma dressing me up'

'This is not my place to say anything'

Babil posted an excerpt from his acceptance speech, saying: "This is not my place to say anything. People always say...you cannot fit into your father's shoes but at least I can fit into his clothes."

He also thanked the audience and industry for showering their family with love and warmth.

Babil, Ayaan working on music album as tribute to Irrfan Earlier, Babil had shared that he was working on a music album with younger brother Ayaan as a tribute to their late father.

Posting a clip from their session, Babil wrote: "What could be better for Baba's legacy if me and my bro drop an album on y'all (sic)."

In the video, he was singing an English track while Ayaan managed the music software.