Netflix's Into the Night was officially renewed for a second season on July 1, 2020. The science-fiction drama revolves around a group of survivors that continuously heads toward the west in order to avoid the sun's deadly rays. The first season ended with the survivors finding a bunker, hinting that they will find a way out of the apocalypse. Let's explore.

In this article
Death

Will Terenzio survive? Does he have some supernatural power?

Terenzio found redemption at the end of last season. However, the survivors still doubt trusting him. Because of the same, Sylvie handcuffs him. Unfortunately, Terenzio wasn't uncuffed until the sun rises, hinting at his death. Therefore, Stefano Cassetti as Terenzio is not expected to return to the show. However, the storyline could be twisted if Terenzio gets some superpower for surviving the deadly rays.

Is there a way to solve the problem with sun?

Will the military hosts be a problem for the survivors?

The trailer hints that the survivors have set their foot in trouble after getting down the bunker. We speculate the soldiers will hold everyone captive and make them do as advised. The teaser hints at Sylvie talking to someone from a different country, who might have a solution for real. There is a voice in the clip (trailer) saying, "They're crazy," hinting toward soldiers.

Will there be more sacrifices in second season?

Undoubtedly! We speculate there will be more deaths in the second season. However, the lead, Sylvie, will continue to survive till the end. Meanwhile, Ayaz could be the one to grow weak in the second season. We saw him being injured in the last season during the fight with Terenzio. However, Zara (Regina Bikkinina) will be there by his side to help him out.

Could love spark in between Zara and Ayaz?

Ayaz cares for Zara and her sick son Dominik. And, we theorize that he has secretly started liking Zara. If the emotions are for real and if they continue to grow, they could spark love in the coming seasons. However, their main concern will remain to take care of Dominik. Dominik's survival for too long remains uncertain as he needs urgent medical support.

'Into the Night' Season 2 premieres on September 8 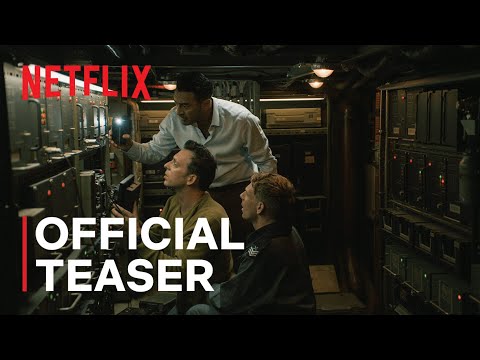 The recently released trailer of the second season claims, "After finding refuge deep underground, the passengers contend with a flurry of new crises—and rising tensions with their military hosts." Netflix's Into the Night Season 2 is scheduled to release on Wednesday, September 8, 2021. Similar to Season 1, the second season is speculated to have six episodes. Stay prepared for more dark nights!