'Karwaan' trailer: Irrfan Khan steals the show with his one-liners 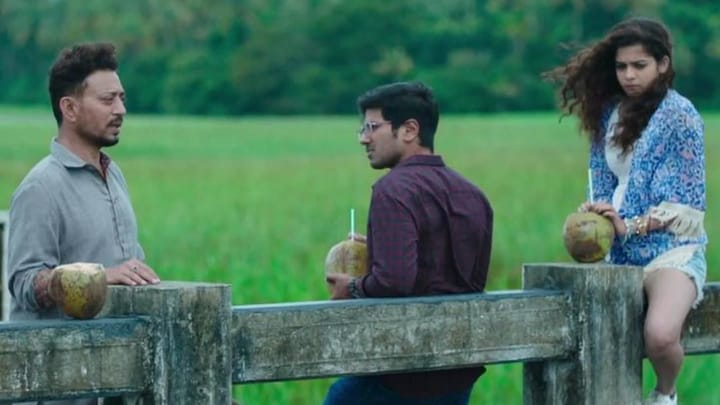 Irrfan Khan is back in action and joining him this time are debutants Dulquer Salmaan and Mithila Palkar. The three actors are sharing the screen space in 'Karwaan', the trailer of which dropped a while back. Irrfan, as usual, seems to be in top form and leaves his fans wanting for more.

Both Dulquer and Mithila have a dedicated fan following and that will certainly benefit the project. While Dulquer is adored for his work in the South Indian film industry, Mithila became an Internet sensation after she appeared in multiple web-series such as 'Little Things', 'Girl In The City' etc. 'Karwaan' marks a new beginning for both the actors.

Twitterati gives a thumbs up to 'Karwaan' trailer

The trailer of the slice of life film found many takers on the micro-blogging website. Abhi Gupte wrote, "Wowser! This looks really refreshing, funny, tender & totally watchable! Super job by all of you! Can't wait to watch!" "Totally an incredible journey taking you to the most entertaining, meaningful life journey with the classy phenomenon performance of>@irrfank totally at his rocking best!" said another.

It will be Irrfan's second release of 2018

Irrfan's first outing of 2018 was Abhinay Deo's 'Blackmail'. Though Irrfan garnered rave reviews for his performance, the film could not do well at the box office. Now, he looks to make up for it with 'Karwaan' that will release on August 3.