Here's a list of all major movie releases this June

June 2018 is expected to sizzle our summer with some much-awaited movies like 'Veere Di Wedding', 'Bhavesh Joshi', 'Race 3', and 'Sanju' lined up across the month. June has already kick-started with the clash between brother-sister (Sonam and Harshvardhan) movies- 'Veere Di Wedding' and 'Bhavesh Joshi'. Here is a list of movies for you to binge-watch this June.

Kaala
Rajnikanth is back

This Rajnikanth starrer is set to release on June 7 in three languages- Hindi, Tamil, Telugu. Bank-rolled by Dhanush, Kaala is a crime drama, set in Mumbai. It traces the story of a man from Tirunelveli who migrates to Mumbai and eventually ends up as a virtuous gangster in the Dharavi slums. Other actors of the movie include- Nana Patekar, Samuthirakani, and Huma Qureshi.

Jurassic fans now have a big reason to celebrate- this installment is not only bringing back Chris Pratt as the stylish dinosaur trainer but also Jeff Goldblum in the iconic role of Ian Malcolm from the original movie. It's releasing on June 7 in four languages- English, Hindi, Tamil, and Telugu. This time, they are going to discover a terrifying new breed of gigantic dinosaurs.

Race 3
Meanwhile, Bhai is back with a bang this Eid 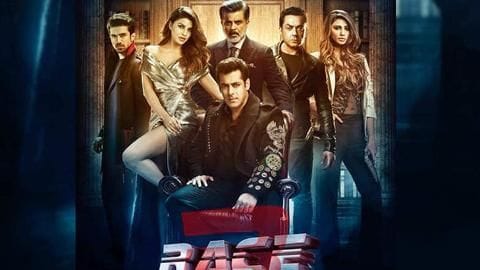 Salman's 'Race 3' has been in news ever since its trailer launch for multiple reasons. Despite being trolled a lot, it is still a much-awaited 'Bhai' starrer. The third installment of Race is all set to release on this Eid (June 15). Directed by Remo D'Souza, the movie also stars Anil Kapoor, Jacqueline Fernandez, Bobby Deol, Daisy Shah, Saqib Saleem, among others.

The Incredibles 2
When your long wait is finally over

After waiting for 14 years, we are finally going to meet the Incredibles again on June 22. Directed by Brad Bird, the series is coming back with a little mature Jack-Jack, who stole our heart in the first installment. And of course, how can we let go of the fact that Mr. Incredible would do the babysitting this time, that too in 3D!

Sanju
The movie that makes wait even tougher

Hands-down, 'Sanju' is the most awaited movie of 2018. It would be enthralling to see the box-office response to this Sanjay Dutt's biography starring Ranbir in the lead role. The movie is directed by Rajkumar Hirani and is releasing on June 29. It also stars Paresh Rawal, Manisha Koirala, Anushka Sharma, Sonam Kapoor, Dia Mirza in pivotal roles. We are sure Ranbir will steal our hearts with this one.