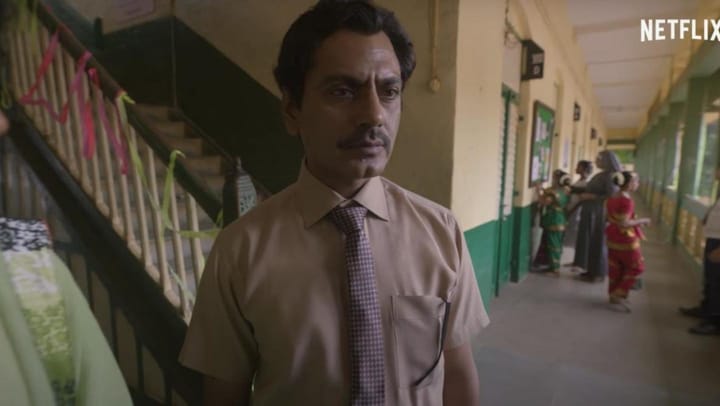 A fun and mystery-filled trailer of Nawazuddin Siddiqui-starrer upcoming Netflix film Serious Men is now out. The Sudhir Mishra-directorial movie is based on journalist Manu Joseph's book by the same name. It tells the tale of a father and son duo and their attempt to make a fool out of the world around them. Here is more on this.

Nawazuddin's journey, "from 2G to 4G"

The intriguing 2.5-minute-long trailer introduces us to Nawazuddin's Ayyan Mani, a street-smart slum dweller who constructs a far-sighted plan to become successful. Mani, who belongs to the second generation in his family, believes that it takes four generations to make it big in life and rank among "Serious Men," a term he uses for suited men who sit in offices and give orders.

Apparently, a genius son is exactly what he needs

Nawazuddin's character then cons his way into making the world believe that his 10-year-old son (played by Aakshath Das) is a genius. The son is portrayed as a "deadly combination" of "Junior Abdul Kalam," and "next Einstein." Everything seems to be going perfectly until the plan suddenly comes crashing down. Will he be able to save themselves from getting exposed? The film will answer.

Talking about the movie, Mishra said in an earlier statement, "The great thing about Manu Joseph's novel is that it is funny and wacky, yet deeply emotional." "The film charts its own graph for the transformation of the story to another medium, but it still remains an endearing story of a father's desire to create a bright future for his son," he had added.

'Serious Men' will be out on October 2

Serious Men will start streaming on Netflix from October 2. The movie is among a slew of Indian original titles announced by the streamer. The line-up also includes Anurag Basu's Ludo, AK Vs AK, Torbaaz, Ginny Weds Sunny, Tribhanga and Kaali Khuhi.