'Ray' trailer: When you think you're God and fail miserably 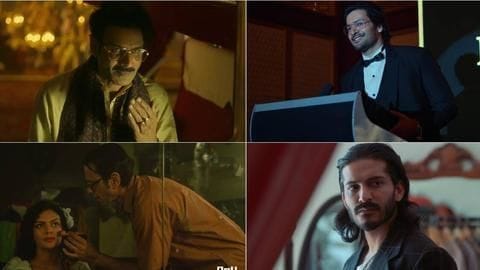 When skilled actors like Manoj Bajpayee, Gajraj Rao, Kay Kay Menon and Ali Fazal come together to narrate stories revolving around "ego, betrayal, revenge and envy," expect nothing less than firecrackers. That's exactly how you feel when you watch the trailer of Netflix's upcoming anthology Ray. Its four segments are a modern day retelling of short stories by ace-filmmaker and writer Satyajit Ray.

Trailer
The very first line indicates something eerie is coming up

The two-and-a-half-minute-long trailer opens with a voice asking who we are, and how we are any different from God, because "janam hum bhi to dete hai jaise usne diya (we too give birth, just like Him)." This very first line makes you realize that you're in for something pretty sinister. The camera then pans to Fazal, a successful businessman with eidetic memory.

Fazal's character, Ipsit Nair, soon faces crisis, as his mind starts disintegrating. This segment is titled Forget Me Not. As usual, Fazal has outdone himself. Next is Harsh Varrdhan Kapoor, a self-obsessed actor in Spotlight, who is blown away by a godwoman's popularity.

We then see Menon in and as Bahrupiya or shape-shifter, whose heart lies in transforming faces and makeup, despite having a stable job. This segment evokes a strong allure. In the segment Hungama Hai Kyon Barpa, we get introduced to Bajpayee as ghazal singer Musafir Ali, looking to reclaim his fame. Rao probably plays his assistant or fan, whom he meets on a train.

The trailer brilliantly showcases different character arcs in a short span of time. It captures how the men, all of who start from a high, reach a crippling low, because of their different vices and traits. It flashes the words Ego, Revenge, Envy, Betrayal toward the end, while a voiceover says, "whenever a man believes himself to be God, he has a major downfall."

Details
Names of the Ray stories that have been adapted