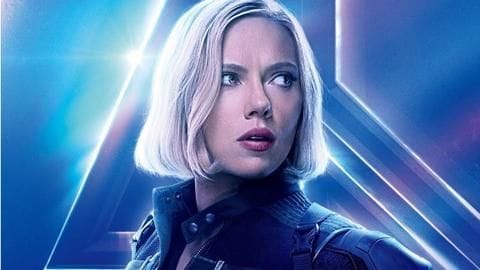 Attention, Marvel fans! We finally have a new Black Widow teaser showing sisters Natasha Romanoff and Yelena Belova in full action. Marvel had unveiled the new clip during the MTV Movie & TV Awards. Fans will finally get to see the origin story of the assassin Natasha Romanoff, also known as Black Widow, and it will mark the first movie in MCU Phase 4.

In this article
Clip

It shows the sisters on a BMW, as a woman in black chases them on a motorcycle. The high-octane chase features Natasha at the wheel, while Yelena (Florence Pugh) asks her about her plans from the passenger seat. They bond in their own way, as Yelena joins in on the action. She swerves the car around, and kicks the passenger door at the biker.

What is 'Black Widow' all about?

To note, Black Widow is set after the events of Captain America: Civil War. It follows Natasha as she returns to her former homeland, Russia. There, she encounters her old allies, Yelena, Melina, and Red Guardian. They all have a common enemy, Taskmaster, who's known to duplicate his enemies' fighting styles. Black Widow will also address what happened between Natasha and Hawkeye in Budapest.

Cast, release date, and other details of the film

Apart from Scarlett Johansson and Pugh, the movie has David Harbour, Rachel Weisz, O-T Fagbenle, Robert Downey Jr., William Hurt, and Ray Winstone. Black Widow will hit the theaters and Disney Plus on July 9. The movie has two Oscar winners, Hurt and Weisz, along with three Oscar nominees, and has been directed by Cate Shortland (of Berlin Syndrome fame).

Some interesting trivia about the character and movie

To recall, Black Widow made her first movie appearance in Iron Man 2, and Emily Blunt was the first choice for this character. Initially, Marvel wanted Oscar-winning director Chloé Zhao for this movie, who chose to do Eternals instead. Emma Watson, Alice Englert, Dar Zuzovsky, and Saoirse Ronan were considered for the role of Belova. But the part eventually went to Pugh.