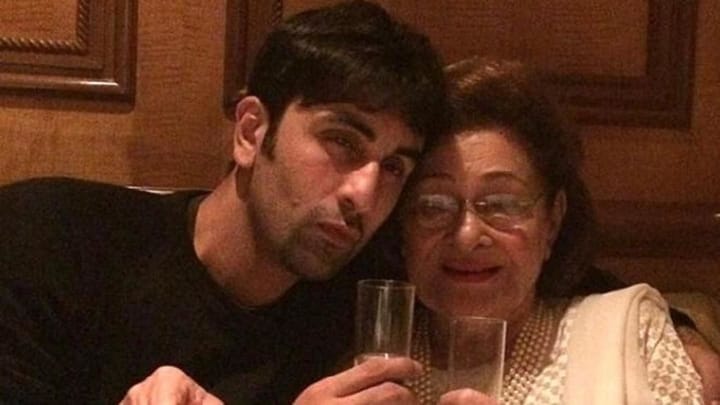 The month of October began on a heartbreaking note for Kapoor family as the matriarch Krishna Raj Kapoor passed away. She died of cardiac arrest, and was 87-year-old. While the entire B-town is mourning the loss, we got our hands on Vogue's 2013 video where Ranbir is seen talking about his fondest memory of his grandma. It will leave you teary-eyed.

Sunday was awesome because of Krishna Raj Kapoor

In the video, Ranbir said that his Sundays have always been awesome because of his grandma as the entire Kapoor family used to meet at her place for a mouth-watering treat. "We spend the entire day there chatting, speaking about each other's work and experience. My grandmother used to tell us stories about my grandfather. It is nostalgic and it is history," Ranbir said.

The entire Kapoor clan gathered at the Kapoor residence to perform Krishna's last rites. Randhir Kapoor also released a statement, "My mother passed away at about 5 am today due to cardiac arrest...old age was another factor. We are deeply saddened by her demise."

Soon after the news of sudden demise of Krishna Raj Kapoor broke, the B-town sent their heartfelt condolences to the Kapoor family. Celebrities like Bachchan family, Kajol, Rani Mukerji, Karan Johar, Alia Bhatt arrived at the Kapoor residence to pay their last tribute. Even Twitter was flooded with condolence tweets. Salman Khan wrote, "Krishna aunty, my mother and me will miss u always."