'Desi Munda' by Ratul Sharma is catchy but nothing memorable 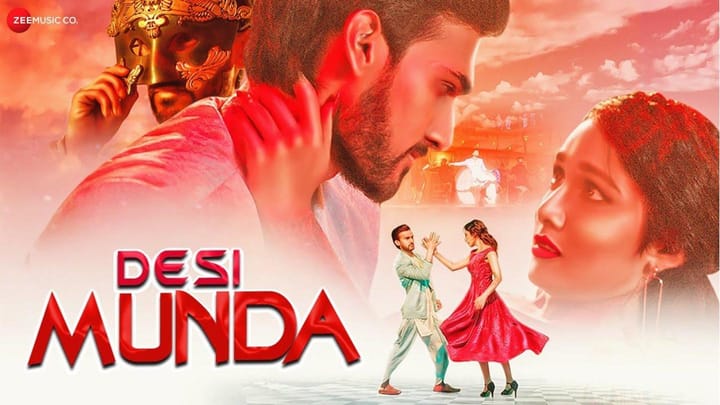 Punjabi music lovers, rejoice! For, Ratul Sharma has dropped a new romantic dance track, titled Desi Munda. Set in a party, the music video features Sharma singing praises of desi style over everything foreign. Rishika Mishra is the female lead in the MV while Sunjoy Bose has composed the music. It is sweet to listen to but lacks any recall value. Here's our review.

Music is groovy, lyrics sometimes come off as crass

The song is light and breezy and thus does not try to go in too deep. It is a simple track, trying to demonstrate how a desi munda [man] and his ways are better than videshi [foreign] ones. Although the music composition and production [by Ganesh Waghela] are groovy, the lyrics by Ozil Dalal come off as crass at times.

For example, joking about epilepsy isn't cool. The video, directed by Suman Ganguly, is also not devoid of issues as it downplays a woman's agency to portray the man as dapper. Sharma enters the party and immediately starts annoying Mishra (be it pushing away her partner or forcing her to dance) and somehow she's intrigued by him at the end. Show something realistic, maybe.

Sharma dances to the best of his abilities but the visuals are not polished enough. Dhruwal Patel and Shruti Haldipur have handled the cinematography and art direction, respectively. Backed by Zee Music Company, the production for the venture could have been more high-end. Just like the company's recently released Punjabi single Haan Karde, Desi Munda is quite subpar in its totality.

We will be expecting Zee to produce better projects. Despite its flaws, the song and the music video deserve a try. The track might also make it to some New Year house party playlists. Desi Munda is now streaming on music platforms and the MV is available on YouTube. Verdict: While the song gets 2.5/5, the video receives 1.5 stars.