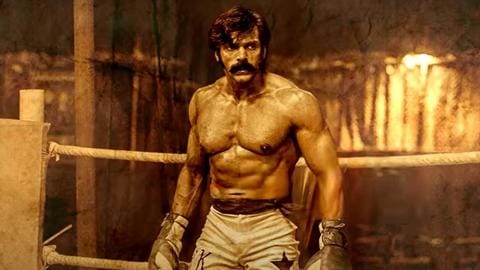 The trailer for Tamil sports drama Sarpatta Parambarai is here, and Arya as a dedicated boxer will surely hook your attention. Fellow superstar Suriya launched it earlier today, congratulating the entire team "for creating this epic film." Set around the boxing culture prevalent in North Chennai in the 1970s, the Pa. Ranjith-directorial will release on Amazon Prime Video on July 22.

Story
Story of a boxing clan, its struggle to regain glory

At the center of the action is a boxing clan called Sarpatta. Holding onto its glorious history, its members are trying to win matches and regain their footing. Kabilan (Arya) also belongs to this clan, and is shown as a passionate, hot-headed youth. As the opening scenes of the trailer suggest, the final face-off between the Sarpatta and Idiyappa clans will be the climax.

Throughout the trailer, we see multiple people obstruct Kabilan from competing, either due to lack of trust or by undermining his potential. But lack of solidarity doesn't shake him and we expect the fate of his clan will rest on him. The over-three-minute clip ends at an emotional high, as Mohammad Ali's famous quote ("float like a butterfly sting like a bee") is heard.

Cast
Introductory clip was shared by makers back in March

Earlier, on March 28, a video was shared by the makers that introduced the cast and the characters that they play. We had seen how hard the cast, including Arya, had trained to become boxers. John Kokken as Vembuli, Kalaiyarasan as Vetriselvan, Pasupathy as Rangan Vaathiyar, Dushara Vijayan as Mariyamma, among others, were introduced. Bollywood actress Taapsee Pannu had also posted the clip.

The movie also stars Santhosh Prathap, Shabeer Kallarakkal, John Vijay, Kaali Venkat, and Muthukumar in crucial roles. Murali G is the cinematographer and Santhosh Narayanan has helmed the music composition. Selva RK is the editor and AnbAriv duo has been credited for the stunts. Ranjith has also co-produced the film under his banner Neelam Productions, along with K9 Studios.