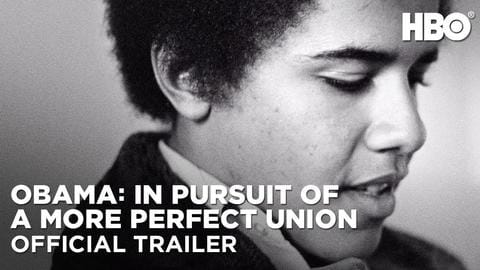 HBO has recently dropped the trailer of a documentary, Obama: In Pursuit of a More Perfect Union. It is a three-part docu-series, which will throw light on the personal and political journey of the former US President, Barack Obama. He was the first American president of color, who won the election twice (2008 and 2012) and served the country from 2009 to 2017.

About
What is in the trailer?

The trailer gives a glimpse into Obama's story, right from struggling with racial identity to giving hope to millions. "Is he going to address our issues?"— everyone had this question, when he was elected. It also showed how Obama tried to deal with the backlash and find a middle ground, "only to realize that the Republicans don't want him successful in any way."

Cast
Several guests appear in the trailer, but not Obama

As shown in the trailer, Obama isn't filmed, but the documentary adds his past interviews. Reports suggest that several guests from different fields will appear on the series and talk about their versions of Obama's life. Author Jelani Cobb, speechwriter Jon Favreau, political consultant David Axelrod, Rev. Alvin Love, journalist Laura Washington and New Yorker editor David Remnick are among the guests.

Synopsis
What will be shown in the three parts?

In the three parts of Obama: In Pursuit Of A More Perfect Union, the first one will deal with his early life, which will include his education and upbringing. The second part will show the politician's presidential run and campaigns in 2008 and the last episode will be about the challenges he faced in the White House as the president of the USA.

Release Date
It will start streaming from August 3 on HBO

It's directed by Peter Kunhardt, who is known for documentaries such as Living with Lincoln, Nixon by Nixon: In His Own Words, John McCain: For Whom the Bell Tolls, etc. Obama will premiere on HBO on August 3 and will also stream online at HBO Max. On his birthday (August 4), the second-part will be released and then, the third one the next day.