Nandamuri Balakrishna roars as a fierce lion in 'Akhanda' trailer 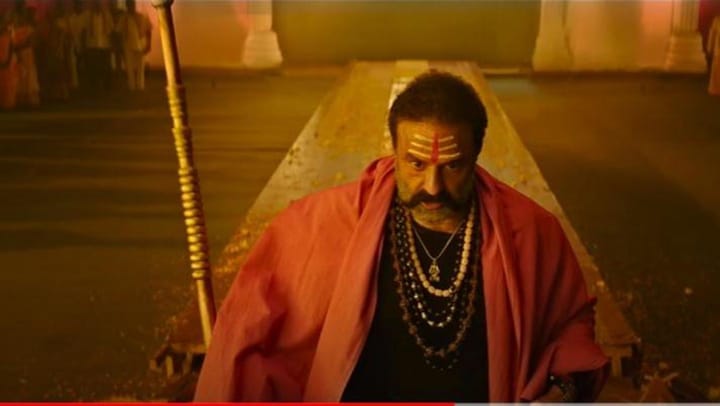 Tollywood fans are electrified right now! Nandamuri Balakrishna's upcoming film, Akhanda, is all set to be released on December 2. The makers have also released an enthralling trailer for the film on Sunday. Well, the trailer shows Balayya roaring in rage like a fierce lion. It looks promising and we can confidently say the film can meet the massive expectations of Balakrishna's fans.

Why is this film important?

This film marks the third collaboration between Boyapati Sreenu and Balayya. All eyes are on the project as the duo's previous couple of collaborations namely Simha and Legend turned out to be huge blockbusters. Going by the trailer, it can be understood that Akhanda will be a mass entertainer with all aspects that fans would expect from an NBK film.

Balayya's two different avatars were shown in the trailer

In the 2:18-minute-long trailer, Balakrishna is shown in two different avatars. While one shows the actor in his ever-classy look, the other one has him in an Aghori makeover, named Akhanda. Balayya has absolutely slain both the looks. In his role as Akhanda, it can be understood that he will fight evil and protect the helpless.

S Thaman's background score does justice to the theme

The trailer also has impressive background music that does absolute justice to what we see onscreen. S Thaman has composed music for the film. This, along with the commanding dialogues delivered by the actor and the thumping visuals, goes hand in hand, delivering an out-and-out massy trailer. Srikanth will be seen as the main antagonist and he stuns the viewers in the trailer.

There are divine elements throughout the trailer

In between the trailer, we see the lines: "When hope dies, when there is no faith, and when evil spreads its wings faster, Akhanda arrives." This pretty much covers what the film will be about. The fierce divine elements such as the skeleton mala send chills down the spine and we can't wait to witness the film on the big screens!

Huge lineup of big-budget Telugu films are on the cards