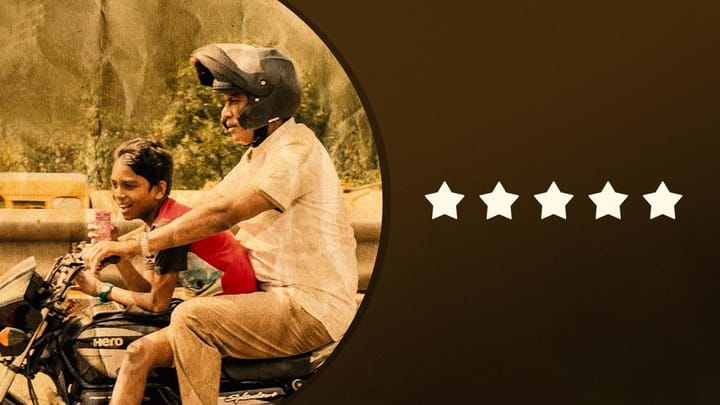 Makers of Samuthirakani's Kollywood film Writer have released its jukebox. The album's five songs indicate the film would be intense. Two songs are in the form of oppari (Lament style Tamil folk). Govind Vasantha has composed music for the Franklin Jacob-directorial. While Muthuvel has penned one song, Yuga Bharathi has written the other four. The album gets 5 stars and here's our detailed review.

Kaanal Neeraai narrates the bond between a father and son. It starts with a soft piano that continues till the first stanza followed by a melodious, soul-filling flute, backed by Pradeep Kumar's vocals. Rather than following a clichéd pattern of Kollywood's long list of songs around father-son theme, this one's lyrics sum up the euphoric moments of being a parent. Verdict: Bags 5 stars.

Titled Adi Adi, this song is all about how one goes through several hardships in life only to meet death face to face. Composed on oppari tune, Anthakudi Ilayaraja, Lakshmi Chandru, Ananda Priyan, and Jesurani have done the vocals. But what makes it more interesting is the usage of nadaswaram and thavil— musical instruments that are meant for auspicious occasions. Verdict: Bags 5 stars.

Like the previous song, Nindha Marai Thudhi is also an oppari. However, unlike Adi Adi, this one gives a sorrowful spin. The haunting voice of Meenakshi Elayaraja against the backdrop of a minimalistic and uniform music makes the song all the more gut-wrenching. Lyrics have been penned in a way to give you an emotional meltdown almost immediately. Verdict: Bags 4 stars.

'Yaarin Kaiyil': Eye-opener, encourages you to stand up against discrimination

Yaarin Kaiyil, crooned by Kumar, is an inspiring number to rebel against injustice. With a fierce violin piece in the middle part, the song induces goosebumps. Lyrics encourage one to stand up against discrimination of any kind. Lines like, "Paavam seidhoor vaazhum manne, paazhai neeyum poonal enna (May the land that carries sinful souls be cursed)" are moving. Verdict: Bags 4 stars.

'Kaattuppalli': Almost gives out the film's plot, the best song

Kaattuppalli is undoubtedly the best one. Its lyrics post metaphorical questions on how the non-privileged are the first ones to get affected if something goes wrong in the system. This song, armed with a rousing music, almost gives out Writer's story, which is about finding joy in little things, and the overwhelming struggle of living through the hardships. Verdict: Bags 5 stars.