BRICS to focus on counter-terror cooperation as priority area 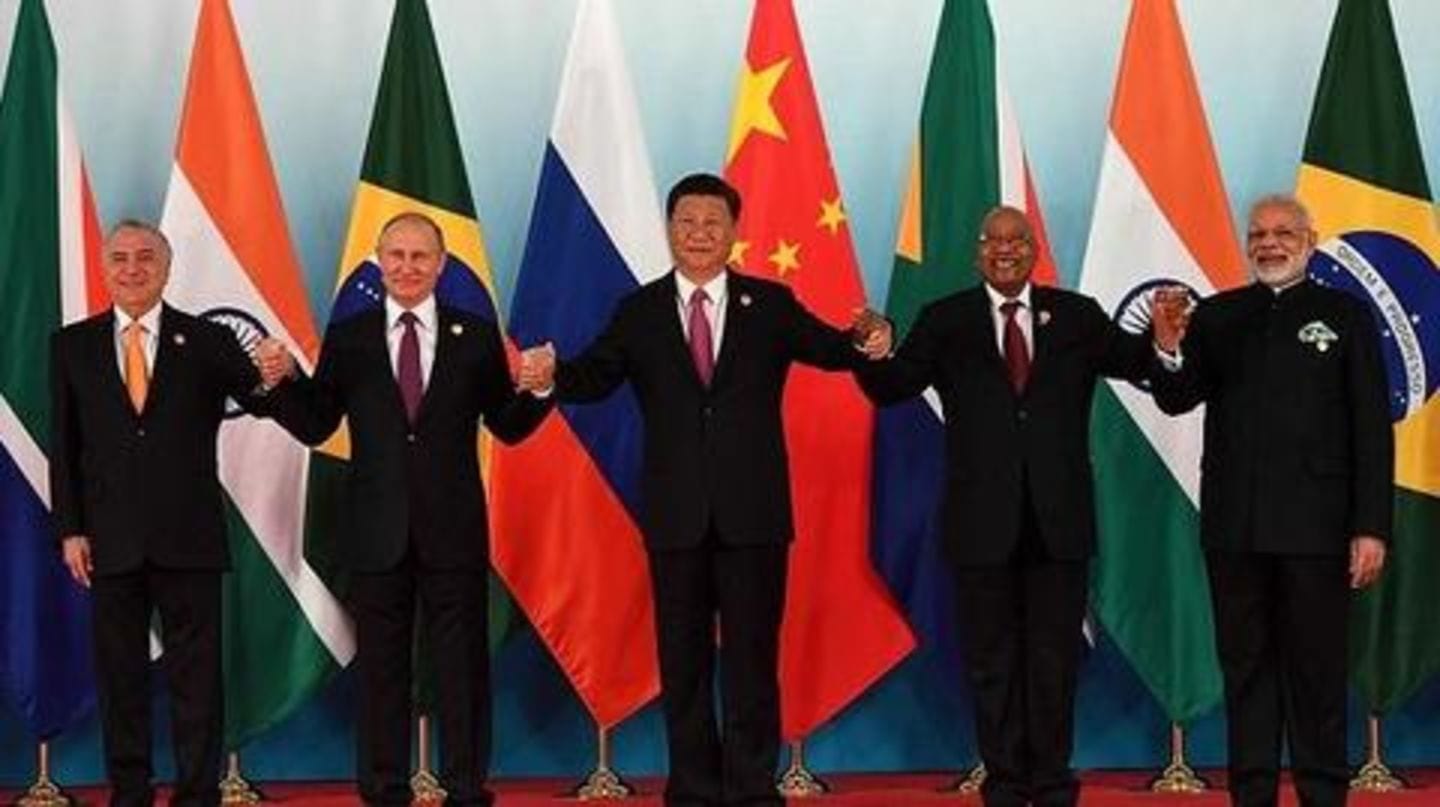 BRICS, a bloc of five leading nations including India and China, will discuss counter-terror cooperation as one of its priority areas during its annual summit later this year.

The External Affairs Ministry of India said the issue was figured at the two-day BRICS (Brazil-Russia-India-China-South Africa) Sherpa meeting held in the Brazilian city of Curitiba between March 14 and 15.

Brazil current chair of BRICS, which represents over 3.6bn people

Brazil is the current chair of the grouping, which represents over 3.6 billion people, or half of the world population and they have a combined nominal GDP of $16.6 trillion.

"It is worth mentioning that Brazil has identified countering terrorism as one of its priority areas for BRICS under its presidency. Brazil's priorities for its presidency includes inter-alia science and technology," the MEA said.

T S Tirumurti led the Indian delegation at the meeting

The Indian delegation at the meeting was led by T S Tirumurti, Secretary (Economic Relations) in the MEA.

After the February 14 Pulwama attack, India has mounted a diplomatic offensive to corner Pakistan on the issue of terrorism.

'India conveyed its support for priority-areas set out by Brazil'

"India conveyed its support for the priority areas set out by Brazil, particularly to take forward BRICS cooperation on counter-terrorism in a meaningful and concrete manner with BRICS member countries," the MEA said.

"India also underlined the need to take forward inter-alia people-to-people cooperation, cooperation in science and technology and innovation, and also in health and traditional medicine," it further added.