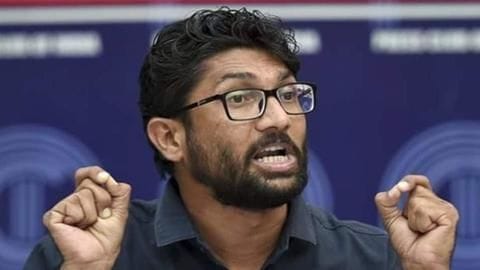 While speaking at a rally in Patna, independent MLA and Dalit leader Jignesh Mevani was caught abusing Prime Minister Narendra Modi repeatedly on camera. Mevani, a long-standing critic of Modi, called the PM 'namak haram' (one who betrays trust) as many as six times in nine minutes. Notably, this isn't the first time that Mevani has used derogatory language against Modi. Here's more.

Mevani was speaking at a rally organized by the CPI

The rally where Mevani was speaking had been organized by the Communist Party of India (CPI) at the Gandhi Maidan in Patna. Speaking at the rally, Mevani raised several questions about the recent spate of violence against Bihari and UP workers in Gujarat, and also lashed out at Modi and the Modi government for ignoring issues like hunger, fuel prices, farmer suicides, unemployment etc.

Mevani also blamed a powercut at the rally on Modi

Yet, that's not all. Mevani also abused Modi for his silence on the violence against Bihari and UP migrants in Gujarat, calling the Prime Minister a 'namak haraam' yet again. Interestingly, there was a brief power cut during the rally, and Mevani was quick to blame Modi for that too - "Yeh bhi iss namak haraam ka shadyantra hai," said Mevani.

Mevani has a history of abusing Narendra Modi

Mevani has had a history of abusing Modi. Earlier, he had tweeted a picture of himself rebuking a Modi-lookalike, demanding answers to Modi's lofty election promises of generating employment. Prior to that, Mevani had said that Modi should go to the Himalayas, melt his bones, and die in peace. Recently, Mevani also came under the police scanner for allegedly inciting the Bhima-Koregaon violence in Maharashtra.

Patna Metro receives over 7.5K entries for its logo contest

Complaint against Patna hospital where COVID-19 patient was 'sexually assaulted'

CAA protesters attack cops in Ahmedabad, seven youths save them

Mamata-Modi showdown: Didi pulls all nighter in dharna against Center

Gujarat: In 26 minutes, lawmakers approve salary-hike for themselves