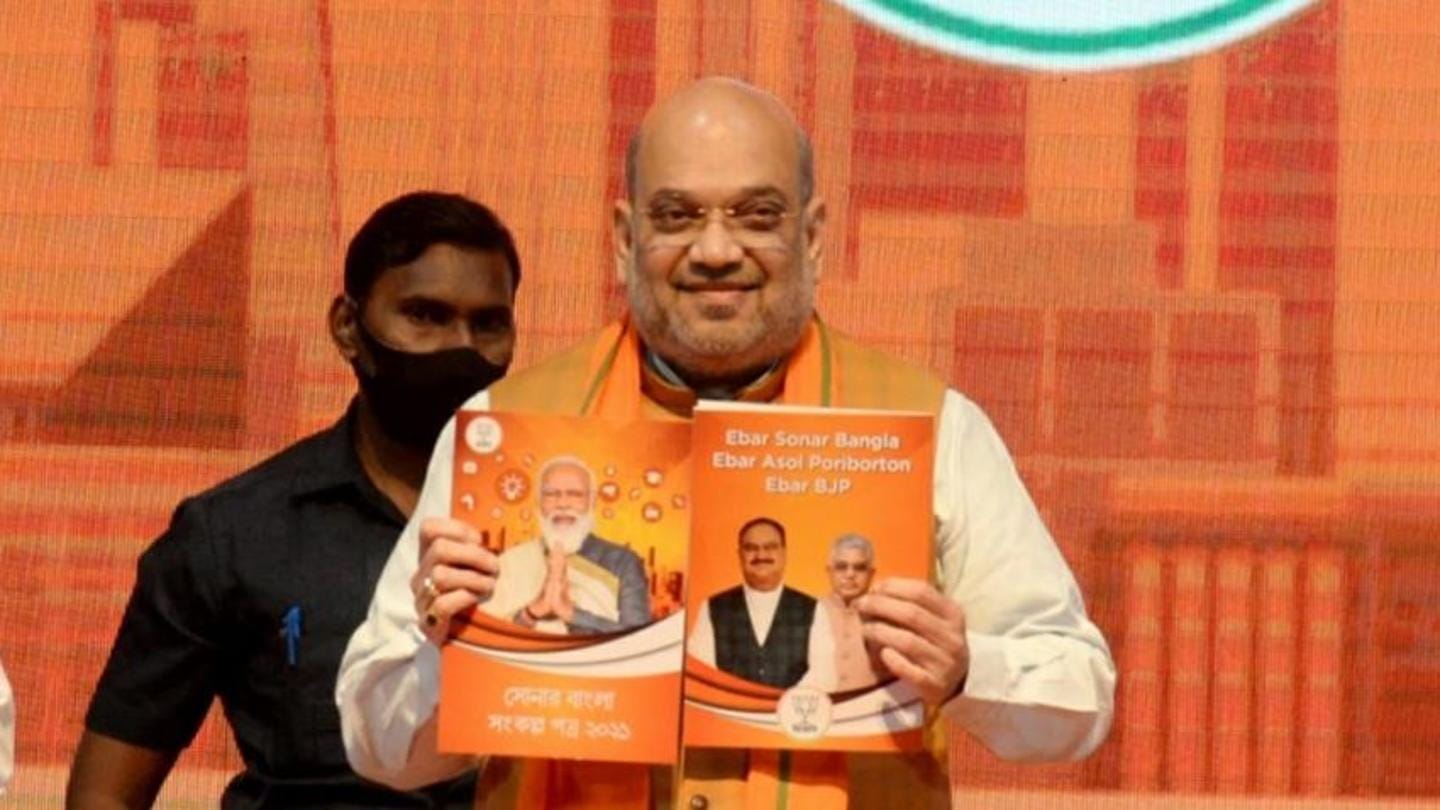 In the manifesto, called 'Sonar Bangla Sankalp Patra 2021', the saffron party promises to implement the contentious Citizenship (Amendment) Act, reservation for women in government jobs, aid to farmers, among other benefits.

Voting for the eight-phase election is due to begin next week. 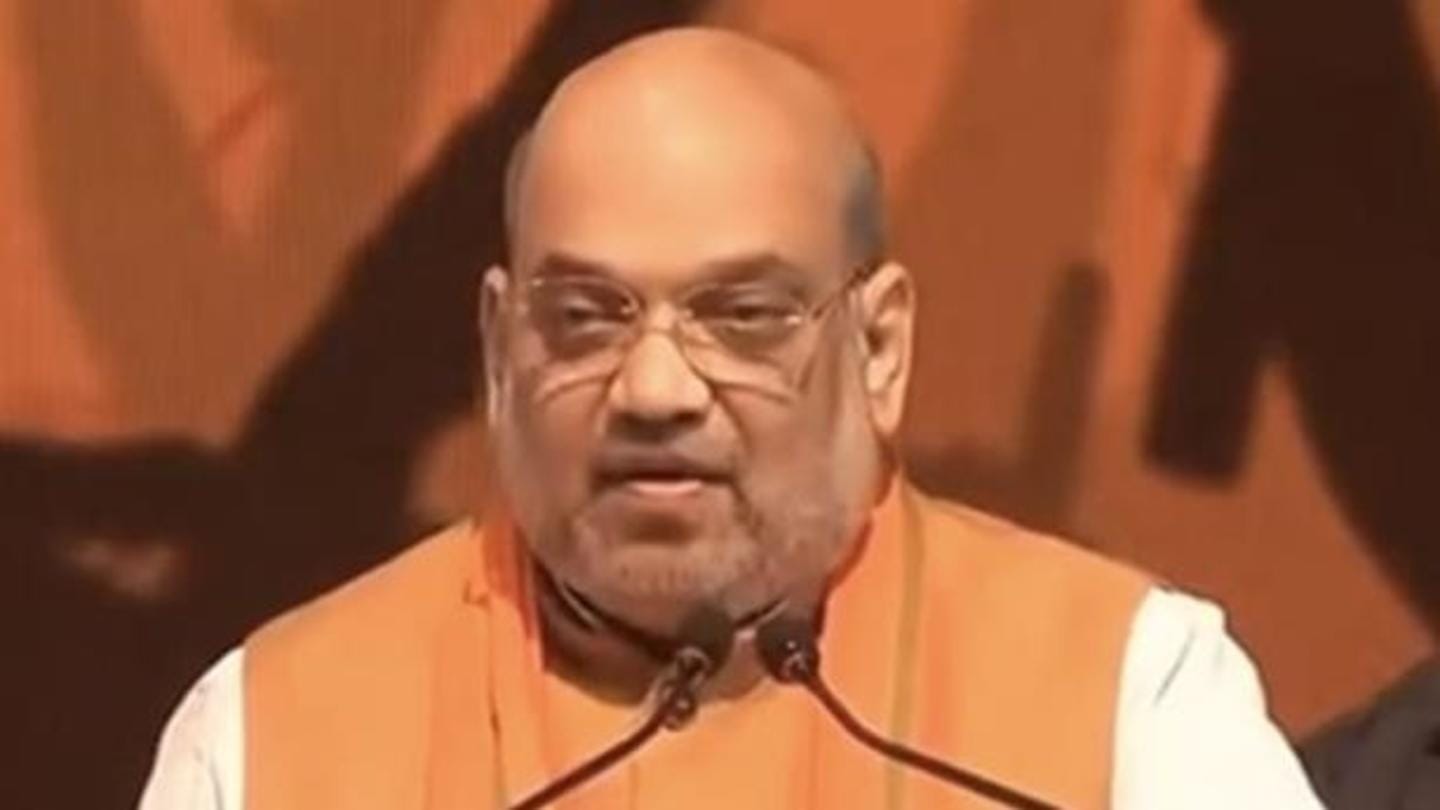 Shah said that West Bengal Chief Minister Mamata Banerjee, who belongs to the Trinamool Congress (TMC), has only delivered on three fronts in the past 10 years: politicization of administration, criminalization of politics, and institutionalization of corruption.

Bengal among most unsafe states for women: Shah

Further, Shah said that Bengal had become one of the most unsafe states for women. Inaction has halted the flow of employment, he said, describing the TMC's administration as a "dark chapter in Bengal's history.

What does the manifesto say?

The manifesto promises the implementation of CAA in the first Cabinet meeting, clean drinking water, free public transport for women, and the inclusion of Mahishya, Tili, and other Hindus OBCs under the reserved status.

It promises Rs. 10,000 financial aid to refugees for the next 5 years, raising the pension for widows to Rs. 3,000, efforts to get Bengali official language status, etc. 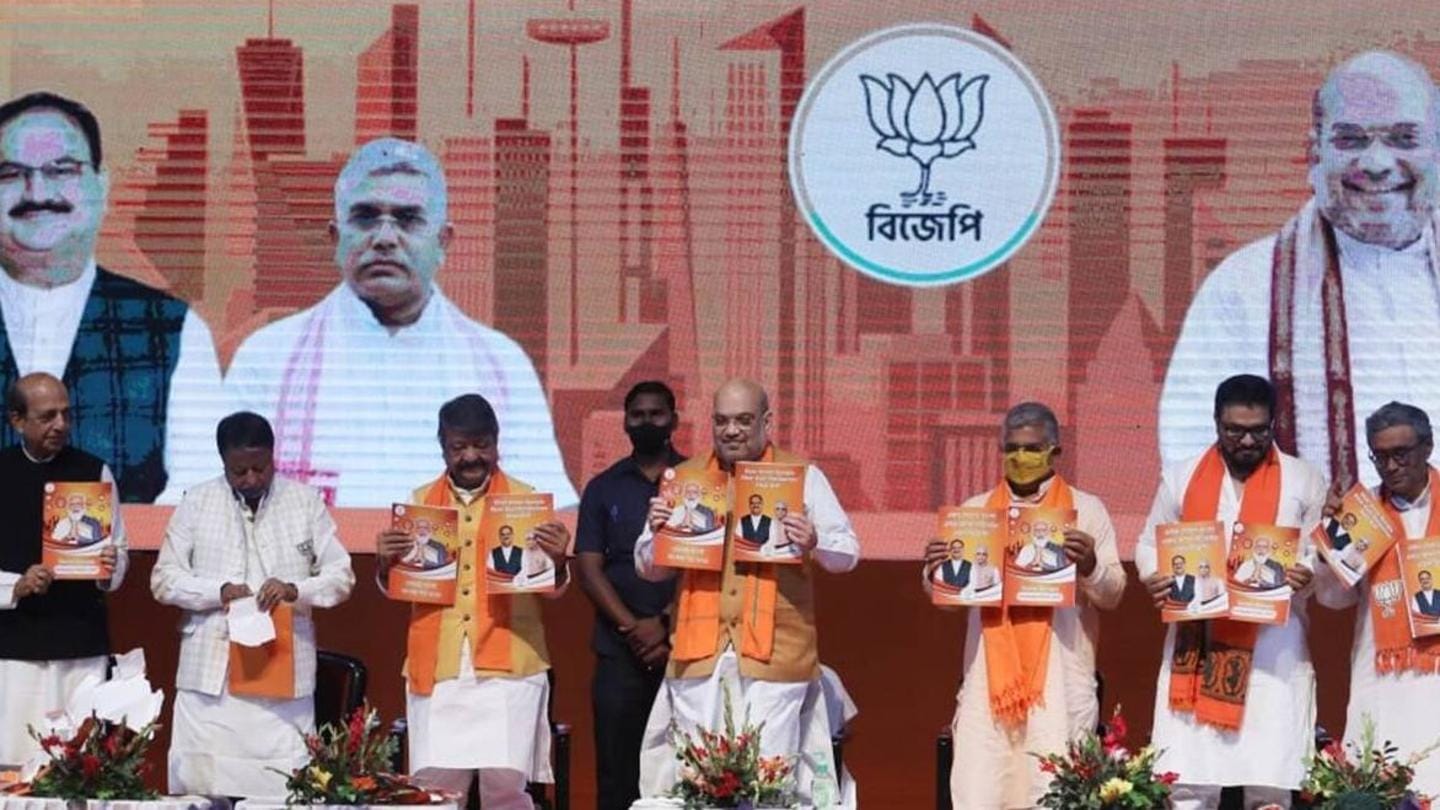 33% reservation for women in government jobs.

7th Pay Commission to be implemented.

No school fee for girls from KG to PG in government schools.

Bengali to be made mandatory in school education till Class X.

Engineering and medical course to be made available in Bengali.

Kisan Credit Card to be upgraded to Rupay card.

Insurance for fisherman up to Rs 3 lakh.

MSMEs to be given loans up to Rs 10 lakh. 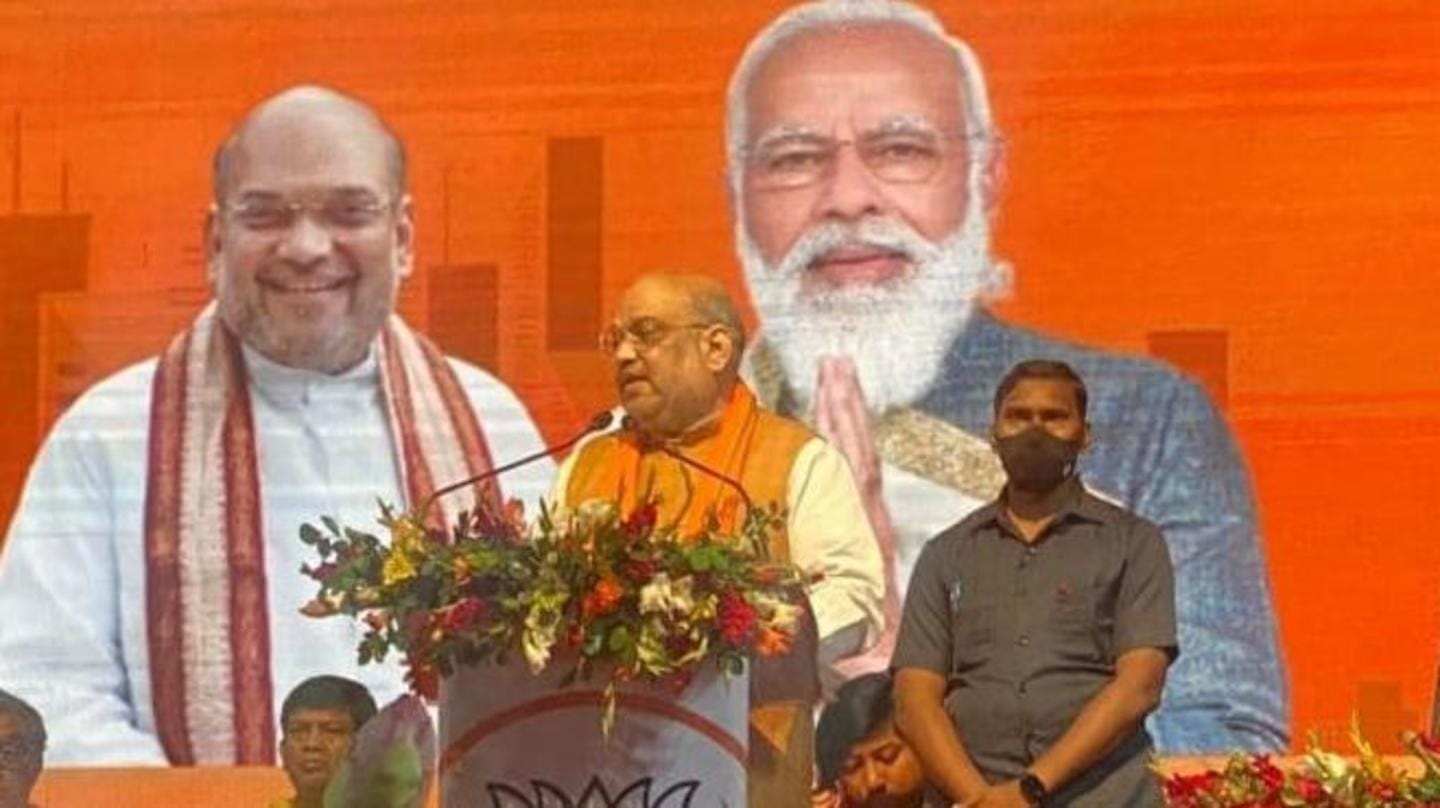 Probe into alleged corruption in Amphan and other calamities.

Rs. 25 lakh for each family that has lost a member to political violence.

No more charge of Rs. 100-500 for SC/ST caste certificates in Bengal; process to be digitized.

Here are some other highlights: 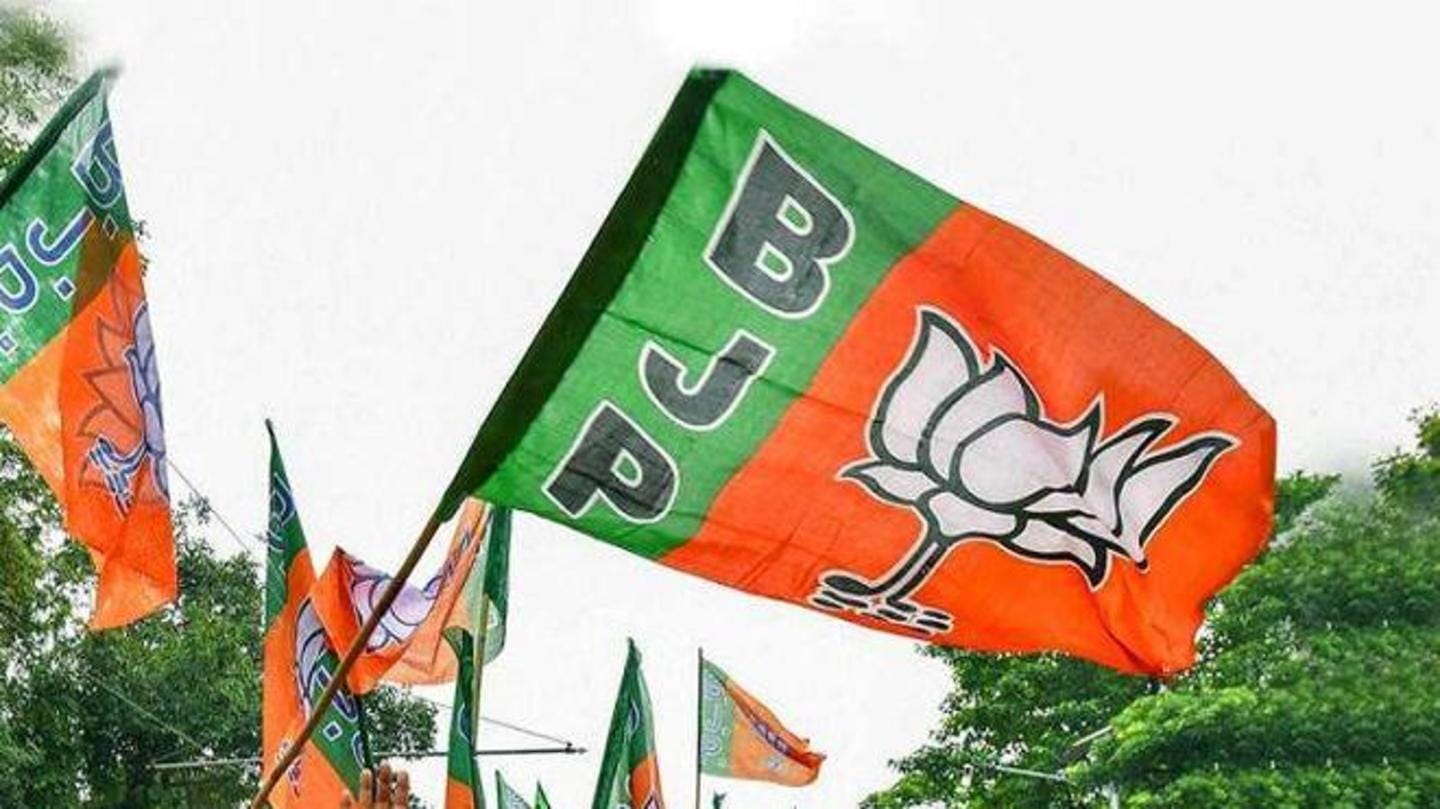 The development of Bagdogra International Airport.

Proposal for Netaji Expressway between Kolkata and Siliguri.

Up to Rs. 50 lakh loan for hospital sector (interest-free for 3 years)