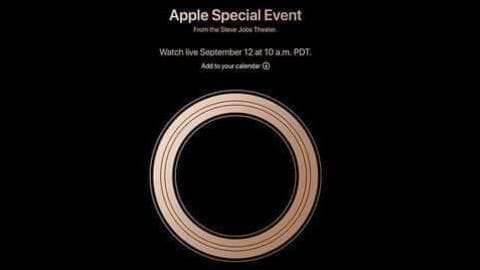 The annual Apple launch event has started with Tim Cook's signature keynote. Several devices, including a new iPhone are expected to be launched, and many have waited with bated breath for this event. Opening this year's product launch is the already-anticipated, and much-awaited Apple Watch Series 4, and it's been a memorable opening to the event. Here's all about it.

The Apple Watch Series 4 is a beast. Sporting a 30% larger screen, twice the performance, and an 18 hour battery life in an elegant, slim design, the Series 4 is the world's first over-the-counter, FDA cleared ECG device. But, more on that later. The watch, which runs on WatchOS 5, comes with the new S4 dual core processor and a new GPU.

The Apple Watch is available for $399, and the cellular version of the same will cost $499. The watch will be available in Silver, Gold, Space Grey colors, however, it won't be immediately available in India. In comparison, the Series 3 cost $279.

The device has a new UI, and dynamic, and customizable watch faces that allow you to add favourite contacts, track live games, etc. With improved health monitoring features, it can inform users of irregular heart rhythms, and low heart rates, and has other great health monitoring features. Additionally, the watch detects falls and reaches out to emergency services if users don't respond soon.

Approved for medical use by the FDA, the ECG figure is indeed an innovation in wearable health tech. The first such device in the world, the Apple Watch Series 4 allows users to generate an ECG report just by putting their thumb on the digital crown. It takes 30 seconds for the same, and data is encrypted and stored in the Apple Health app.

HomePod
Apple's HomePod speakers will get an update soon

The Apple Watch Series 4 and the new iPhones apart, 2018's Apple event was rather boring. However, Apple's HomePod will receive an update on September 17, that will see it get the ability to set multiple timers, make and receive calls, and search for your Apple devices. HomePod speakers, aided by Siri, will also be able to search songs by their lyrics.

These apart, an update to Apple's macOS Mojave was also announced. The update, out on September 24th, will offer users a dark mode, and will bring more iOS apps to the desktop. The Mac App Store is also set to get a revamp in the update. Additionally, the update will offer users more options for organizing files, and will have added security features.