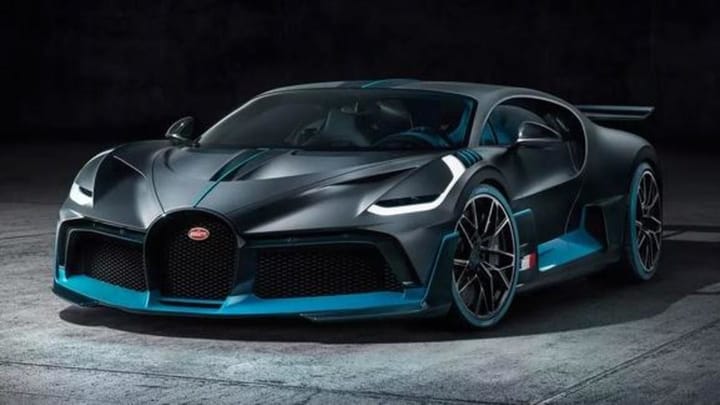 On Friday, in front of the super sophisticated audience of the elite Pebble Beach Concours d'Elegance auto show in California, hypercar-maker Bugatti unveiled its latest monster - the Bugatti Divo. Named after French racing driver Albert Divo, the wicked looking Bugatti Divo is a marked improvement over the Bugatti Chiron, and costs a whopping €5mn (Rs. 40cr). Here's a sneak peek of the monster.

The Divo outdoes the Chiron in almost every parameter

Although the Divo is powered by the Chiron's 1,479bhp engine, the car has outdone Chiron in almost every parameter. Thanks to Bugatti's brilliant engineers, the Divo weights 35kg less than the Chiron, generates 90kg more downforce than it, and has a lap time a full eight seconds faster than the Chiron on Italy's Nardo racing circuit.

The Divo's lap time is a testament to its handling

The Bugatti Divo has a top speed of 236mph, as opposed to the Chiron's top speed of 261mph. Yet, its eight second faster lap time on the Nardo circuit says a lot about handling improvements brought to the Divo by Bugatti.

In terms of design, we're inclined to agree with WIRED that the Divo looks like an "angry shark". The Divo comes with Bugatti's signature horseshoe front grill, a center line that runs through the hood and the roof, and scoop-shaped lines on the doors. With sharp angles, gaping inlets, and matte grey bodywork coupled with the Divo Racing Blue shade, the car looks stunning.

All 40 units of the Bugatti Divo have been booked

The Bugatti Divo, as mentioned earlier, costs a whopping €5mn, almost double of what the Bugatti Chiron costs. However, in case you have the cash and are willing to spend it on this insane hypercar, there's bad news for you. Bugatti is making only 40 units of the Divo, and all of them have already been booked.