Ahead of the October 9 launch, Google has activated a teaser page for the upcoming Pixel 3 phones on its online store. The official listing mentions "3" - similar to the official media invites sent out by the tech giant earlier this month. And thanks to previous leaks, we know what to expect from the upcoming Google Pixel 3 smartphones. Here's a leak peek.

Here's what the Google Store teaser tells us

Google's teaser page prompts you to sign up to "Get the scoop" and after registering, the page says "Stay tuned! Looks like you've already enrolled for updates from the Google Store. Be on the lookout for some news from us on Oct. 9." This suggests Google may perhaps notify you with details about the launch and availability of Pixel 3 phones on October 9.

Meanwhile, Glass backs and notched displays are on the cards Seems like Google is going for dual front cameras 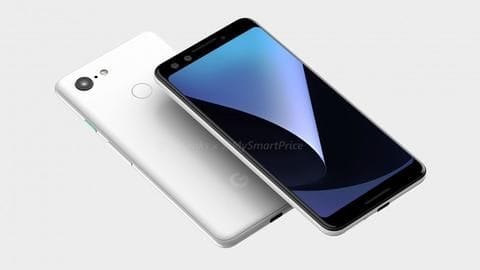 Both the phones, according to the renders, seem to spot a single camera module at the back, indicating that Google has decided to not go with the trends of dual and triple rear cameras. Interestingly, the renders show dual front cameras, which echo an earlier report by Bloomberg. However, it's unclear as to whether both are cameras or one is an ambient light sensor.

Well, what about the specs of the phones?

As for the specifications of the Pixel 3 devices, nothing concrete is known. However, it's expected that both the phones will come with Qualcomm Snapdragon 845 processors under the hood, and will sport at least 6GB of RAM.