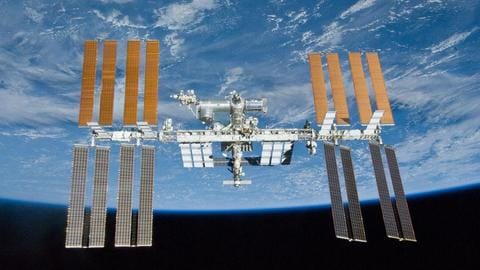 Have you ever wondered how astronauts in the International Space Station (ISS) dump their trash? As you can imagine, it is tough, but not anymore. The ISS ejected around 78kg (172 pounds) of garbage in a specialized trash bag from its commercial Bishop Airlock on July 2. The airlock system was created and operated by Nanoracks, a private in-space services company.

Context
Why does this story matter?
Old method
How did astronauts in ISS disposed their trash till now?

ISS astronauts collect and place their trash in their orbiting homes. The trash is then piled into a cargo ship that arrives to collect them. It is then released from the space station. After entering Earth's orbit, the cargo vehicle burns up in the atmosphere. On rare occasions, astronauts also hand-dispose small items during spacewalks.

The ISS used the airlock trash bag system for the first time. The space station used Bishop Airlock, the world's first commercial airlock for jettisoning the trash. The bag contained used foam, cargo transfer bags, officer supplies, crew hygiene products, and crew clothing. With the specially designed waste container, the crew can easily dispose of up to 272kg of trash.

Although ISS used an airlock trash system for the first time, this method is not new to spaceflight. Soviet Salyut space stations in the 1970s and 1980s used to jettison trash bags regularly. The last time it happened was in 1996.

About the successful use of Bishop Airlock, Program Manager Cooper Read said, "As we move into a time with more people living and working in space, this is a critical function just like it is for everyone at home." Nanoracks said that the technology "demonstrates a more effective and sustainable strategy for reducing garbage aboard the ISS."