Lenovo Z5 Pro with sliding-camera to launch on November 1

Lenovo has confirmed that it will launch its latest flagship, the Lenovo Z5 Pro, on November 1 in China. So far, several leaks and official teasers have confirmed an all-screen bezel-less design and a manual sliding camera on the upcoming flagship - similar to what we have seen on the newly launched Xiaomi Mi Mix 3. Here's everything we know about Lenovo Z5 Pro.

Quote
Z5 Pro to be cheaper than Xiaomi or Honor devices

Lenovo group Vice President Chang Cheng has said the Z5 Pro "is much improved and every tinier detail is now polished." Further, fairly recently, Cheng noted that the upcoming flagship would be "priced lower than the Xiaomi or Honor devices."

As per previous teasers and leaks, the Lenovo Z5 Pro will feature a notch-free all-screen design. Notably, Lenovo VP Cheng has touted a near-100% screen-to-body ratio, but it seems like a stretch considering the slim bottom bezel on the phone. Further, the Z5 Pro will have a Mi Mix 3-like sliding camera and is said to feature an in-display fingerprint sensor. 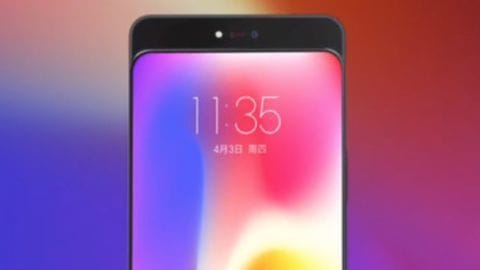 While we don't have details about Z5 Pro's rear camera, a recent hands-on video of the phone has given away details of its front camera. Lenovo has opted for a sliding front camera which will operate manually - much like Mi Mix 3's camera. Further, as seen in the hands-on video, the front camera appears to be a dual-lens setup with selfie flash module.

While much isn't known about Z5 Pro's specs, we expect the phone to pack top-end internals. As a flagship smartphone with the latest design and innovation, the Lenovo Z5 should be powered by a Qualcomm Snapdragon 845 processor. Further, looking at present-day high-end smartphones, the upcoming Lenovo flagship should come with up to 8GB RAM and up to 256GB of internal storage.