What was once considered heresy and "debunked" mercilessly returns with a vengeance. After shocking admission by Dr. Anthony Fauci that COVID-19 could have originated from Chinese virology labs in Wuhan, Facebook says that it won't censor discussions on the SARS-CoV-2 virus being man-made. The social media giant claimed the policy change was made "in consultation with public health experts," in a statement to Politico.

Strangely, after slamming former President Donald Trump for "China virus" remarks, the media and current US administration seem to have reversed their stance on the subject. US President Joe Biden released a statement claiming that the intelligence community is now exploring the lab-leak hypothesis. This is a fundamental shift in the position held by the Biden administration and his Chief Medical Advisor Fauci. 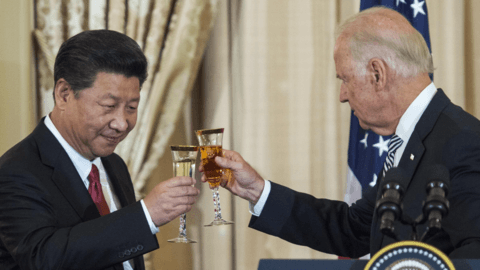 The major turning point for Dr. Fauci's lab-leak flip-flop can be traced back to his heated exchange with physician and Republican Senator Rand Paul. Dr. Fauci was quizzed on the lab-leak theory, while Paul also presented damning evidence showing how Dr. Fauci had funded gain of function research at the same Wuhan virology lab.

Bioengineered viruses
What's gain of function research and why is it dangerous?

Gain of function research deals with juicing up viruses to infect humans. It is done to study the virus but is considered dangerous and has long been a cause for concern. More recently, celebrated science editor Nicholas Wade wrote an explosive piece exploring the lab-leak theory in detail, while underscoring the acute conflict of interest surrounding the World Health Organization's investigation into the matter.

Wade's work isn't the only such instance. A contentious research paper authored by a group of Indian scientists in the beginning of 2020 found four unique inserts in the SARS-CoV-2 virus that were similar to the structural proteins of the HIV virus. The paper argued that such a mutation was "unlikely to be fortuitous in nature," thereby suggesting the lab-designed nature of the virus.

Although science publications and researchers have been vehemently dismissing lab-leak theories, it is important to note that China has been infiltrating Western Universities by means of the Confucius Institute program, which also led to the arrest of a Harvard professor last year. Some researchers have been caught receiving Chinese grants, so there is a reason behind their lack of interest in the lab-leak theory.

The scientific community's condemnation of the lab-leak angle belies the evidence already floating around in the public domain. For starters, there's a scientific paper from 2010 corroborating the Indian scientists' findings. The paper authored by Dr. Shi Zhengli, the infamous "bat woman" from the Institute of Virology in Wuhan, proudly proclaims how they successfully combined HIV with SARS viruses at the lab.

Interestingly, the same virology lab is barely eight miles from the Hunan Seafood Market, which was purported as the source of the outbreak by the Chinese government. The ironically named Wuhan Center for Disease Control and Prevention, is another lab where bats and humans have interacted. This one, tellingly, is barely 300 yards from the same wet market.

Dr. Fauci has been known to flip-flop around major issues surrounding the pandemic, but his latest reversal was prompted by the growing public scrutiny of the lab-leak hypothesis owing to mounting evidence. This has put the Big Tech and mainstream media fact checkers in an embarrassing position of retracting several fact-checks debunking the theory and mass censorship already exercised across social media platforms.