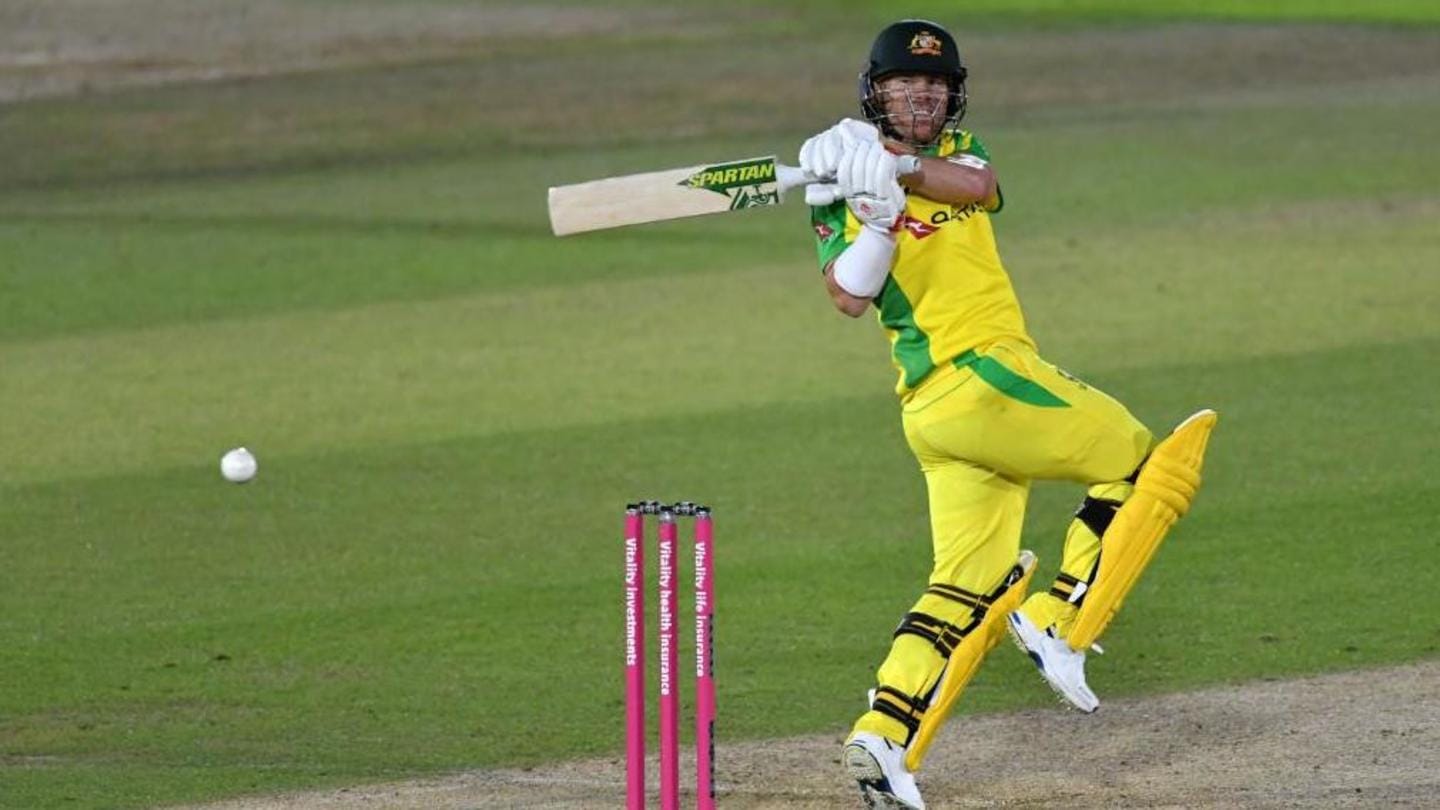 The COVID-19 break seems to have taken no toll on Australian opener David Warner. Instead, the southpaw came back even stronger in first T20I against England, also Australia's maiden international assignment since the outbreak stalled the sport. Although the Aussies eventually lost the final-ball thriller by two runs, his 47-ball 58 grabbed the attention. Let's have a look at Warner's T20I numbers since 2019.

How did Warner fare in the match? Hosts England gave Australia a target of 163 with vital contributions from Jos Buttler and David Malan at the top. As the tourists began their run-chase, both Warner and Finch came down hard on the England bowlers from ball one. Notably, Warner dealt the searing bouncers of Jofra Archer with ease. He returned with a well-compiled 58 at a strike-rate of 123.40.

A fruitful year for David Warner in T20Is The Australian batsman has been in sublime form since his return to international cricket following the ball-tampering ban. Barring a forgettable Ashes series, Warner has duly dominated the runs tally. He has amassed 473 runs since October 2019 at a mind-boggling average of 118.25. The formidable tally also includes an unbeaten hundred and 5 fifties. Notably, he registered six unbeaten scores during this period.

Warner broke plethora of records in the three-match series against Sri Lanka, having finished as the leading run-scorer by miles. He racked up 217 runs in three matches wherein he remained unbeaten, most by any player in a T20I tournament/series without getting dismissed. He also registered most number of runs by an Australian batsman in a T20I series, surpassing Glenn Maxwell's record (211). During the Sri Lanka series, Warner also completed 9,000 runs in T20 cricket, the first ever Australian to do so. Warner is presently the fifth-highest run-scorer in the format with 9,276 runs at 38.01. Earlier that year, he bagged the Orange Cap in the Indian Premier League for finishing as the leading run-getter. He smashed 692 runs from 12 matches at 69.20.