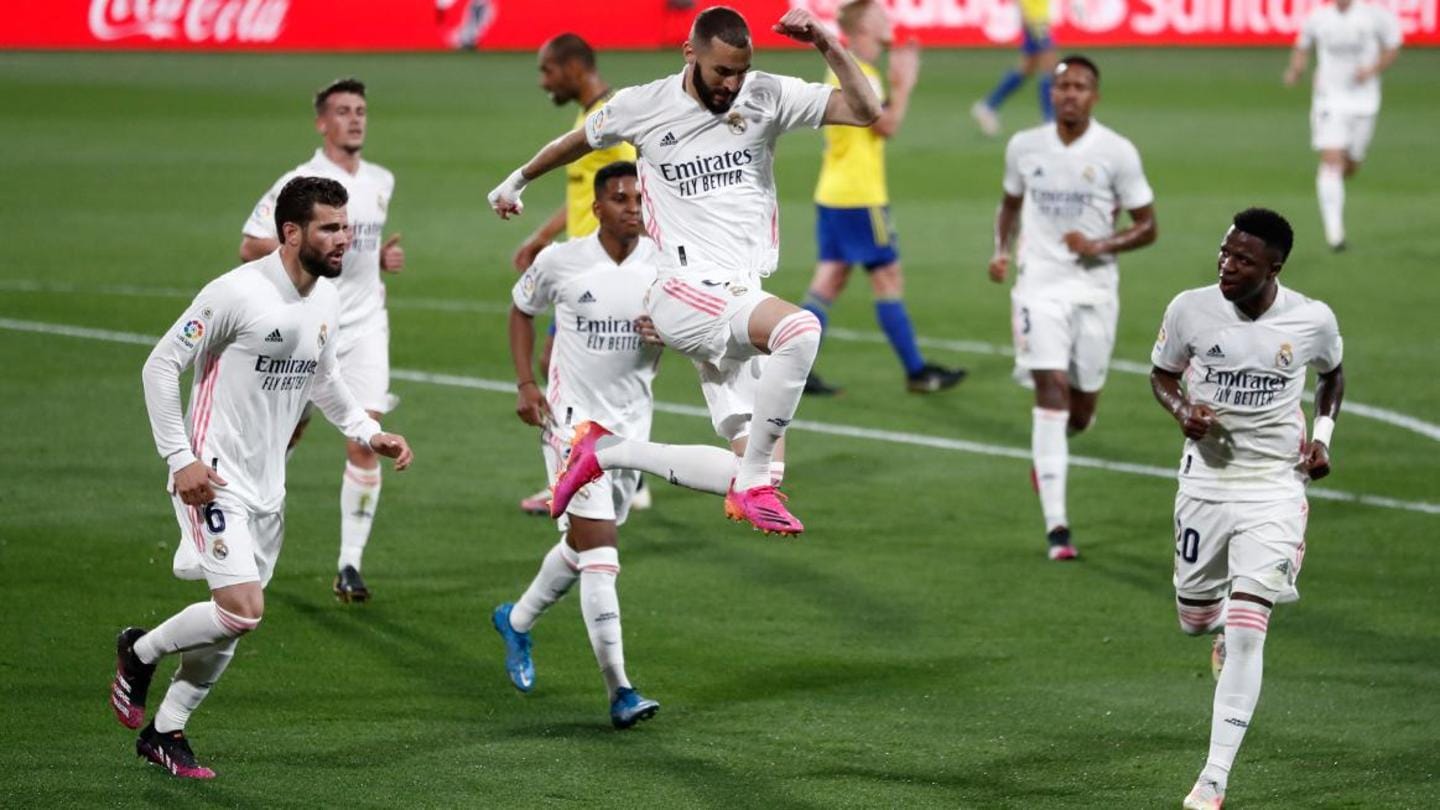 Real Madrid have gone level on points with Atletico Madrid atop of La Liga. Los Blancos, who have played a game more than Atletico, are on 70 points. They won 3-0 against Cadiz as Karim Benzema scored a sublime brace. Benzema has been in tremendous form of late and he scripted history for Real after getting on the scoresheet. Here we decode his stats.

In this article
Benzema 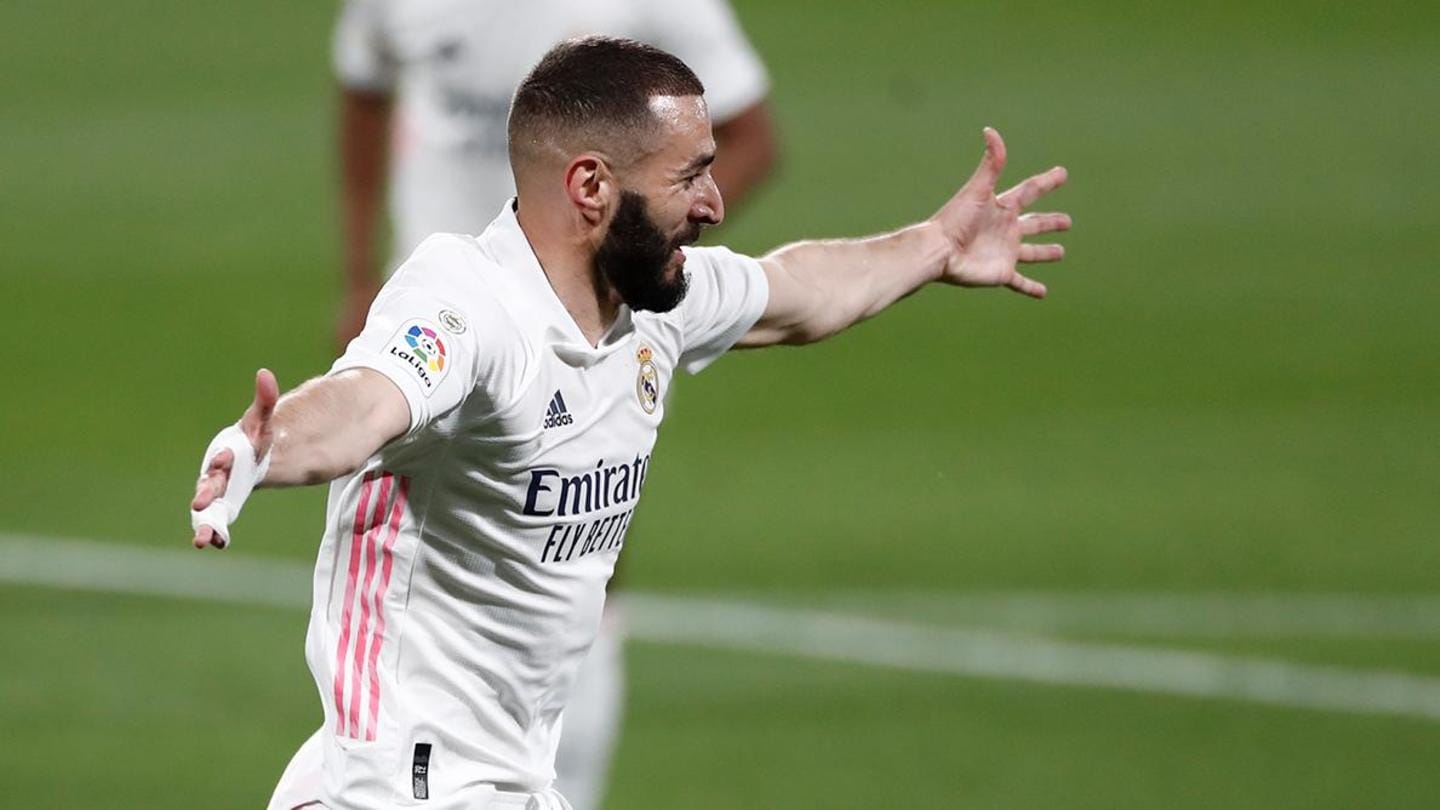 The veteran French striker slotted in his penalty in the 30th minute after VAR was used to rule Isaac Carcelen's trip on Vinicius Junior. The star forward then swung over a perfect cross for Alvaro Odriozola to head the second three minutes later. Benzema nodded in the third himself from Casemiro's cross. Notably, all three goals came in the space of 10 minutes.

Benzema has 28 goal involvements in La Liga this season 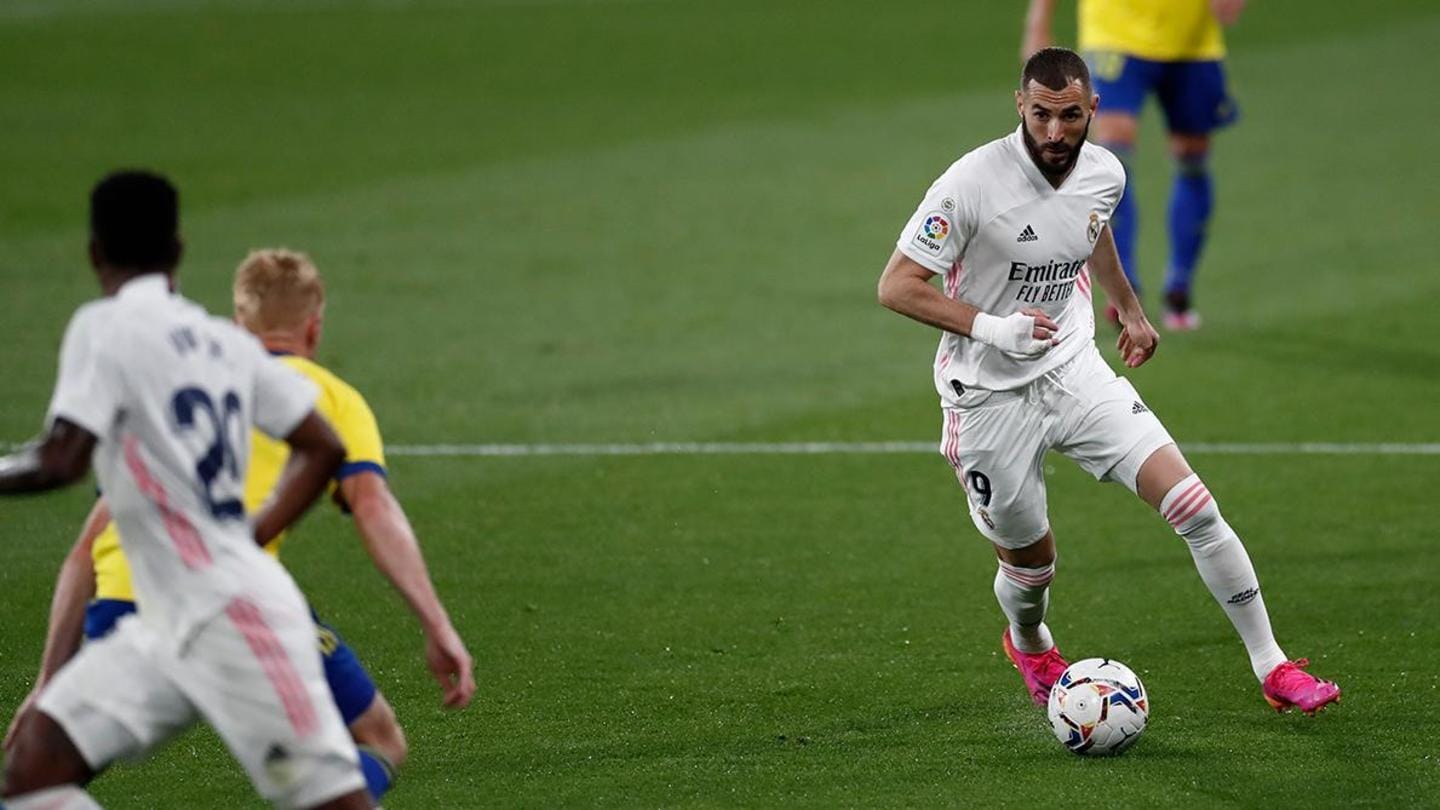 Benzema has scored 21 league goals in 2020-21 and is the second-highest scorer after Barcelona's Lionel Messi (23). He has seven assists under his belt. With 28 goal involvements, Benzema has the second-best record this season after Messi (G23 A8). Benzema has 28 goals in 37 games in all competitions this season. For the third successive season he has netted 27 or more goals.

With his goals against Cadiz, Benzema has scripted history by scoring against all the 35 teams he has faced in his La Liga career. He has equaled the tally of former Real legend Raul. 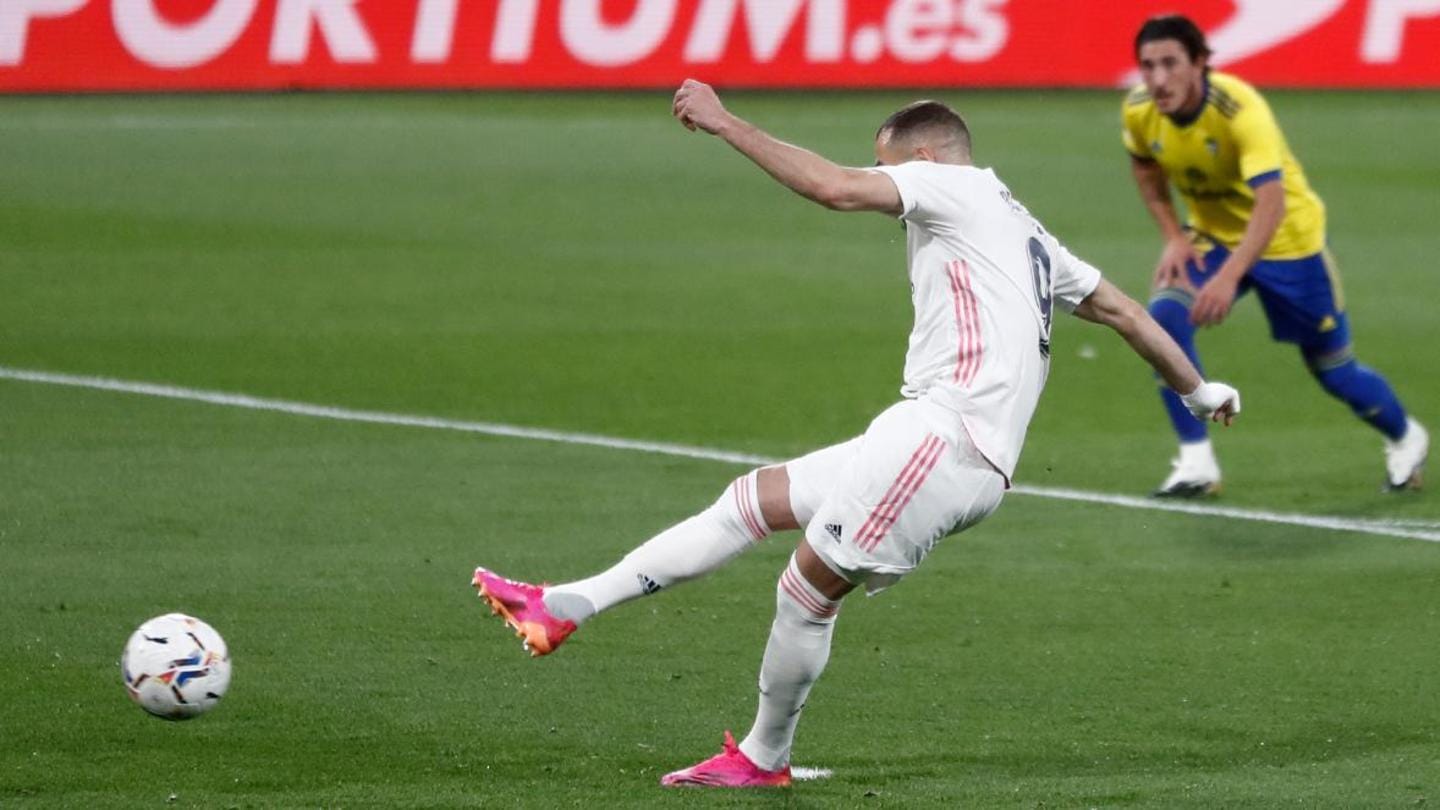 In 551 matches for Los Blancos, Benzema has now raced to 276 goals. He is just the third player to score 275-plus goals for Real in all competitions after Cristiano Ronaldo (450) and Raul (324). He also has 190 goals in La Liga. The former Lyon striker has become the 11th player to net 190 or more goals in La Liga. 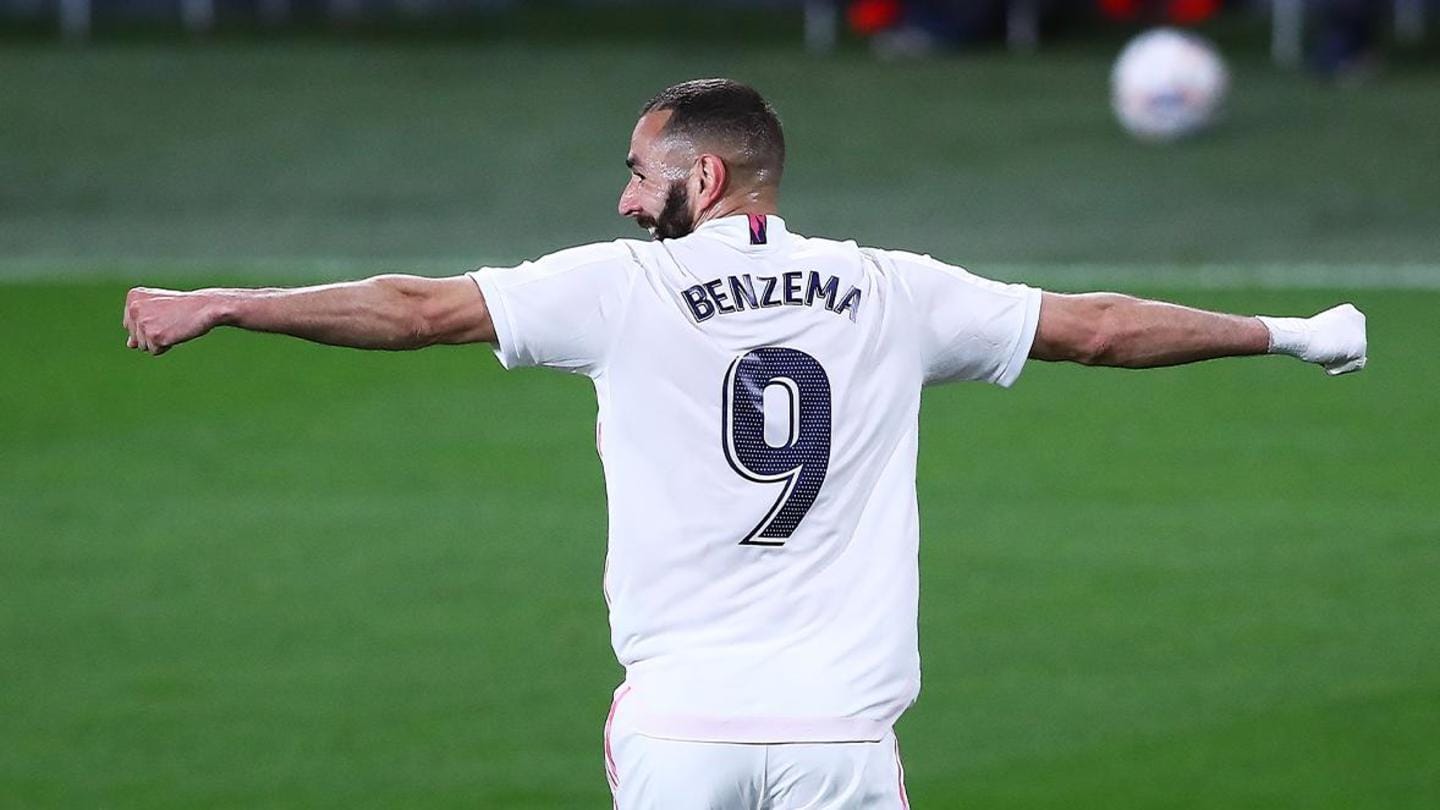 Alongside Cristiano Ronaldo (nine seasons) and Ronaldo Nazario (three), Benzema is one of the three Real Madrid players to score 20-plus La Liga goals in three consecutive seasons in the 21st century (21 goals in 2020-21). Benzema now has 88 assists in La Liga. He has now registered the most assists for Real in the competition in the 21st century, going past Ronaldo (87).