#UCLDraw: Manchester City could face Juventus or Lyon in quarters 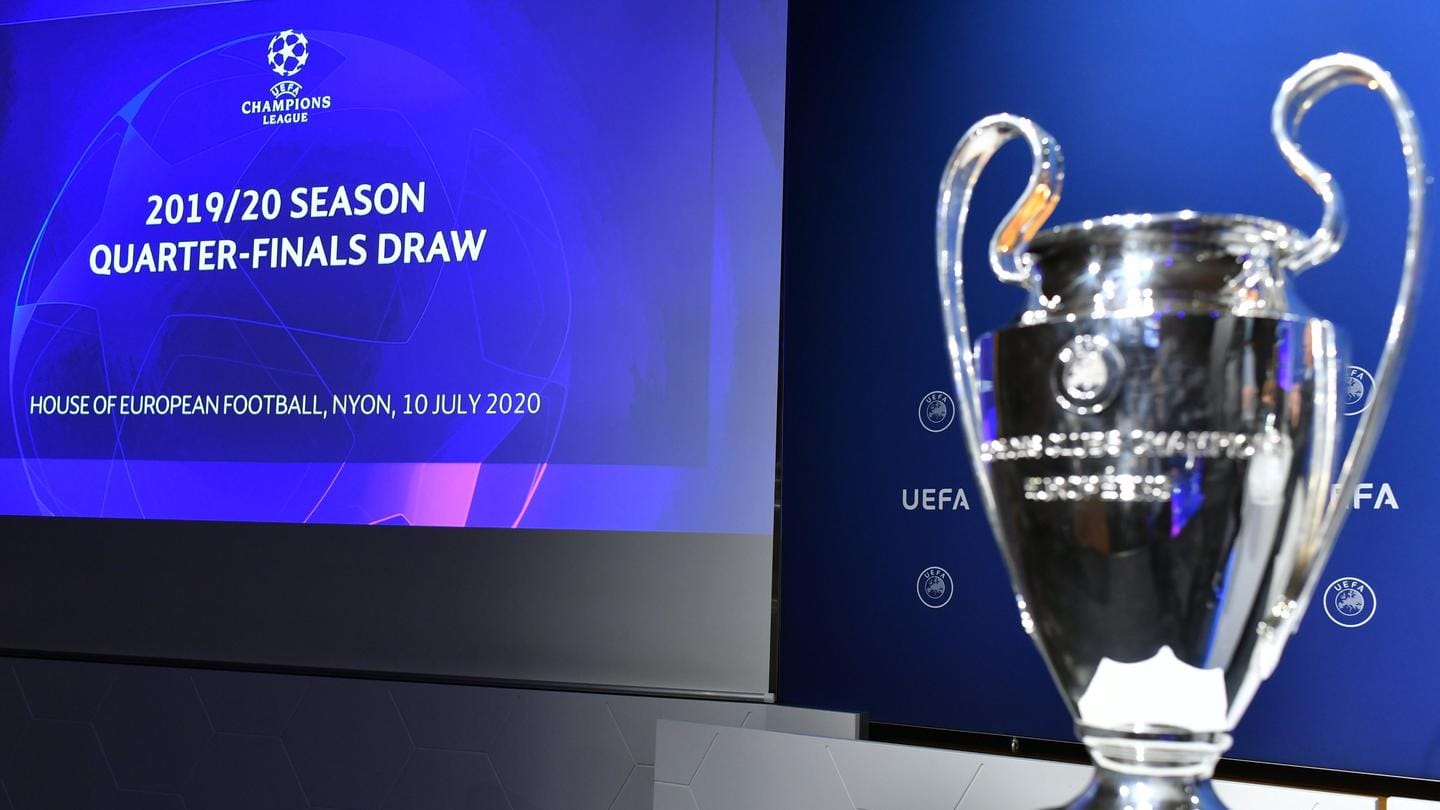 Manchester City could face Juventus or Lyon in the quarter-finals of the UEFA Champions League 2019-20 season.

City have a 2-1 lead after the first leg of their last-16 tie against Real Madrid, which was played before the tournament was suspended due to coronavirus pandemic.

Meanwhile, favorites Bayern Munich could face Barcelona or Napoli in the next round.

In this article
Teams

The situation of teams in the knockout phase 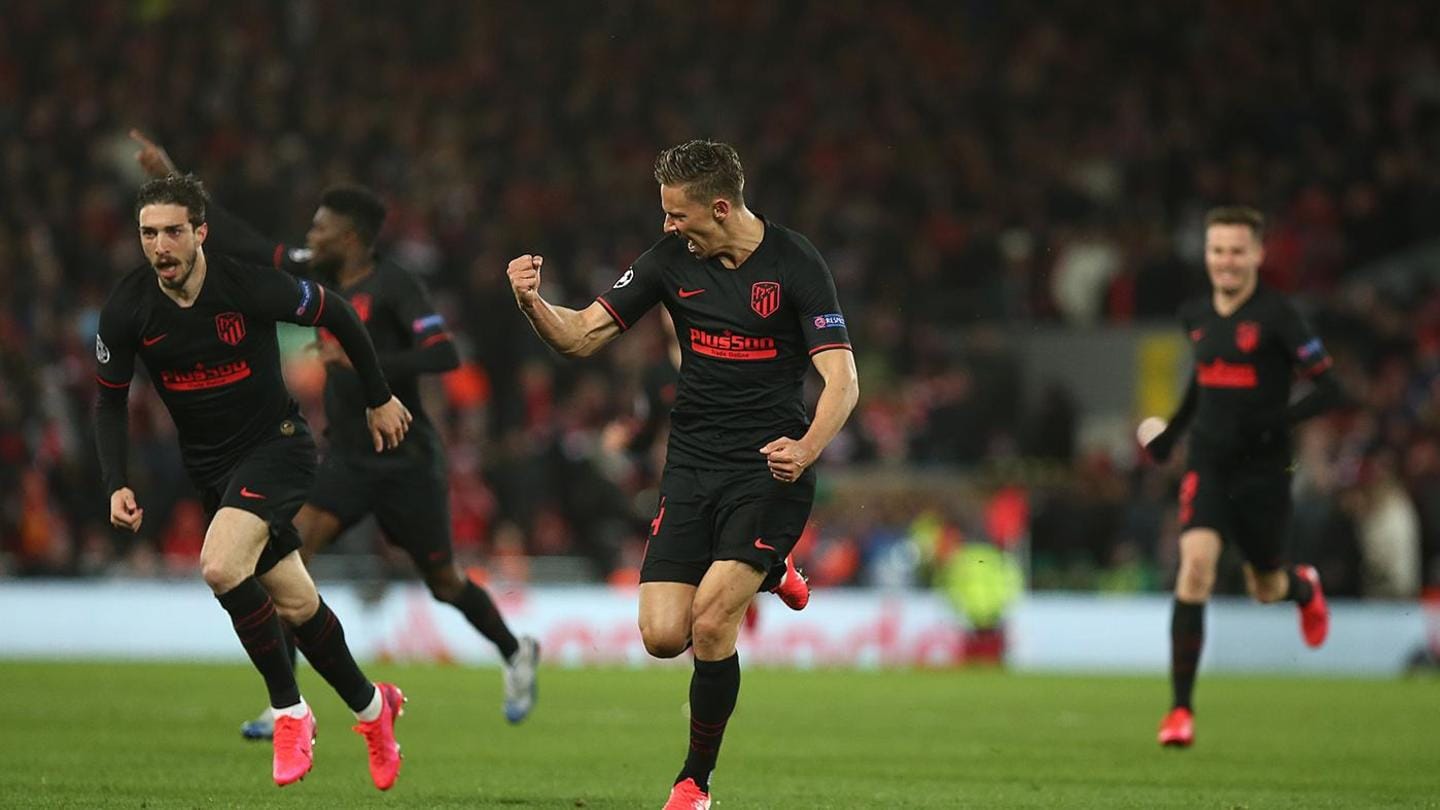 The likes of Atletico Madrid, RB Leipzig, Paris Saint-Germain and Atalanta have all qualified for the quarter-finals in this year's competition.

However, there are four ties with a last 16 second-leg match still to be played.

Manchester City lead Real Madrid 2-1, whereas, Bayern Munich have a 3-0 cushion over Chelsea.

Lyon lead Juventus 1-0, whereas, Napoli and Barcelona played out a 1-1 draw.

City and Bayern are the favorites to progress 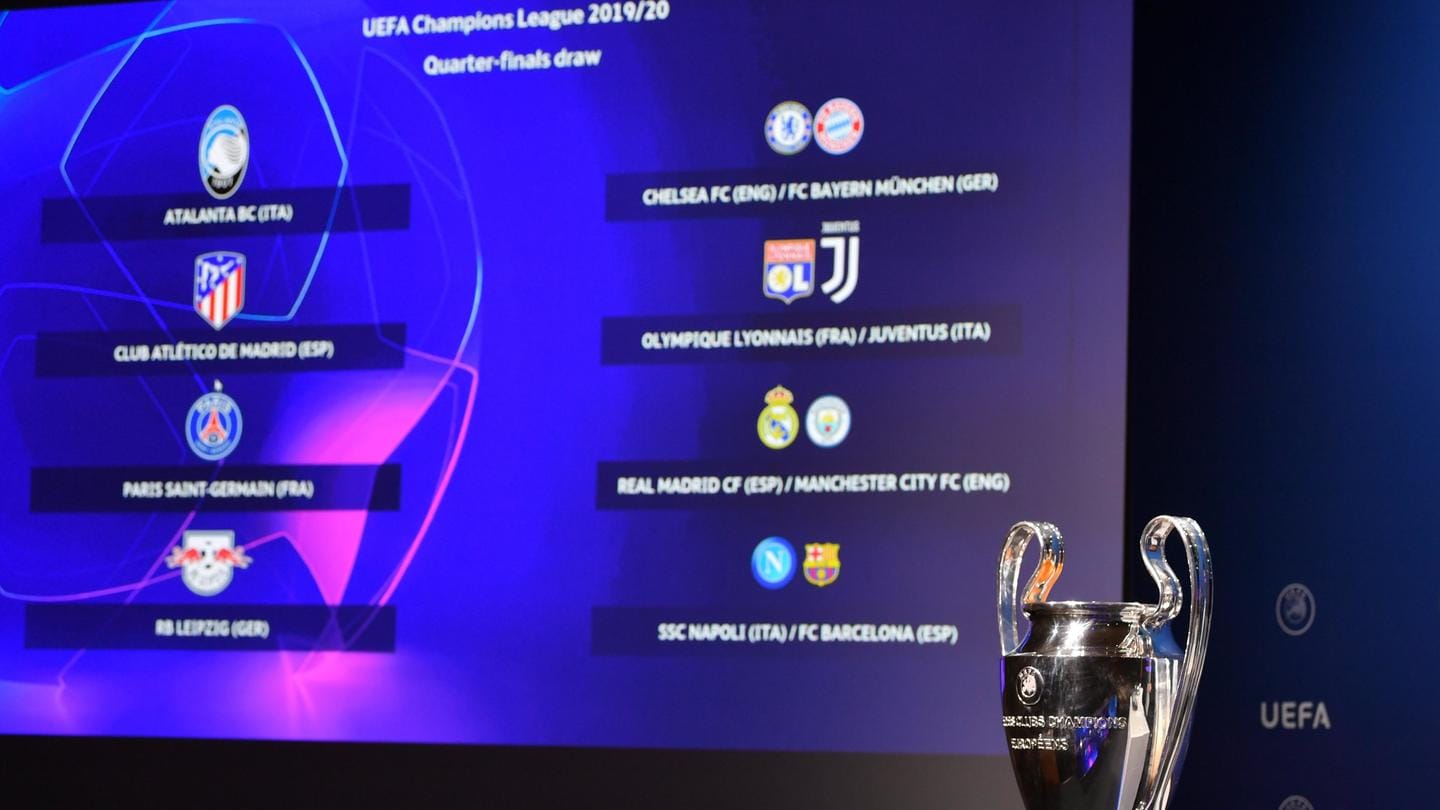 City and Bayern are the favorites to progress after having significant advantage at the moment.

Both clubs have won their first leg encounters away from home and that is a huge bonus.

If these teams manage to beat their next opponents in the quarters, then a semi-final tie between each other will await the duo.

Italian side Atalanta, who have won their past 11 games in all competitions, will face French champions Paris St-Germain.

Notably, PSG haven't played since March 11 after their domestic season was abandoned. 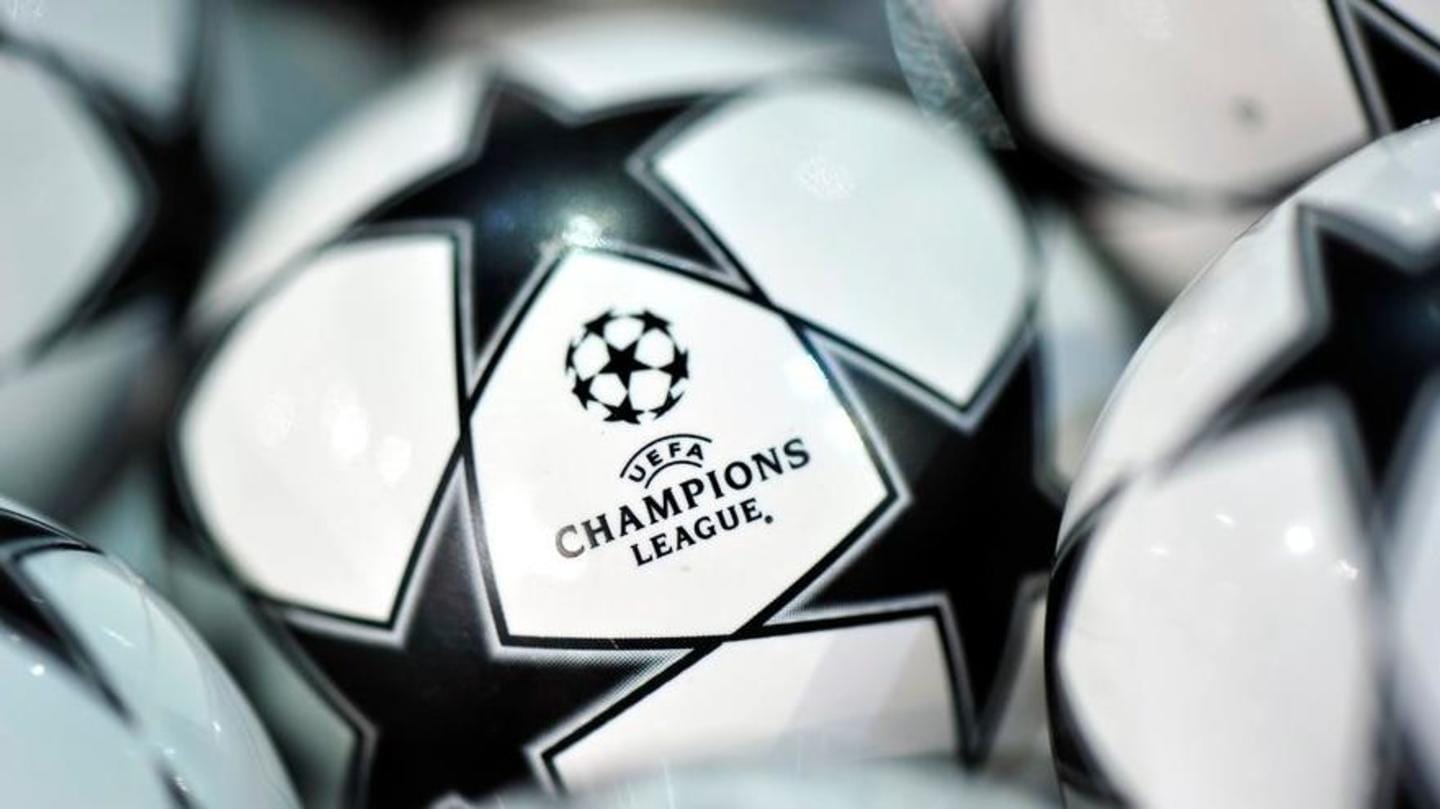 The quarter-finals will take place from August 12-15. Meanwhile, the remaining last-16 fixtures will be held on August 7-8.

Real Madrid or Manchester City vs Lyon or Juventus.

Napoli or Barcelona vs Chelsea or Bayern Munich.

Eight-team knockout tournament to be held in Portugal

The competition will conclude in an eight-team knockout tournament in Portugal from August 12-23.

There will be no two-legged ties in the quarters.

Matches will be held as one-off games at Sporting Lisbon's Estadio Jose Alvalade.

The UEFA has implemented the same five-substitute rule as the Premier League for the remainder of the tournament.

An additional change can be made in extra time.