Afghanistan restrict India to a paltry score of 224/8 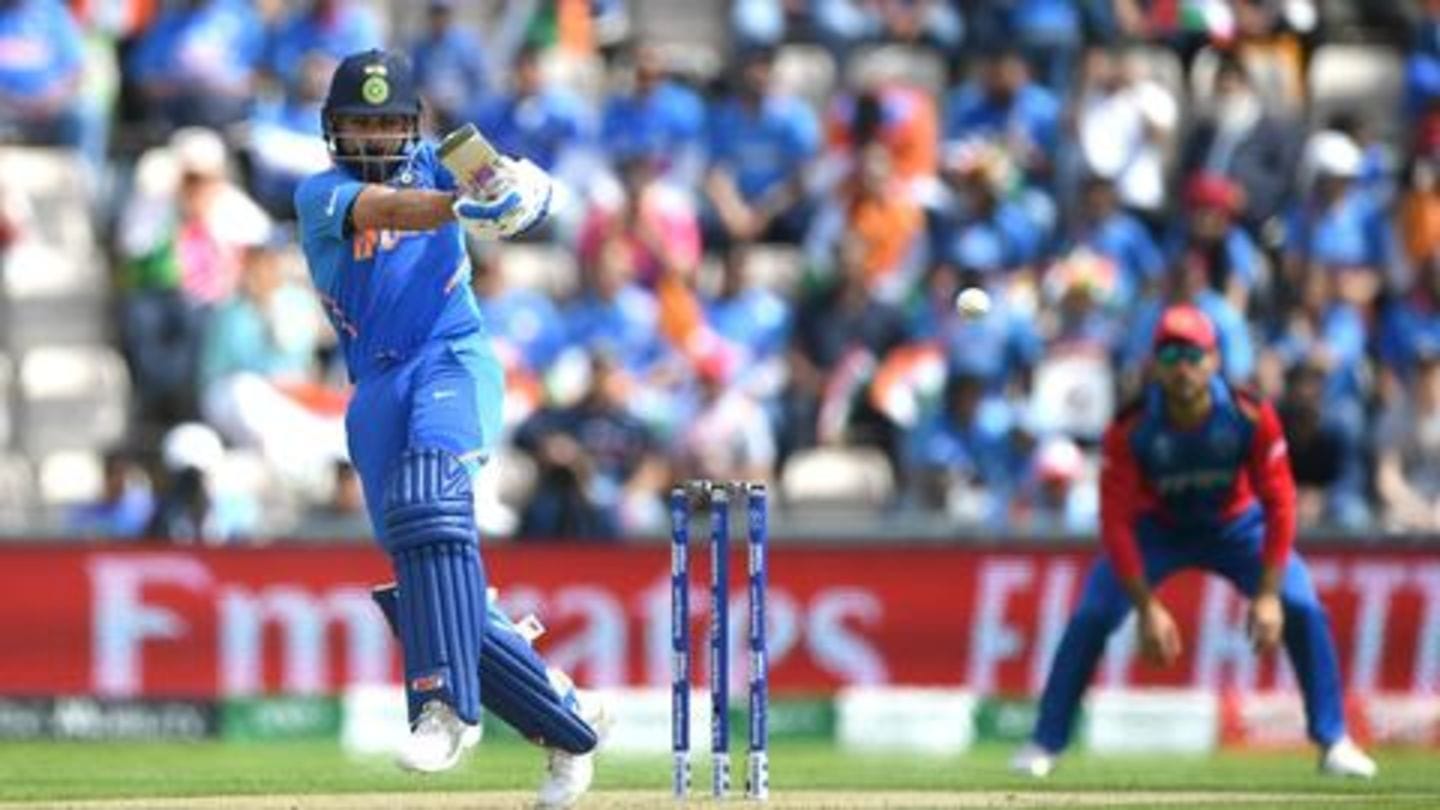 The Afghan spinners dictated the show against India in match number 28 of the ICC World Cup 2019.

Afghanistan restricted India to 224/8 at the Rose Bowl in Southampton on Saturday.

Batting first, India couldn't quite get going on a slow track.

Virat Kohli was the top run-scorer with a knock of 67.

In this article
Partnerships 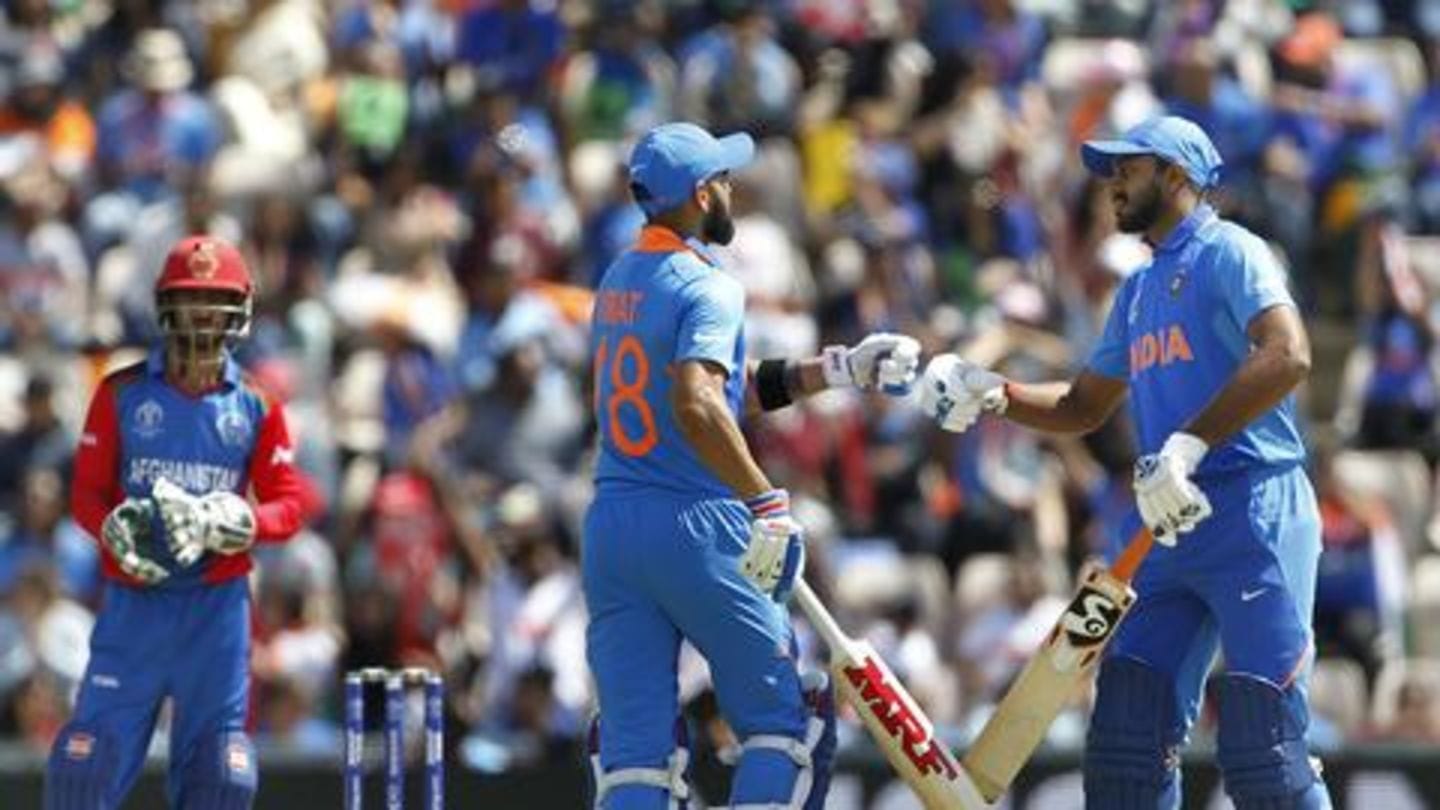 India lost Rohit Sharma (1) early on, before KL Rahul and Virat Kohli added a 57-run stand for the second wicket.

Rahul took his time, but eventually an impatient reverse sweep saw him lose his wicket.

India had to build once again and this time Kohli and Vijay Shankar (29) added 58-run partnership.

But Shankar couldn't build upon his start and got out LBW.

Kohli goes past Azhar with this record 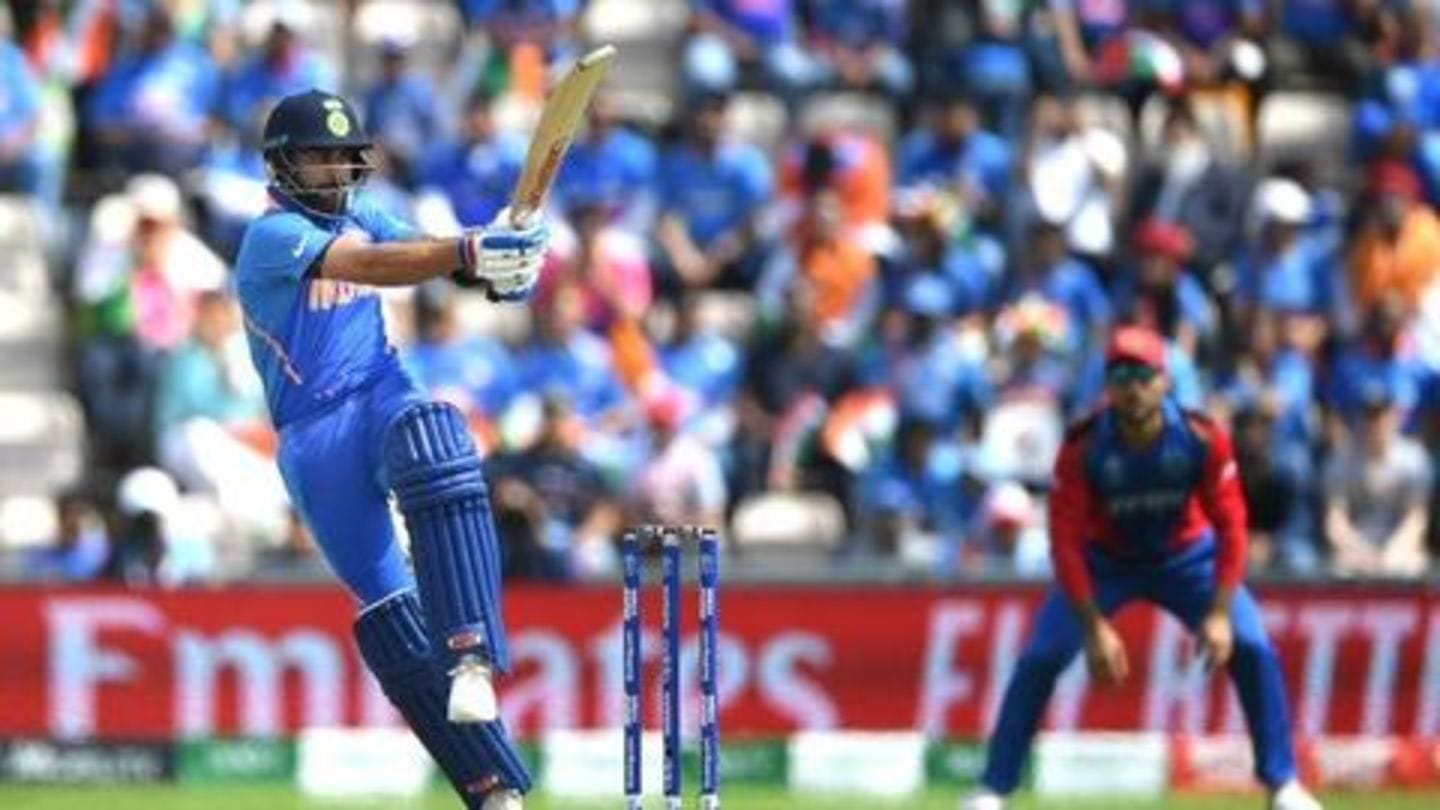 This was his third successive knock of fifty-plus score in the ongoing World Cup.

The Indian captain became only the eighth Indian to surpass the 800-run mark in World Cup.

He also went past Mohammad Azharuddin (826) in this process.

Kohli became the fourth batsman to get past 800 runs in ODIs this year (855).

Kohli does well as other batsmen struggle at Rose Bowl

Kohli was the only player that looked in sync today. He struck five fours at a strike-rate of 106.35. The rest of the Indian batsmen struggled against the Afghanistan spinners. The pitch slowed down as the game progressed. 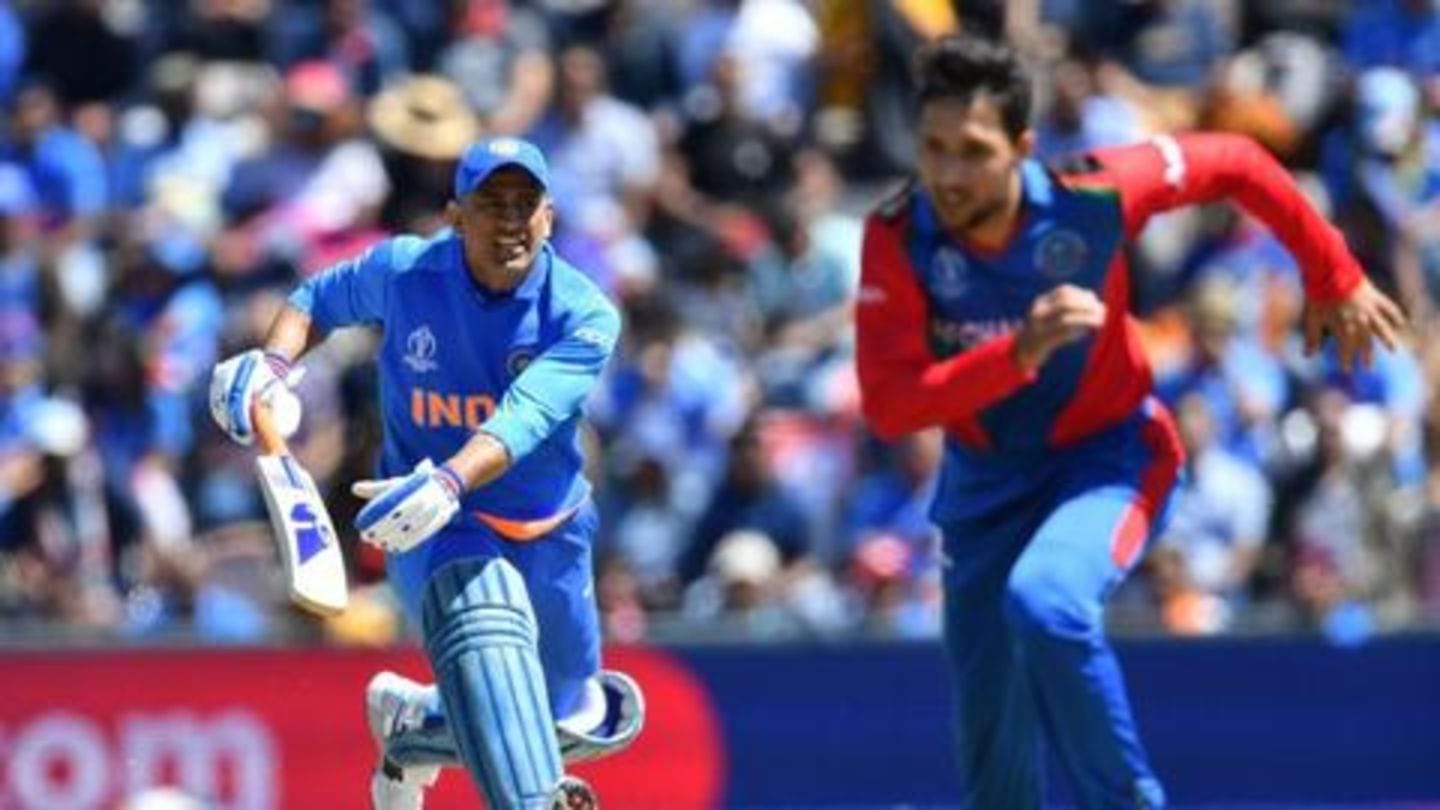 From there on both MS Dhoni and Kedar Jadhav struggled to counter the spin on offer.

They added a 57-run stand, with some impetus coming against pace.

Dhoni got out while trying to charge down at Rashid Khan.

Jadhav got to a fifty. 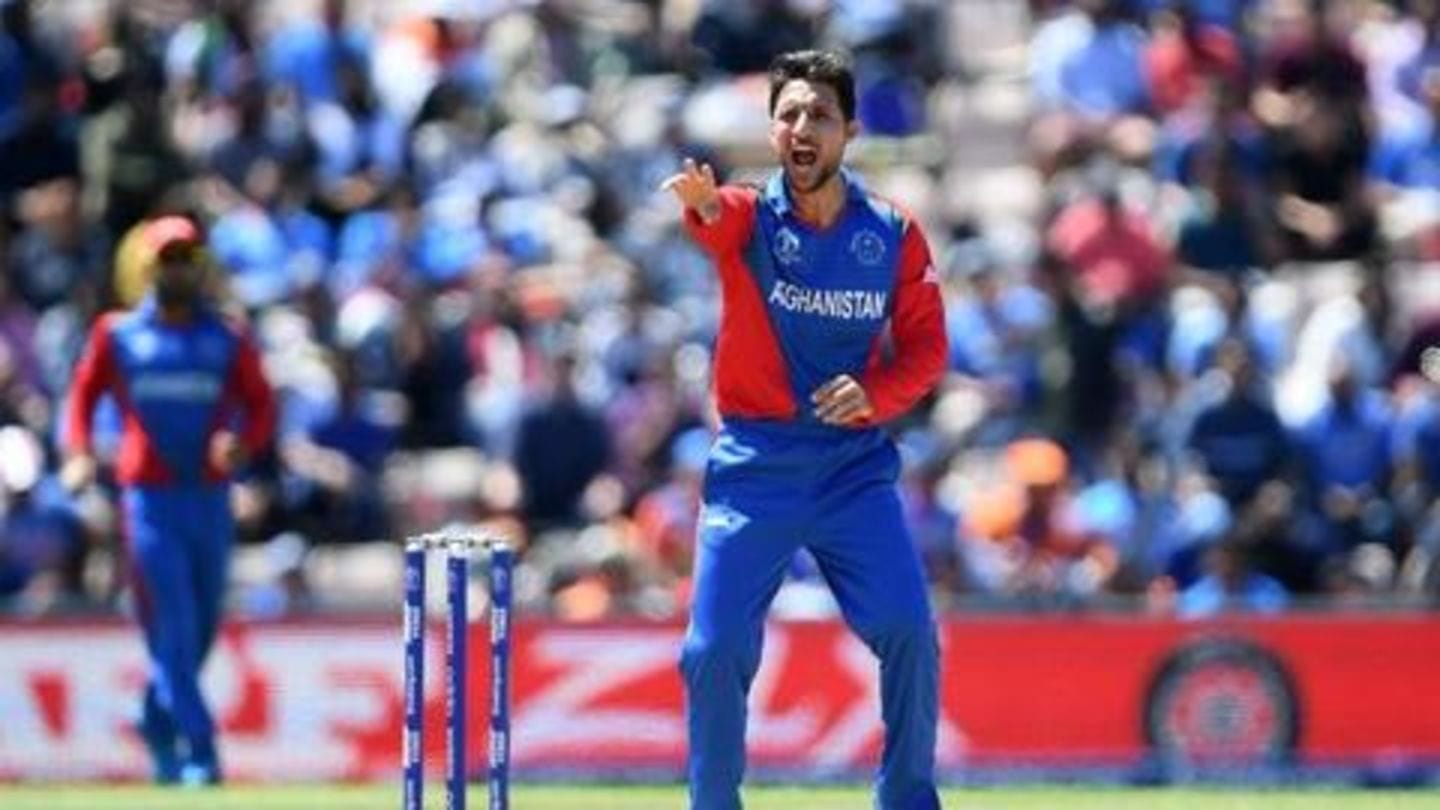 Mujeeb Ur Rahman did well with the new ball and dismissed Rohit.

He gave away just 26 in his quota.

Every other Afghan spinner kept the lid tight as well.

Mohammad Nabi, Rashid Khan and Rahmat Shah picked up four wickets between them.

Pacer Aftab Alam got the important wicket of Hardik Pandya.