Royal Challengers Bangalore take on Kolkata Knight Riders in the first game of doubleheader today. Virat Kohli has won the toss and elected to bat at the MA Chidambaram Stadium in Chennai. The RCB remain the only unbeaten side in the tournament this season, while KKR would aim to bounce back from a painful loss to Mumbai Indians. Here is more.

As stated, the Chepauk Stadium in Chennai is hosting the match. The teams haven't been able to crack the code while chasing on the sticky surface here. In the previous encounter on this venue, MI once again managed to defend an average total, this time against SRH. The wicket in the RCB-KKR match is likely to remain sluggish throughout the match. 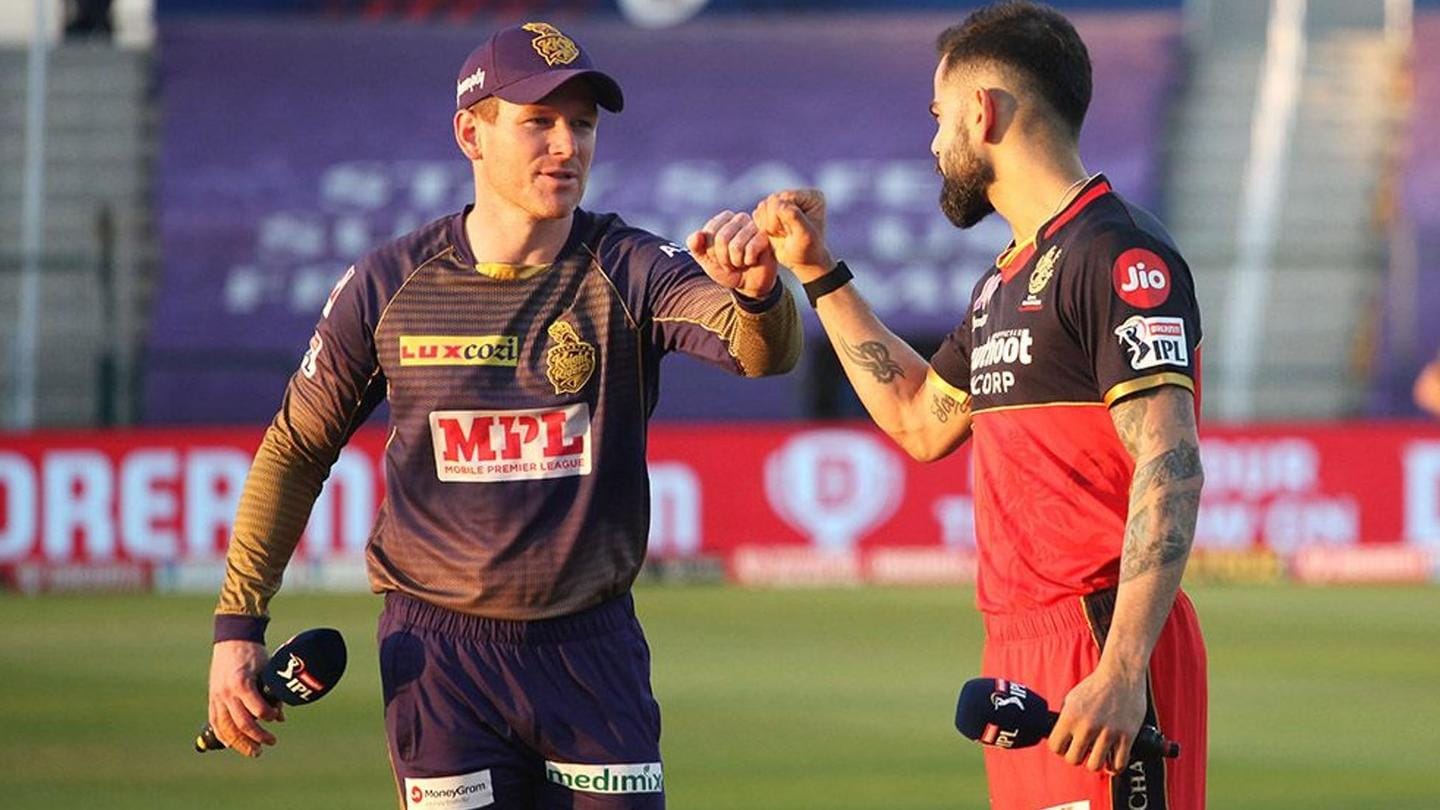 Kolkata Knight Riders have the edge over Royal Challengers in the IPL. The two teams have clashed in 26 games, with Kolkata winning 14 of them. They have a win percentage of 53.85 against RCB. Meanwhile, RCB have managed to win 12 games (win percentage: 46.15). Notably, the RCB won both the games against KKR in 2020.

Kohli is presently the leading run-scorer in the IPL with 5,944 runs at 38.10. He is just 56 away from becoming the first-ever player with 6,000 IPL runs. With one more half-century, Kohli will also become the second Indian to have slammed 40 IPL fifties. Against KKR, he has racked up 725 runs from 26 games at a strike-rate of 130.16.