WWE represents the sport of pro-wrestling, which involves scripted fights and feuds between WWE superstars. While they usually act and perform on-air as per the script, it is to be noted that they are human beings who share a healthy relationship with most of the fellow superstars and colleagues backstage. Here, we present to you instances when superstars broke their character on-air. 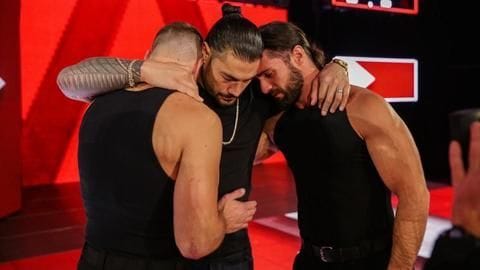 Barely a year back on Raw, Roman Reigns talked in a rather unusual soft tone, as he declared to the world that he was battling Leukemia. Immediately, the WWE Universe submerged in sadness, as Reigns broke his character to relinquish the title. What made it even emotional was that his buddies (Dean Ambrose and Seth Rollins) too couldn't hold their tears as Reigns walked-off. 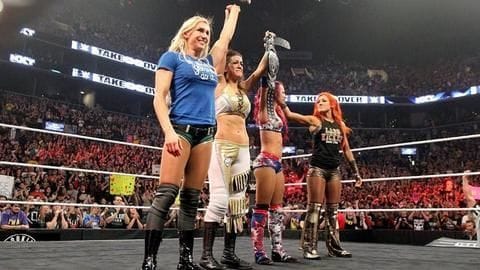 Bayley, Becky Lynch, Charlotte Flair, and Sasha Banks are among the greatest female wrestlers to come up from NXT. Termed as the Four Horsewomen, all these stars have been standout performers. However, 2015 NXT TakeOver: New York saw Banks crying, alongside Becky and Charlotte, as she lost the Women's Championship to Bayley. Even though Banks was a heel, she displayed her true human nature.

End of era
Triple H, Shawn Michaels and The Undertaker end an era 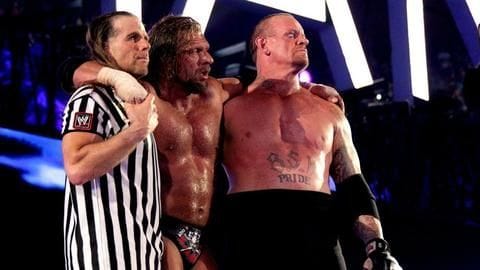 WrestleMania 28 witnessed one of the greatest matches in The Undertaker and Triple H's careers, as both gave everything inside Hell in a Cell. While Undertaker won, Hunter was tired following a brutal match. Meanwhile, Undertaker, along with special guest referee Shawn Michaels, helped Hunter to walk up the ramp, as they broke their characters to thank the fans.

Randy Orton is known to be a vicious heel and an unpredictable babyface. At Survivor Series 2016, he was in the traditional 10-man tag-team elimination match, representing SmackDown. In the match, Shane McMahon was brutally speared by Reigns. Shane's family and kids, who were watching at ringside, were visibly scared, as Orton walked over to them and consoled the son of McMahon. 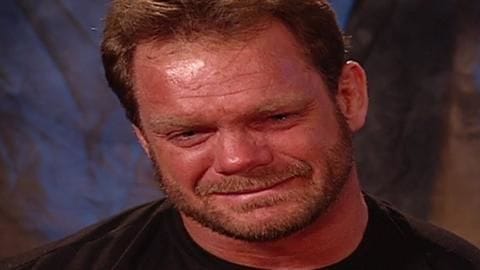 One of the shocking character-breaking situations came in 2005 when Eddie Guerrero passed away due to heart failure. While the fans were genuinely upset after the loss, what made it even unique was that most of the WWE superstars broke their characters on air. From Hunter to Chris Benoit, Big Show, Batista, Booker T, Rey Mysterio and many more shed tears on-air.