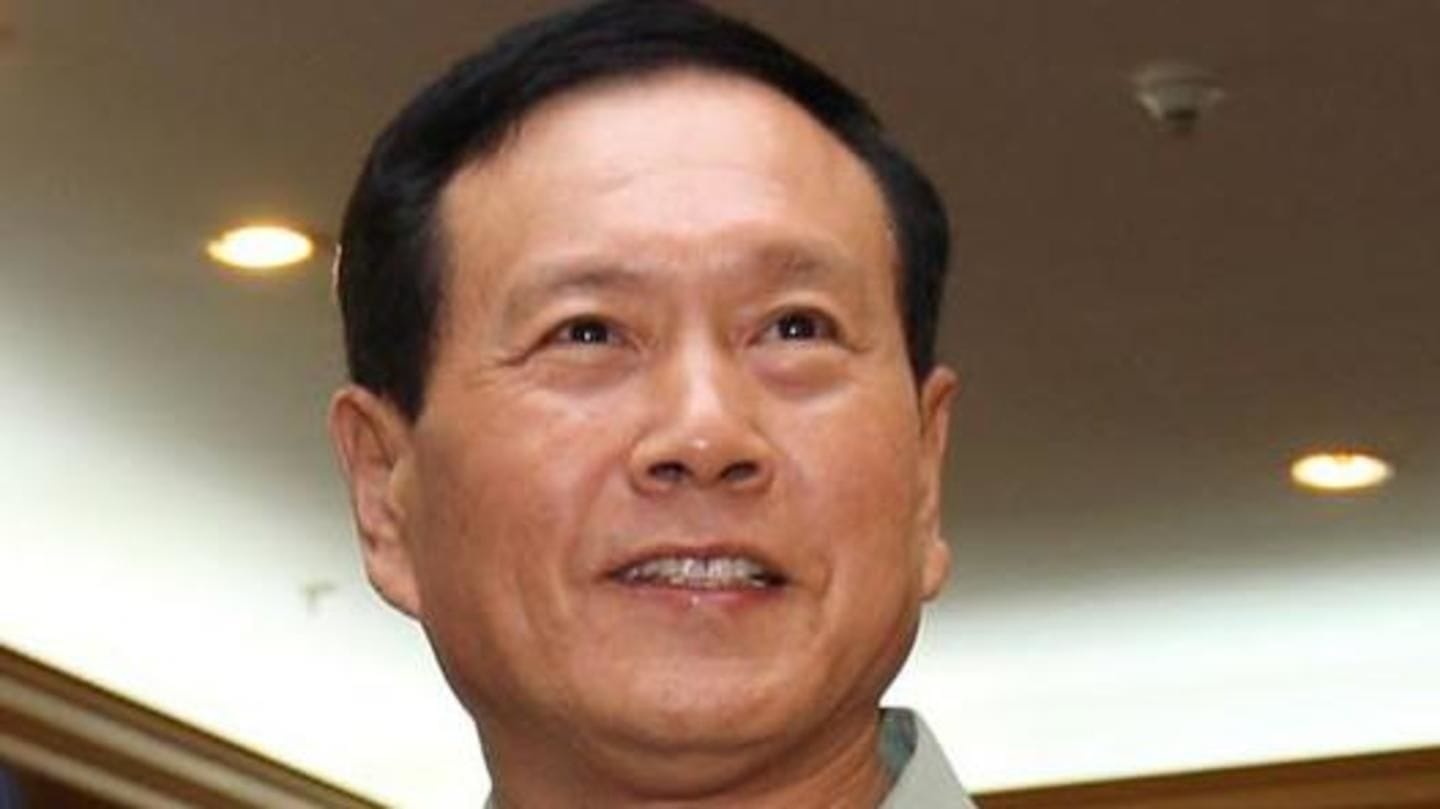 China has appointed former missile unit commander as its new Defense Minister, whose first guest of honor could be his Indian counterpart Nirmala Sitharaman. General Wei Fenghe, a close confidant of President Xi Jinping, was the last commander of China's missile unit, the Second Artillery Corps, before it was split into two: the People's Liberation Army Rocket Force and the Strategic Support Force.

In this article
Diplomatic efforts

Sitharaman recently announced her visit to China next month

Wei Fenghe was appointed as the Defense Minister by the country's rubber-stamp Parliament, the National People's Congress (NPC). Sitharaman recently announced that she would visit China next month, the first visit by a top Indian official since last year's 73-day long standoff at Dokalam in Sikkim section. The visit was announced amid diplomatic efforts by both the countries.

The high-level visits are planned to reset the relations between both the countries in a positive mode. It also includes the expected visit of Prime Minister Narendra Modi to take part in the Shanghai Cooperation Organization (SCO) summit to be held in June at the Chinese city of Qingdao. In China, the military functioned under the Central Military Commission (CMC) headed by Xi.

Gen Wei had backed Xi Jinping's unprecedented overhaul of the country's 2.3-million-strong military which has now been downsized to two million after laying off 300,000 troops. After taking over power in 2013, Xi completely overhauled the command structure of the PLA, the world's largest army. Wei was among the first of a number of senior military officers to pledge their loyalty to Xi.