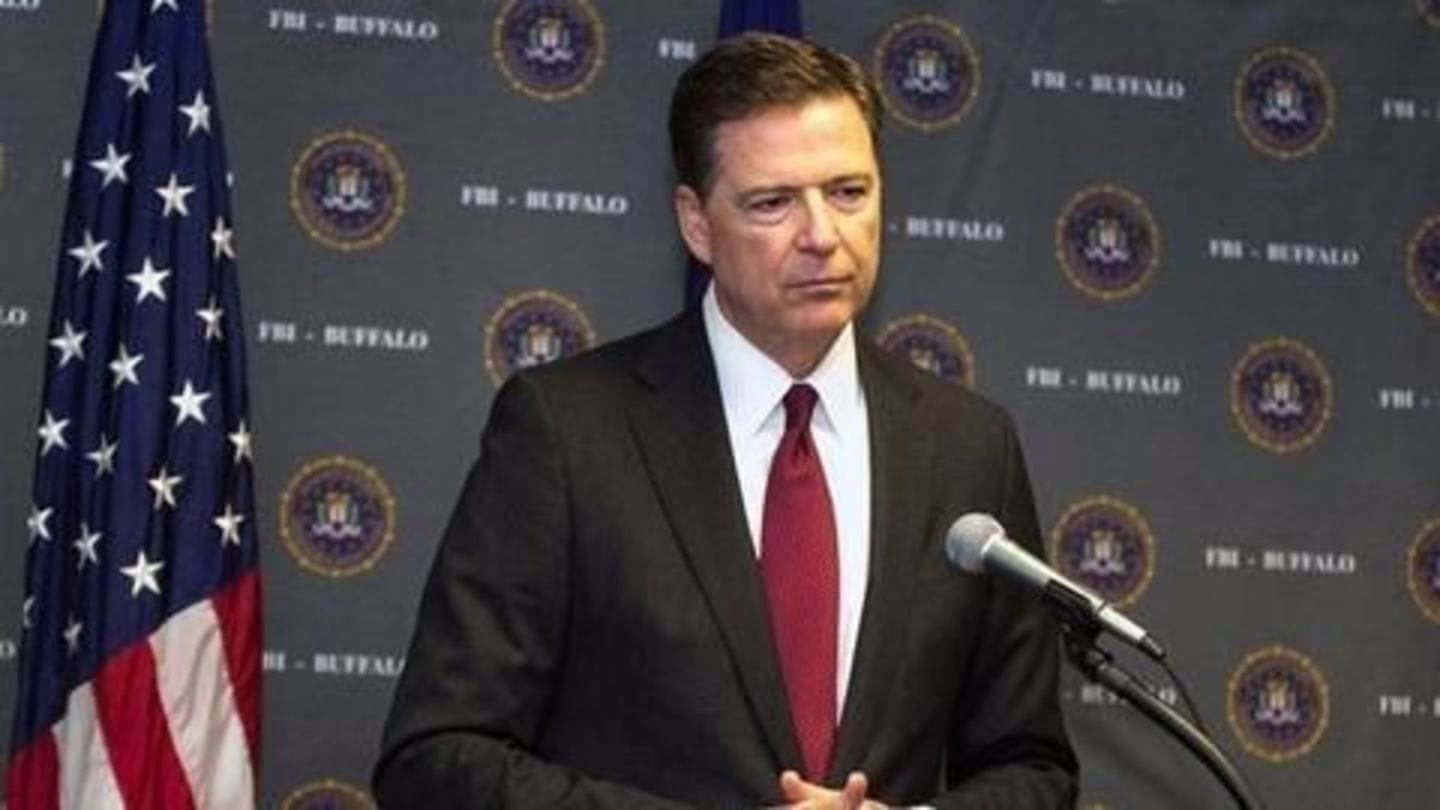 Comey is a key witness in the probe into Russia's alleged interference in the presidential election and Moscow's links to the Trump campaign.

In this timeline, we look at some of the highlights of Comey's explosive testimony. Comey accused Trump of firing him to undermine the FBI's investigation into possible collusion between Russia and the Trump campaign.

He accused the Trump administration of lying and defaming both him and the FBI following his May 9 dismissal.

He believed Trump had directed him to end the investigation into former NSA Michael Flynn who was fired in February over his links with Russia.

Comey said that comments made by the Trump administration following his firing that the FBI was in disarray and that employees had lost confidence in his leadership amounted to defamation. "Those were lies, plain and simple," he said. Comey didn't say whether Trump's actions amounted to obstruction of justice, adding that it was up to Robert Mueller, the special counsel conducting the Russia probe "to sort that out."

"I don't think it's for me to say whether the conversation I had with the president was an effort to obstruct. I took it as a very disturbing thing, very concerning," Comey said. Three days after his May 9 dismissal, Trump tweeted cryptically: "Comey better hope" there aren't any tapes of their conversations.

Comey said this worried him, prompting him to share the notes he had made of his meetings with Trump with a law professor friend at Columbia University.

The New York Times released an article the next day containing details confirmed in Comey's testimony.

'I hope there are tapes,' should be released, says Comey Comey testified he wasn't aware of any tapes of his conversations with Trump. "Lordy, I hope there are tapes," he said, adding that if they exist, they should be released.

Comey said he kept notes after his meetings with Trump because "I was honestly concerned that he might lie about the nature of our meeting, and so I thought it really important to document." He said Lynch asked him to refer to it as a "matter" instead of "investigation."

Comey said Lynch's request gave him a "queasy feeling," left him "confused" and ultimately led him to go public with the case.