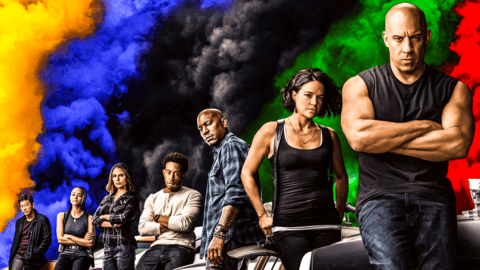 A new action-packed trailer for F9, also known as Fast & Furious 9, released recently. This will be the much-awaited ninth installment in the gravity-defying film franchise, Fast & Furious. F9 has been slated for a June 25 release in the United States and India, but it waits to be seen if the coronavirus situation that time allows for its seamless release.

The 4-minute-long trailer delves into the character of Dominic Toretto's (Vin Diesel) brother Jakob Toretto (played by John Cena). As always, we see cars flying, bombs blasting everywhere, gun draws and Torreto's speech on the importance of family. Meanwhile, Cena's character will be teaming up with another antagonist Cipher (Charlize Theron), who had appeared in The Fate of the Furious (2017).

The returns
We will see the return of Han and Mia

As revealed in the first trailer and some other teasers, F9 will see the return of the beloved Han Lue played by actor Sung Kang. The character was presumed dead after a tragic incident in the 2006 film The Fast and the Furious: Tokyo Drift. Jordana Brewster will also be returning as Mia Toretto for the first time since Furious 7, released in 2015.

Ensemble
The film was originally slated for a May 22 release

The film was originally slated for a May 22 release last year. Justin Lin is back as director, for the first time since Fast & Furious 6. Rounding out the star-studded ensemble cast is Michelle Rodriguez as Letty, Helen Mirren as Magdalene Shaw- the mother of Jason Statham's character Deckard Shaw-, Tyrese Gibson as Roman Pearce, and Ludacris as Tej Parker.

Distributed by Universal Pictures, the Fast & Furious franchise, with a combined earnings of over $5.8 billion, is the tenth highest-grossing film series ever. The film series also propped up a spin-off film in 2019 called Fast & Furious Presents: Hobbs & Shaw. The Fast Saga, which drove actors Vin Diesel and Paul Walker to stardom, will be concluding with the yet-untitled eleventh film.