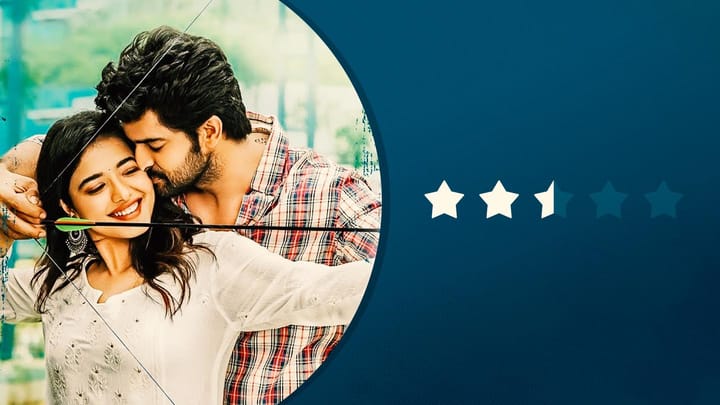 The jukebox of Naga Shaurya and Ketika Sharma-led Tollywood film Lakshya is here! Released recently, the album has just two tracks: O Lakshyam and Saya Saya, both of which make for a fun listening experience. While the first one is an intense, inspirational melody, the other track is a peppy romantic number. Kaala Bhairava has composed the tunes for both songs. Here's our review.

O Lakshyam is a soft number that is quite motivational. It especially showcases crooner Hymath Mohammed's singing prowess. The lyrics offer a glimpse into the hero's inspirational recovery after a career-destroying hand injury. Besides the vocals, there's nothing exclusively impactful about the song. But if you want to pass your time during the afternoon on a weekend, it will be a perfect listen.

If you are someone on the lookout for a feel-good listening experience, you might like Saya Saya. Though the beats make us think that the song could be a mix of several other peppy numbers, it has a unique touch, courtesy of the fresh vocals of Junaid Kumar. Krishna Kanth's writing displays the intensity of love that the hero has for his romantic interest.

Strong songwriting and vocals make the tracks stand out

Both the songs in the jukebox are good for your ears, but they may not be remembered for long. Having said that, the strong songwriting and vocals do make the tracks stand out. In short, these numbers are refreshing, but not impressive. The composer, singers, and lyricists have done a fair job, which somehow didn't work out. Verdict: Both the tracks bag 2.5/5 each.

Besides Shaurya and Sharma as leads, Lakshya has Jagapathi Babu in a pivotal role. The sports drama, directed by Dheerendra Santhossh Jagarlapudi, got released in cinema halls Friday. Junaid Siddiqui is attached to the project as the editor. Jointly bankrolled by Narayan Das Narang, Puskur Ram Mohan Rao, and Sharrath Marar, the film has Raam as the cinematographer. Bhairava has composed background music, too.