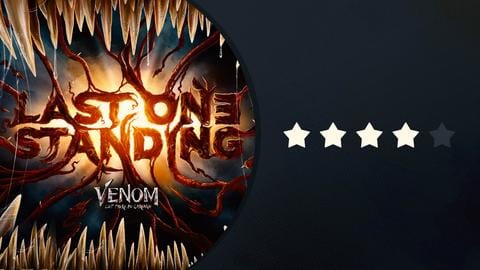 Eminem released his latest track, Last One Standing, as part of the upcoming Sony movie, Venom: Let There Be Carnage, recently. Featuring his frequent collaborator singer-songwriter Skylar Grey, along with Polo G and Mozzy, the track is touching, inspirational, and instantly catchy. While the melody is sleek, the fiery rap is groovy and meaningful. Overall, it's a treat. Here's the review of the track.

Grey's voice begins the over-four-minute track, giving a feel of Rihanna's voice from Love The Way You Lie. Notably, the superhit 2010 track was also co-written by Grey. Then, we are greeted by an impactful first verse by Polo G. The lines, "Been so many times God tested mе. They only see the answers I got right," are profound.

Mozzy's verse is a bit pale but Eminem rules hardcore

Followed by another chorus, Mozzy enters for the second verse. But his lines and flow seem a bit pale in comparison. The momentary dullness is lifted soon in the bridge. And then, we come to the best part: the verse by Eminem. Marshall Bruce Mathers III shows, once again, why he is an untouchable figure in the rapping world. Welcome the Rap God!

We get a message on the anti-hero theme

The 48-year-old gives it back to his haters in the lines: "I learned how to turn resentment and hurt... It's revenge of the nerd, in every sense of the word. But all you see is the fame and the millions." Staying true to Venom's theme of the grey-tinted protagonist, the song also talks about how easy it is to "paint [someone] the villain."

Don't wait, go and add it to your playlist!

I'm sure, listeners would add Last One Standing to their favorites playlist after the first listen. You can try out the track on YouTube or any other music streaming platform. Verdict: The song gets 4/5 stars. To note, Venom 2 is releasing in theaters in India on October 14 and on October 22 in Maharashtra. The Andy Serkis-directorial stars Tom Hardy and Woody Harrelson.

Is Eminem coming up with a third surprise album?

Indians streamed these movies the most this past week

'Venom: Let There Be Carnage' now releasing a day early

The five teaser-trailers that got maximum views in 24hrs globally