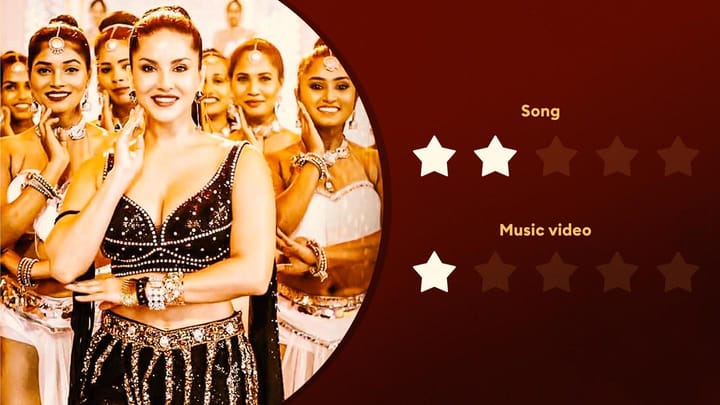 Back in 2014, Bollywood playback singer Kanika Kapoor voiced a dance number, Baby Doll, picturized on actress Sunny Leone. The song broke records and won new levels of popularity for the duo. Now, in 2021, they have come together for Madhuban, a music video. And it's neither easy on the ears, nor the eyes. At least, Baby Doll had catchy beats. Here's our review.

Released earlier today, Kapoor has voiced the majority portions of the song with a fresh talent, Arindam Chakraborty, voicing the male bits. Backed by Saregama Music, the composition has been managed by Shaarib and Toshi for lyrics penned by Manoj Yadav. The trio had quite recently collaborated for Mika Singh's Heartfail. The tune doesn't come with any attractive hooks and the words aren't classy.

Now, let's discuss something that's actually interesting, Chakraborty got the chance to sing in this production after winning a competition, #ReelyFamous on Instagram. In fact, the participant who had been the first runner-up, Shivika Pratap Singh, was also featured in the MV. You would notice her dancing alongside Leone for quite a bit. We just wish the fresh faces would have gotten better projects.

Try out this song at your own risk (don't actually)

While the Ragini MMS 2 song had several objectifying shots as well, it had one thing going the — super catchy tunes. We hope it's clear this project is not worth your time. But to each their own. The music video is available on YouTube. Verdict: While the song gets 2/5, the clip will have to do with 1 out of 5.