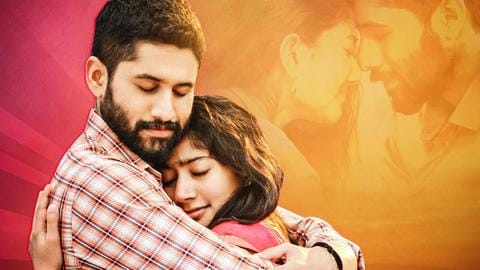 After a long wait, Naga Chaitanya and Sai Pallavi's much-awaited romantic offering Love Story is nearing its release. Makers had recently announced that the Telugu flick will be again postponed from its September 10 premiere date and see a worldwide theatrical launch on September 24. Ahead of that, the trailer for the Sekhar Kammula directorial was released today. Here's a trailer breakdown.

'So happy to be finally putting this out…'

So happy to be finally putting this out… Can’t wait to see you all at the theatre’s again!

Chaitanya's Revanth and Pallavi's Mounica are both struggling to survive

Chaitanya plays Revanth, a Zumba instructor who is working hard to establish a proper business. Then we have Pallavi's Mounica, an engineer, who fails to secure a well-suited job. Both the leads seem to be struggling to cement their footprint in a big city but then their passion for dance brings them together. But will it be enough for sustaining their love and themselves?

A cliche storyline: Boy-girl fall in love but families oppose

As understood from the 2:19-minute-long trailer, Revanth will ask Mounica to join his institute after being blown away by her impromptu street performance one day. Through the course of time, they fall in love. Of course, their journey is not going to be an easy one as their social status, educational qualifications, and family backgrounds are all different. It's pretty much a cliche storyline.

What is exciting about the trailer is the importance of dancing and particularly the dancing snippets of the lead pair. While Pallavi's capability as a dancer is well-known in the south film industry, it is widely refreshing to see Chaitanya match her steps. Reportedly, the duo will participate in a dance competition in the movie. So, we are expecting some great dance sequences.

The movie was originally slated for April 14 release

We can expect Kammula, who has given us romantic dramas like Fidaa in the past, which also starred Pallavi in the lead, to deliver an emotional saga. It also stars Rajeev Kanakala, Easwari Rao, and Devayani. Backed by Amigos Creations and Sree Venkateswara Cinemas, the movie was originally slated for April 14 release. But makers had to postpone it due to the second wave.

While the Telugu superstar is greeting his fans with a romantic movie, his personal love life is reportedly going through a rough patch. Chaitanya is married to actress Samantha Ruth Prabhu. Divorce rumors started spreading after Ruth Prabhu dropped Akkineni from her social media handles.

UAE, Kuwait to be Modi's first foreign visit in 2022

Have you checked out Prabhu Deva-Regina Cassandra's 'Flashback's first posters?

5 new South Indian OTT releases you should not miss