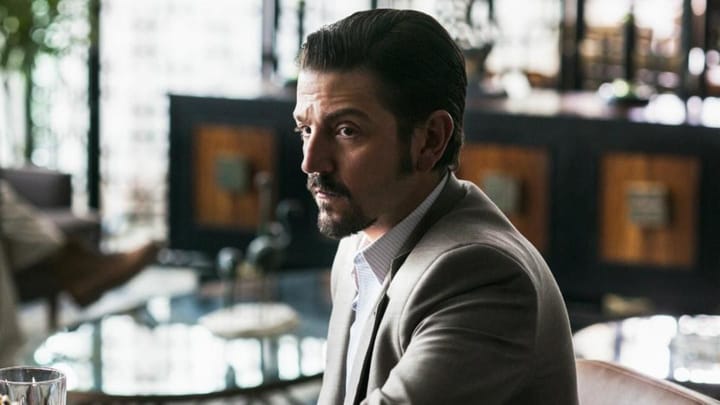 The acclaimed Netflix series 'Narcos' is back for a fourth season, which will be released on November 16 on the popular streaming platform. While the first three seasons looked at the drug trade in Colombia, the fourth season will follow the line of cocaine to Mexico. The trailer shows the formation of the Mexican cartels and USA's war on drugs. We decode the trailer.

'Narcos: Mexico' goes back to 1980s documenting the formation of Mexico's infamous Guadalajara Cartel, led by the fearsome Miguel Gallardo, known as El Padrino or the Godfather. It shows DEA agent Kiki Camarena arriving in Mexico and trying to ingratiate himself with the cartel to take down Miguel. Exploring the Mexican cartel's transition from marijuana to cocaine, the new season promises to be explosive.

Meet the cast of the show

The new season of 'Narcos' is doing away with the familiar faces, and although season 3 had teased Pedro Pascal's Javier Pena heading to Mexico, it appears that he is not the protagonist. The protagonist is Michael Pena's Camarena. Pena played the talkative friend to Paul Rudd's Ant-Man. The antagonist, Miguel is played by Diego Luna of 'Rogue One: A Star Wars Story'.

The characters you should watch out for

One of season 4's characters is Joaquin 'El Chapo' Guzman, who eventually becomes one of Mexico's most infamous drug lords. The character is played by Alejandro Edda from 'Fear of the Walking Dead'. Notably, Guzman has his own Netflix spin-off show. The only familiar face from season 3 is Amado Carrillo Fuentes, the drug trafficker who established ties between the Cali and Guadalajara cartels.

The Rockefeller of marijuana to Carnegie of cocaine

The Guadalajara cartel started with Miguel building trafficking routes and using them to transport marijuana. Due to Miami's security tightening, the Cali cartel tied up with Miguel to help them ship cocaine. In return, Miguel kept 50% of the product, thus entering into the blow business too. Camarena's murder and mounting pressure from the DEA ultimately led to Miguel's arrest and his empire's downfall.

The death of the protagonist?

The trailer shows agent Camarena kidnapped and coming face to face with Miguel, one of the most feared faces in Narco history. For those unaware, Camarena was, in real life, tortured by Miguel for over thirty hours and killed with a drill through his head, when he was discovered to be a DEA agent. We wonder if his character will face the same fate on-screen.

A final take on the trailer

The new trailer shows a lot of violence in Mexico and the accompanying music sets the base for the loud cuts that 'Narcos' fans associate the show with. Pena and Luna both look good in the setting that brings back old school narco-trafficking to the screen. Unlike season 3, which was a bit slow, the Guadalajara cartel's history promises a fast-paced explosive season.