Home / News / Entertainment News / 'Navarasa' trailer: This is going to be a masterpiece 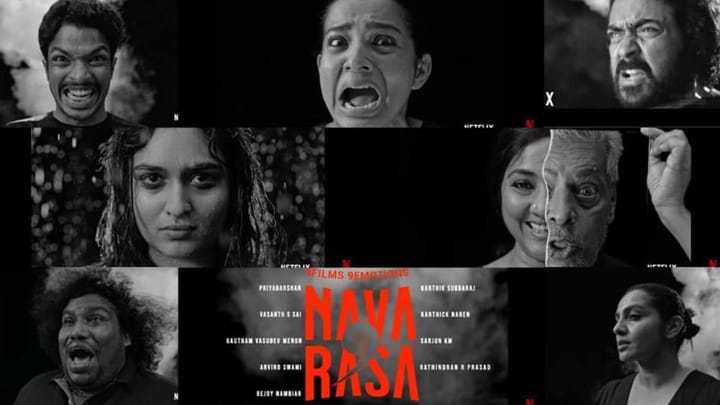 Powerful background music has made the trailer more intriguing

The trailer shows Suriya's intense feelings for someone, Vijay Sethupathi's anger, Revathi being afraid and anxious and Siddharth's crooked smile. The makers have tried to accommodate all the actors in the video with powerful music in the background, which makes it more intriguing. With a bunch of talented actors packed in one, Navarasa has all the potential to turn out to be a blockbuster.

Fans are pouring love for their favorite actors

As soon as the trailer released, the likes and retweets increased by 200 every second. In fact, the YouTube video crossed 65K in just 20-minutes. Netizens have poured their love for their favorite actors in the comments. While one called Suriya "a phoenix," another user said, "fantastic caste, love surya, VJS and Sidharth. Really waiting to see Manikuttan with fantastic stars in Navarasa."

In its date announcement video, the makers had given us an idea that the series will be intense. It was bone-chilling, and had Suriya, Siddharth, Sethupathi, Prakash Raj, Revathy, Nithya Menen, Parvathy Thiruvothu, Aishwarya Rajesh, and Arvind Swami among others, emoting various human feelings. In fact, the songs, which were released earlier, were mind-blowing, and all credit goes to the music maestro, AR Rahman.

'Navarasa' is slated to premiere on August 6 on Netflix