2019 is already begging to look much brighter with our favorite shows returning for new seasons. One of these is Netflix's Stranger Things that was loved for nostalgic recreation of cult sci-fi alien and horror movie atmospheres. Now, the streaming giant has revealed the air date for the third season of the show, along with a new trailer and poster. Here's all about it.

'Stranger Things' takes us back to fateful summer in 1985 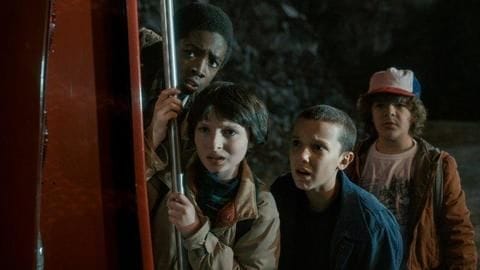 The new trailer of Stranger Things takes viewers back to New Year's Eve in 1985, and we see clips of Dick Clark's New Year's Rockin' Eve being broadcast. Just before celebratory fireworks go off, a tagline appears saying 'one summer can change everything' followed by a date, July 4, 1985, when Season 3 is based, before revealing the release date as July 4, 2019.

Netflix followed the trailer with a poster showing the protagonists

Following the trailer, Netflix tweeted a poster showing protagonists Dustin, Lucas, and Max looking at the fireworks in the sky. Mike, however, is holding Eleven's hand, and seems to be staring at her. Eleven, for her part, appears to be looking at something that is ominously out of frame. We see Will looking in the same direction as Eleven, presumably seeing the same thing.

The new trailer shows us the Dick Clark broadcast and we see that Starcourt Mall, which was teased earlier, had a commercial running in Hawkins, Indiana during the broadcast. This, coupled with the fact that the final episode of Season 3 is titled 'The Battle of Starcourt' leads us to believe that the mall will play an important role in the third season.

Upside Down is coming to Hawkins in a big way

The trailer further shows the broadcast screen turn upside down, hinting at the presence of Upside Down, the monster-infested realm of Hawkins. The poster also showed that Eleven and Will were looking at something out of focus, leading us to believe the monsters from Upside Down might invade Hawkins, culminating in a battle at Starcourt Mall in the season finale.

'Stranger Things' season four: What can you expect this time?

'Lucifer' season six: Get ready for the Angel this September

'Stranger Things' season four: What we know so far